A group of international consultants has appealed for the medical team on board Ireland's first community-run air ambulance to be made up of a doctor and a paramedic.

The group, which contains consultants in emergency medicine, anaesthesia, pre-hospital and retrieval medicine, has written an open letter to the Government.

Their call is being resisted by the HSE and the National Ambulance Service, which plans to staff the air ambulance with an advanced paramedic and an emergency medical technician.

The ambulance, which is funded by charity, arrived in Kerry on Friday.

Five advanced paramedics and five emergency medical technicians will begin a month's specialist training today. They will make up the medical crew in teams of two.

However, the consultants group said that an advanced paramedic/EMT team does not meet international standards.

They say it will not be able to provide advanced pre-hospital medical and trauma care to many critically ill and injured patients.

The consultants, many of whom are Irish, are based in the UK, the US, Australia, New Zealand, Canada and Europe.

They say a doctor/paramedic team will improve clinical outcomes and save more lives.

Dr Brian Burns, an Associate Professor of Emergency Medicine at Sydney University, said it would be a shame for the service to start without meeting international standards.

Speaking on RTÉ’s Morning Ireland, Dr Burns pointed out that the lifetime cost of an adverse outcome in head injury was millions and that the staffing cost of adding a doctor to an air ambulance service would save the health service "many times over".

Dr Burns, who is a member of the Greater Sydney Area Helicopter Emergency Medical Service, said that Ireland was an advanced country that spends a lot of money on healthcare and deserved a standard pre-hospital advance trauma team.

This service was not, he said, a "Rolls Royce" service but a "Toyota of the pre-hospital trauma world". 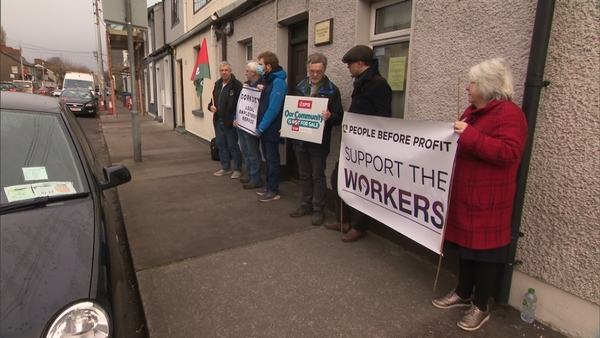 Protest at Taoiseach's office over future of services

HSE review on mental health services to be published