The National Ploughing Championships in Tullamore will now be held on Friday, the organisers have confirmed.

The announcement comes after the second day of the event was cancelled today due to public safety concerns.

The opening of the site had initially been delayed two hours from 9am to 11am, before it was then put back to this afternoon.

The decision was then made to cancel the second day of the three-day event.

The organisers have now announced that the event arena will be open for an "extra" day on Friday.

They said wristbands for today's event will be valid on either tomorrow and Friday, whichever day people choose.

Speaking on RTÉ's Today with Sean O'Rourke, the Assistant Director of the National Ploughing Association, Anna Marie McHugh, said it became clear this morning that the storm was not passing as quickly as thought.

She said initially the outlook last night was more positive than what happened this morning.

Ms McHugh said parts of tents had been affected, with hoarding and pagodas knocked off.

She said workers would wait until the winds had abated before they could enter the site to carry out repairs. 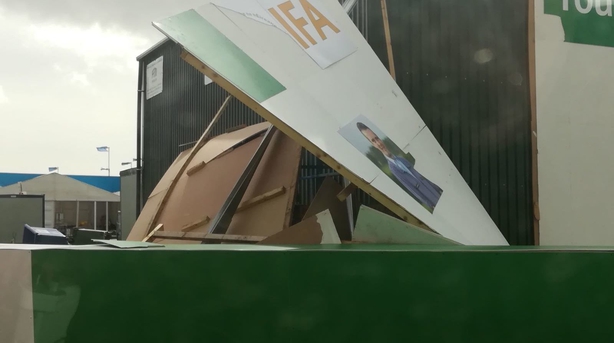 This morning, a National Ploughing Association spokesperson said the safety of the public and exhibitors was of paramount importance.

There were reports that many smaller tents, as well as portaloos, were knocked over on the site.

Almost 100,000 people from all parts of the country visited the championships yesterday, for what is the biggest outdoor event of its kind in Europe.

It is only one week since Met Éireann announced the list of official names chosen for storms for the 2018 to 2019 season and already the first one, Storm Ali, has hit.

Storm Ali triggered a Status Orange weather warning with gusts of up to 120km/h forecast in parts of the country.

More than 1,700 tents and marquees, as well as marketing and exhibition displays, have been temporarily erected on the outdoor site.

Images from #ploughing18, where #stormali forced the cancellation of day two of the National Ploughing Championships pic.twitter.com/3SPNxgVnBr 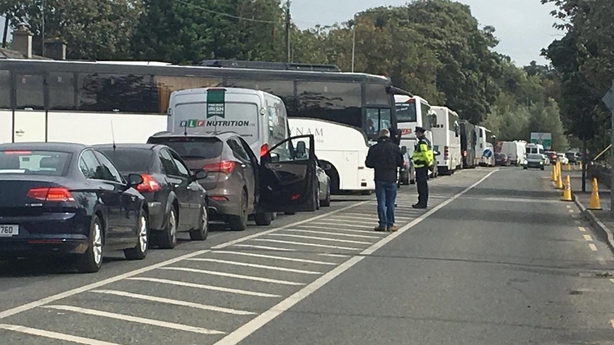 Earlier, Irish Creamery Milk Suppliers Association President Pat McCormack said there was frustration building up among the exhibitors and visitors.

He said people's heath and safety should be paramount and in hindsight a decision should have been made yesterday given the efforts people have made to travel with young families.

He said exhibitors are concerned that repairs will have to be made and no repairs could be made in winds of this speed.