A survivor of physical and psychological abuse at the hands of the paedophile priest Malachy Finegan has called on anyone who turned a blind eye to Finegan's abuse of children to immediately tell the police what they know.

In a statement, Clem Leneghan, the youngest brother of the former President Mary McAleese (below), said he did not wish his own story to obscure the need for the victims of Finegan's serial child sexual abuse to learn the truth and achieve justice.

Mr Leneghan's statement comes as the Catholic Church-established National Board for Safeguarding Children in the Catholic Church in Ireland (NBSCCCI) distanced itself from its praise in 2011 of Bishop John McAreavey's response to Finegan's abuse. 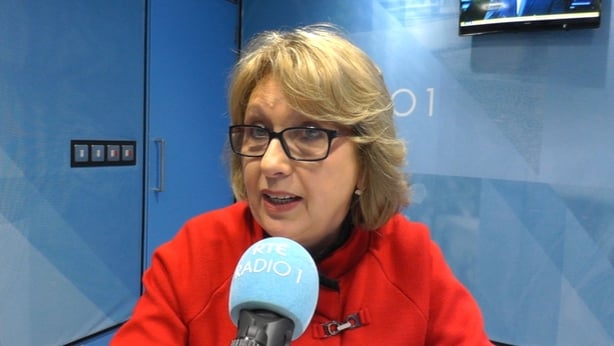 Mr Leneghan, who was abused at St Colman's Grammar School in Newry where Finegan was president for 11 years, supported Ms McAleese's call for an independent inquiry into child sexual abuse at the school.

"I call on Karen Bradley, as Secretary of State for Northern Ireland, to lose no time in initiating an independent inquiry," he said.

Mr Leneghan said that while Finegan himself can no longer be called to account in the courts, he was aware that other adults - both in St Colman's and more broadly within the Dromore Diocese - failed to act despite knowing about the paedophile's activities.

"Gentlemen, you know who you are," the statement continued.

"On behalf of all victims of abuse, of whatever form, I call on you now to come forward and tell what you know to the PSNI.

"Please, do it today. If you can find the courage to speak then you may, even now, help bring some healing to those who continue to suffer for the crimes of Malachy Finegan. If you choose to continue in your silence, history will not be kind to your memory," the statement concluded.

The Catholic Church-established National Board for Safeguarding Children in the Catholic Church in Ireland (NBSCCCI) has distanced itself from its praise in 2011 of Bishop John McAreavey's response to Finegan's abuse.

The row-back follows the recent revelation by both BBC Northern Ireland's Spotlight programme and the Newry Reporter newspaper that the bishop concelebrated public masses with Finegan in 2000 despite a church ruling that the abuser should only celebrate mass in private.

Last month, Bishop McAreavey resigned in the wake of the revelations.

A NBSCCCI audit of the diocese of Dromore's response to allegations of clerical sexual abuse was published in 2011. It continued the Board's practice of not naming perpetrators. However, a Board spokesman has identified to RTÉ News the passages referring to Finegan.

The audit concluded that most of the abuse cases involving the paedophile had been managed under Dr McAreavey's leadership after his appointment as bishop in 1999.

The report recalled that Bishop McAreavey had dealt personally with many of Finegan's victims and the reviewers said they were "impressed by the personal interest" the bishop had taken "in supporting these victims and their families, some of whom he remains in contact with".

Asked by RTÉ News if the Board stands by these findings in light of recent media revelations about the bishop, an NBSCCCI spokesman said: "The review focused on safeguarding practice in 2011 so the main report on that practice at that time in Dromore would not change.

However, he continued: "The elements of it that refer to allegations against Fr Finegan might have been harsher on former practice if we had been aware of the masses Bishop McAreavey had concelebrated with Fr Finegan and the bishop's celebration of Fr Finegan's funeral mass."

The spokesman also said that the Board has published on its website guidance for church authorities regarding the celebration of funeral masses for clergy who have abused.

If you have been affected by issues in this report, you can contact several services: