David Drumm is due back in Dublin tomorrow morning to face 33 charges relating to Anglo Irish Bank.

The former chief executive officer of Anglo is to be flown to Dublin from Boston and will appear before the Dublin District Court to face the charges.

He waived his right to challenge his extradition from the United States last month and his arrival back to Dublin has been expected since then.

Mr Drumm has been in custody since he was arrested at his Massachusetts home on 10 October after Irish officials asked that he be extradited to face a 33-count criminal indictment related to the collapse of the failed bank.

The offences fall into a number of categories including charges relating to forgery and falsifying documents, conspiracy to defraud, giving unlawful financial assistance to buy shares, false accounting practices and the disclosure of false or misleading information to the stock exchange in a management report.

He will be accompanied by gardaí on his way home and is expected to be brought to the Bridewell Garda Station in Dublin to be charged.

He will then be brought before the Dublin District Court in the Criminal Courts of Justice building. A Boston court has heard that he intends to contest the charges.

He is likely to apply for bail at the District Court. If he is refused, he can appeal that refusal to the High Court. 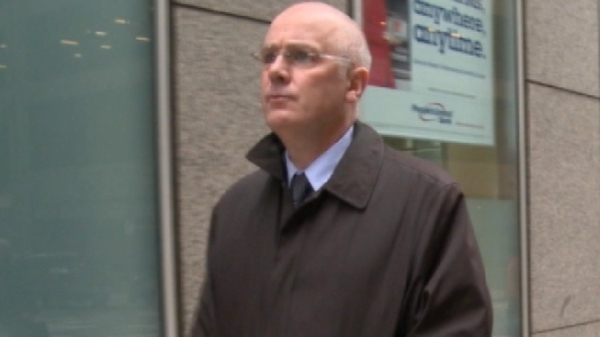