The Taoiseach has said the Government intends to "press ahead" with the National Maternity Hospital, while describing concerns over ownership of the site as a "red herring".

Speaking on RTÉ's Morning Ireland, Micheál Martin said there will be further debate this week and the Minister for Health Stephen Donnelly will go before the Health Committee.

There will also be Dáil statements on the matter.

Mr Donnelly will first meet with Fine Gael politicians tomorrow to address concerns about the plan.

However, the Taoiseach is adamant that after this week's discussions are completed the hospital will proceed.

He said public concerns have been comprehensively addressed and the hospital will be obliged to carry out all legal services.

Mr Martin said: "I think it's time to centre on the real concern and that is that the current hospital is simply not fit for purpose and the idea that we continue to transport women across the city, who could be ill and vulnerable, that's not acceptable at all and that's what I'm concerned about."

He said that since the documents on the agreement with St Vincent's Hospital were published, "I have not heard a sustainable argument of substance, in my view, that would cause people to cease with this project, or stop it in its tracks or pause or it."

Last week, the Cabinet delayed deciding on a proposal to move the hospital to the St Vincent's campus.

Mr Martin said that in his view, the current National Maternity Hospital at Holles Street is "not fit for purpose for the women of Ireland", and the new hospital will be a very significant advance on the current one.

He said the new hospital will house a "world class neo-natal unit" with more cots and individual rooms which will help the outcomes for premature newborns from as early as 23 weeks.

He said this is about a world class facility to advance outcomes for women and newborns.

Mr Martin said the co-location idea with St Vincent's University Hospital was something that was developed nearly 20 years ago by expertise, saying that maternity hospitals and neo-natal care units in the future should be co-located with major tertiary hospitals.

Asked about concerns expressed over ownership structures and full services being offered, the Taoiseach said these have been "comprehensively addressed".

Taoiseach Micheál Martin has said the Government plans to press ahead with the current plans for the National Maternity Hospital.

He said the current hospital at Holles Street is 'not fit for purpose for the women of Ireland' | Read more: https://t.co/YPbEqmbck9 pic.twitter.com/XekjK4m6Sp

Mr Martin said two clauses in the constitution of the new hospital oblige the directors to carry out all legal services permissible within the State.

He added: "Also the Minster [for Health] can direct them to so do and they must comply, and then you look at the operating license which the Health Service Executive will be giving to this hospital, which again will be obliging the hospital to carry out all legal services permissible in the State".

He said the ownership of the hospital is clear and the Government will be pressing ahead with it.

Read More:
Will the new national maternity hospital ever get a due date?
NMH discussions need to reach conclusion - Taoiseach
No ambiguity over NMH independence - Donnelly

Mr Donnelly said he expects the plan for the National Maternity Hospital will be approved when it comes back to Cabinet next week.

Speaking on RTÉ's News at One, he said the plan must proceed to ensure patients' dignity and a full range of services.

"Why is that? Look, Holles Street cannot provide the dignity to women, the privacy women need and the full range of services that they need.

"We've critically ill women being transferred sometimes in the middle of the night to St Vincent's, where they need a specialist care."

Mr Donnelly said hundreds of women every year have to go to St Vincent's and other hospitals to get scans and to get procedures that they should have in a maternity hospital, and that neonatal wards are "cramped".

He said a number of ministers had "expressed reservations about the plan and wanted more time to look at it".

He said the views being expressed at Cabinet were "not specifically around any aspects of the deal" but more time and engagement was being sought to review the documentation.

Mr Donnelly added that people around the country are also nervous.

"As we all know, Ireland does not have a good track record when it comes to the Church and women's reproductive health, so people around the country are nervous," the minister said.

"They want absolute guarantees that this new hospital will provide all of the services - that it will be fully independent - and that is exactly what we've done."

Earlier, Sinn Féin's Health Spokesperson described the comments from the Taoiseach regarding the National Maternity Hospital as "unhelpful".

David Cullinane said that if members of Government considered the ownership deal to be a "fait accompli", they should "just say so".

Deputy Cullinane reiterated his party's position that the land should be gifted to the State. 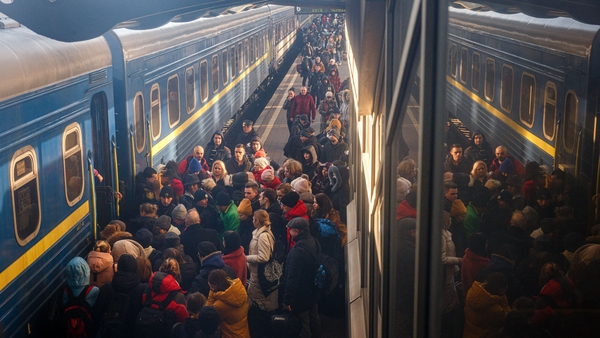