Hundreds of thousands of demonstrators waving Catalan flags and chanting "Independence" and "Freedom for political prisoners" are protesting in Barcelona.

It is the fifth day of protests in the Spanish city against the jailing of separatist leaders. The marchers include workers on strike.

Many of the protesters began their journeys to the city on Wednesday from municipalities across the northeastern Spanish region, after the Supreme Court sentenced nine separatists to up to 13 years in jail over a failed bid to break away from Spain in 2017.

Pro-independence leaders went ahead with a 2017 referendum on independence, despite it being deemed illegal by Spanish courts, followed by a declaration that the region was breaking away from Spain.

The sentences sparked the worst sustained street violence Spain has seen in decades. 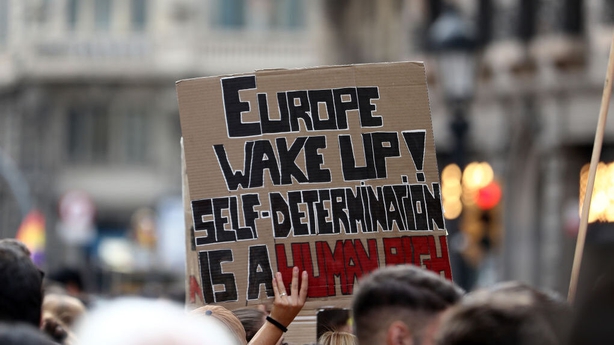 "Throughout this week, as you well know, there have been violent incidents in Catalonia. They have been organised ... by groups who are a minority but are very organised," Interior Minister Fernando Grande-Marlaska told a news conference.

"Their actions, as we have already said, will also not go unpunished."

The protests have so far been peaceful, ranging from families pushing prams to cyclists wheeling their bicycles and people draped in the Catalan independence flag, who took over major roads as they walked towards Barcelona.

Some in the Catalan capital stood by the roadside, applauding as the demonstrators arrived.

Read more: We are tired of the repression, says Barcelona protester

Several main streets in the city were closed to traffic in anticipation of the marches.

Regional trains and the city's metro were running on a reduced timetable after pro-independence unions called a strike.

Barcelona's main landmark, the Sagrada Familia cathedral, was closed due to the protests, an official said. 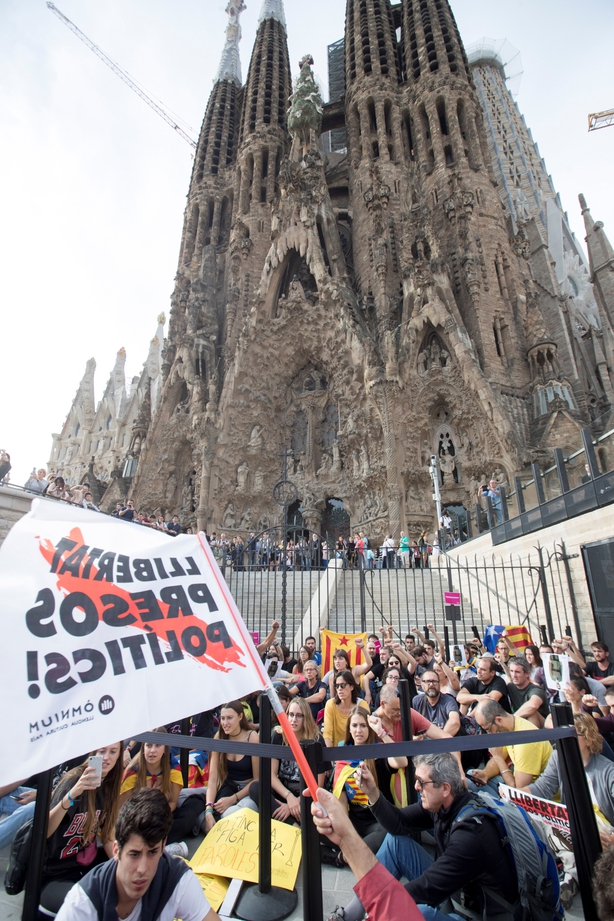 The Spanish soccer federation (RFEF) said in a statement that Barcelona's home league match against Real Madrid on Saturday 26 October, one of the biggest rivalries in sport, had been postponed due to security concerns. The match will now take place on 18 December.

Local authority officials said that 700 rubbish bins were set ablaze since protests began on Monday and estimated that the city had suffered damage totalling more than €1.5 million.

Police said that 16 people were arrested across Catalonia yesterday.