The Government announcement of a sectoral emissions ceiling for agriculture 25% lower than emissions in 2018 is a potentially devastating blow for Irish farming and the rural economy, the Irish Farmers' Association has warned.

IFA President Tim Cullinan said the deal between Fianna Fáil, Fine Gael and the Green Party is "all about the survival of the Government rather than survival of rural Ireland".

"The Government has agreed to a target without any pathway to get there or any budget to assist farmers to reduce emissions.

"They have no idea of the economic and social impact of today's decision on the farming sector or rural Ireland. Farmers across the country will be rightly worried about what this means for their future," he said.

"Any attempt to undermine farmers livelihoods or the viability of sector, in order to achieve these targets, will be opposed vigorously by the IFA," he added.

The president of the Irish Creamery Milk Suppliers Association has described the decision by Government to put forward a 25% reduction of emissions for agriculture as "very disappointing".

Speaking on RTÉ's Drivetime, Pat McCormack said it would be a huge challenge but the proposal was a win for Green Party leader Eamon Ryan.

He said the additional 3% to be delivered - from the lowest target of 22% to 25% - is going to "undermine the viability" of the family farm structure.

"We needed an ambitious target that was potentially achievable, I see the level of achievability gone out of these targets," he added.

The ICMSA chief said that over the last two governments, the policy has been to embrace agriculture to deliver for the rural economy, particularly with the abolition of quotas.

"So this is a huge change and is going to effect the momentum of rural Ireland."

Mr McCormack said the cheap food era is over as the emissions target will result in "huge price increases".

"The farm families are on the front line but the consumer is going to take a significant hit as beef and dairy prices will have to go up," he added.

He said that clarity was needed in the overall emissions from bovine animals.

The ICSMA president warned there will now be losses in jobs in "every rural parish, constituency and directly on farms".

He added: "We need to protect what we have, embrace technology and change. Agriculture can play a significant part in energy with solar panels and micro-renewable energies at farm family level." 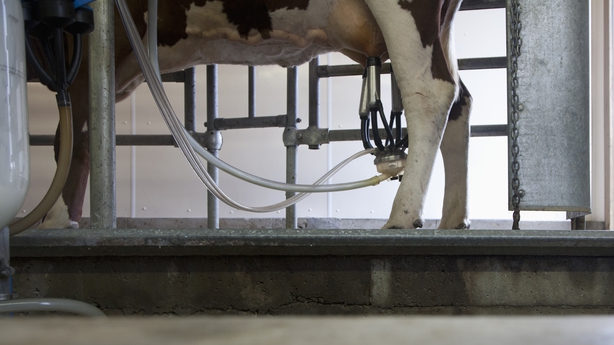 The Irish Cattle and Sheep Farmers' Association said farmers are "willing to do everything they can to improve sustainability and reduce emissions".

ICSA President Dermot Kelleher added: "The Government will have to step up to the plate and deliver on the financial support that farmers need to implement existing and soon to be available technologies.

"Moreover, money will have to be front-loaded into research on carbon storage in soil, trees and hedgerows with a view to farmers being able to either offset emissions like other sectors or to sell carbon credits."

Mr Kelleher said it was "deeply regrettable that the Government has put in place hugely challenging targets without any clear plan for farmers on how 25% can be achieved ... without destroying farm viability."

The ICSA is also urging the Government to insist on a blanket ban at EU level on meat imports from outside the bloc given the "incredible stress farmers have been put under in recent weeks".

Philip Carroll, Chairman of Meat Industry Ireland, said: "While this target poses a difficult challenge to the agriculture sector, and for farmers in particular, our members will continue to do all within their control to assist the transition to a low carbon economy in the decades ahead."

He warned that the transition that is necessary "will lead to significant additional costs for the beef sector" and urged: "Targeted Government support measures for farmers to assist with this transition should be introduced as a matter of urgency."

Ibec, the group that represents Irish business, said it welcomed the news that an agreement had been reached on sectoral emissions ceilings.

Ibec's Director of Lobbying and Influence, Fergal O'Brien said: "Budget 2023 is an opportunity to mobilise decarbonisation across the economy through the provision of enhanced supports and resources.

"Recently announced state aid flexibilities also provide an opportunity to accelerate renewables and emissions reductions across industry and Government must provide the necessary investment supports to facilitate this."

The Irish Solar Energy Association (ISEA) said it welcomed the Government's plan to increase the target for Solar PV capacity by 2030 to 5.5GW, up from the previous goal of 1.5-2.5GW. 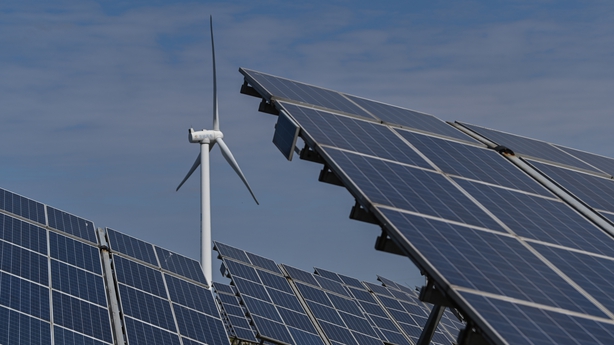 Conall Bolger, CEO of ISEA said: "It recognises that solar at scale, working in tandem with wind and storage, will be critical in moving Ireland towards its zero carbon future."

Friends of the Earth has said the 25% emissions cut in the agriculture sector was not enough.

Spokesman Oisín Coghlan told RTÉ's Drivetime that more was needed from agriculture as the rest of the economy and society now has to go the extra mile in transport and home energy.

Mr Coghlan said there needed to be a move away from the intensive beef and dairy model for agriculture and move into a diverse way of doing things.

He said that it has taken far too long to get supports for solar in place, but opportunities for renewable energy from farming are considerable.

"Once you accept that cattle numbers will reduce over time, that drives reductions," he said, however he noted that you won't get 100% of farmers doing best practice.

As well as this move, he said we needed more cars off the road, more houses getting to zero carbon, more cycleways and walkways and that all sectors needed to look at radical transformation as quickly as possible.