Four people are being treated in hospital tonight after a car crashed into mourners at a Dublin funeral this morning.

The incident happened at the Church of the Immaculate Conception in Clondalkin just after 10am.

Two of the injured are said to be in a serious condition at St James's Hospital.

Gardaí have described the incident as an accidental collision.

A number of other people also received minor injuries and were treated at the scene.

A white Toyota car was examined at the scene before being removed by garda forensic collision investigators. 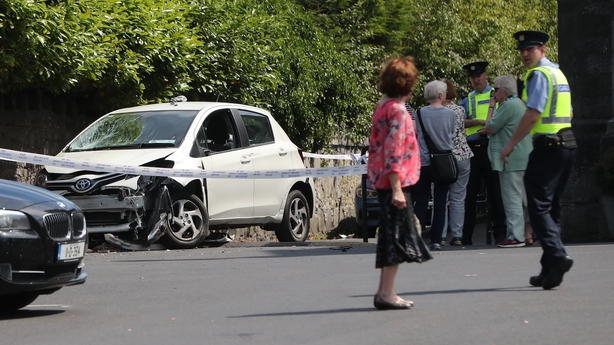 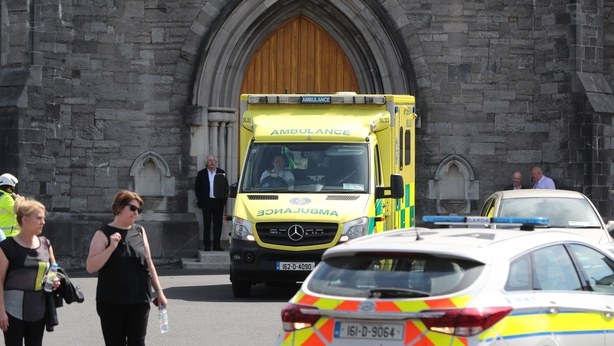 Eye-witnesses said a large crowd was waiting in the church yard on the arrival of the hearse for this morning's funeral.

They reported that the car involved in the incident was manoeuvring in the church yard.

One girl who spoke to RTÉ said she was hit by the car and received minor injuries.

She said she and four others were taken to hospital in one ambulance.

She said people were shocked and frightened by what had occurred.

A funeral, that had been scheduled for 10am at the church, was deferred until the afternoon.

In a statement, the Archdiocese of Dublin expressed its sympathies to those who were injured in the incident. 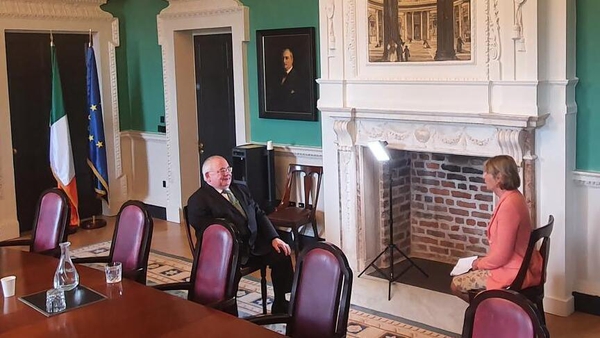