The piloting of this technology is part of the legal system's response to the Covid-19 pandemic.

Reporters were permitted to be present in a courtroom where the remote hearing will be shown on screen, but the Courts Service said they will be able to access such hearings remotely themselves in the near future.

The Court of Appeal is also due to hold a number of appeals remotely this week.

The Courts Service said it hopes to roll out the piloting of these remote courts to other suitable cases in other courts.

The service, along with Chief Justice, Mr Justice Frank Clarke, and the presidents of the various courts, are also looking at ways to conduct cases in court, when the current restrictions are eased, in a way that would respect social distancing and ensure the safety of court users.

The Courts Service said this pilot scheme is being operated from within current resources and by changing the way it uses the current technology infrastructure.

Parties can join this app from other services, including Skype or Zoom. 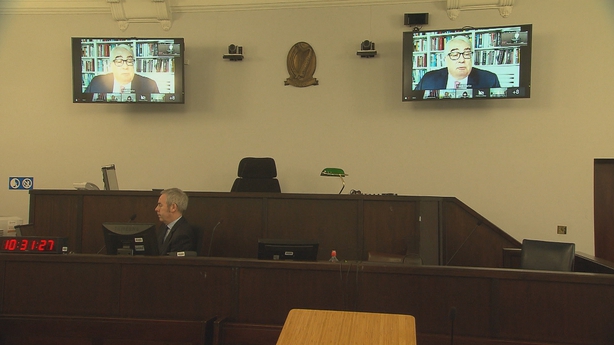 The hardware used in court is usually used for video links to prisons or to witnesses who are not required to be in court.

In a statement at the outset of the proceedings, Mr Justice Clarke said he suspected it would be the first of many remote hearings of the Supreme Court in the coming weeks and months.

He said other countries had started such hearings already, but they were coming from a significantly higher technology base than the Irish system.

The Chief Justice has previously spoken of the need for funding to update the IT systems used in the Irish courts.

He said remote hearings were likely to prove suitable to almost all cases in the Supreme Court and many in the Court of Appeal, but he said there would be different considerations in the lower courts.

Mr Justice Clarke said the hearings would be suitable for some types of proceedings in the High Court and a limited number of cases in the district or circuit courts.

But he said the presidents of the courts and the Courts Service were exploring ways to increase the number of cases that could be dealt with in physical hearings.

He paid tribute to judges working on urgent cases throughout the country, saying the district court in particular had to bear a particular load because of often urgent criminal and family hearings.

Mr Justice Clarke said guidance in relation to lodging and filing documents electronically was being worked on.

Difficulties had been encountered he said in managing documentation consisting of a large number of scanned documents which resulted in very large electronic files.

He said the Supreme Court had also introduced a new procedure where it would issue a "statement of case" in advance of an appeal hearing.

This would allow the court to set out its understanding of a case and allow parties to clarify any matters.

Mr Justice Clarke said remote hearings would not be suited to the kinds of debates between judges and barristers whom he said had been common in the past.

The Chief Justice said the changes would be kept under constant review. The hearing this morning involves the case management of a number of cases.

When the first cases of Covid-19 were diagnosed in Ireland, barristers and solicitors criticised the slow reaction of the legal system.

Lawyers and clients had to continue to congregate in cramped courtrooms, particularly in the Criminal Courts of Justice, even as the public was being urged to comply with social distancing measures. 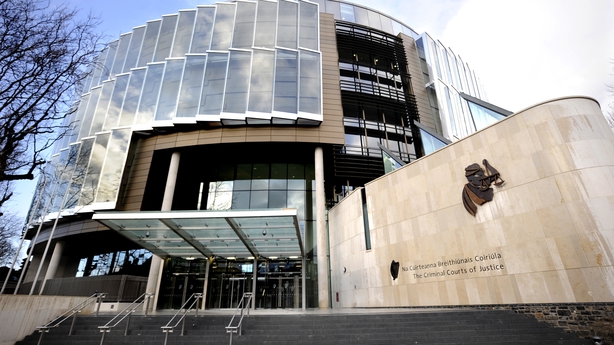 Since then, however, a series of measures have been taken, culminating in these first remote hearings.

The Court of Appeal is due to hear three cases remotely this week, including a convicted murderer seeking to have his conviction overturned, a man appealing the severity of his sentence for handling stolen property and the appeal of a man in his 80s convicted of sexual offences.

The cases involve single grounds of appeal. In the civil courts, all judgments will now be delivered electronically to the parties and they will be invited to make submissions electronically unless an oral hearing is required.

Criminal trials pose a particular problem as they involve the swearing in of juries. Normally juries gather together in the jury room of the criminal courts and are called to the court room via video link.

That is obviously not possible given the current restrictions.

A number of jury trials reached a conclusion just before Easter. They involved jurors deliberating not in their normal jury rooms, but in empty courtrooms, observing physical distancing. New trials are likely to be adjourned until the situation changes.

The courts are open for urgent matters, such as bail applications, injunctions, examinerships, certain wardship matters or judicial review applications, as well as applications for issues around family law and domestic violence including seeking protection or barring orders.

One barrister who took part in a mock hearing last week to test the ability of the courts to deal with remote trials, said it was good to have the facility to continue to deal with certain cases.

Tony McGillicuddy said it was important that there would be some form of public access to the hearings, to ensure the principle of justice being carried out in public was adhered to.

The remote hearings took a bit of getting used to, he said, and the normal flow of interaction between barristers and judges was awkward to replicate remotely.

He said it was important that they learned to "walk before they could run".