The Department of Health has reported 329 new cases of Covid-19.

The number of people in intensive care units is 19, down four from yesterday.

There are 57 people being treated for the virus.

The Department said that daily case numbers may change in future to data review, validation and update.

In Northern Ireland, the Department of Health has reported a further 143 Covid-19 infections.

No further coronavirus deaths were reported in the past 24 hours.

There are 16 confirmed Covid patients in hospital, with none in ICU.

At tonight's meeting of the Fianna Fáil parliamentary party, Taoiseach Micheál Martin said that antigen testing is being trialed in certain areas including third-level colleges. His comments come after an appearance by Dr Tony Holohan before an Oireachtas Committee on the subject of antigen testing earlier today.

Mr Martin said that the reopening of society and the economy is working and people have been very cooperative.

He said it is hoped that the vaccine registration portal for 30-39 year olds will open in the next day or two and up to 340,000 vaccines are being administered every week now.

He said the country is suppressing the virus but the lid must be kept on the Delta variant and basic safety advice still has to be followed.

Work was ongoing he said on reopeing non-essential international travel from 19 July.

Earlier, the HSE's Chief Clinical Officer said the high uptake of Covid-19 vaccines has led to a "collapse in the harm" caused by the virus in the vaccinated population "way beyond" what was expected in clinical trials.

Dr Colm Henry said the vaccine programme promises to "release us from the vice of this virus and that is a cause for hope".

He said that Ireland's uptake of the vaccine has been over 90% among the over 60s and that bringing forward the second dose of the AstraZeneca vaccine will see this cohort fully vaccinated by mid-July.

Around 450,000 people are awaiting a second dose of the AstraZeneca vaccine.

The HSE said yesterday that it has put into operation the updated advice from the National Immunisation Advisory Committee to reduce dose intervals of the vaccine from 12 to eight weeks.

It follows on from a recent change in the gap between the two doses from 16 to 12 weeks.

Speaking on RTÉ’s Today with Philip Boucher-Hayes, Dr Henry said there is a reasonable expectation that by 5 July there will be well over 30% of the population fully vaccinated, but this is dependent on supplies.

He said there is compelling evidence that full vaccination gives considerable protection from serious illness and urged people to get their second vaccine dose.

However, he said, there is some evidence of "vaccine escape" in relation to the Delta variant, where just one dose of a two-dose vaccine has been administered.

Dr Henry also said an announcement on when registrations will open for the 30-39 year age group will be made later this week.

Meanwhile, Health Service Executive CEO Paul Reid said supply lines with AstraZeneca have been firmed up and anyone due their second dose of the vaccine should receive it within the next five weeks.

Speaking on RTÉ's Morning Ireland, he said the total vaccination programme this week will be between 310,000 and 330,000 and of that 90,000 shots will be AstraZeneca.

Following on from that, he said, around 100,000 AstraZeneca vaccines should be administered.

He said the HSE gets confirmation of delivery around two weeks ahead of each vaccine supply line, adding there are very strong supply lines for the next two weeks, and after that the HSE will deal primarily with Pfizer and Moderna.

Mr Reid said 3.25 million vaccines have so far been administered - around 58% of the adult population has
received one dose, while around 28% are fully vaccinated.

He said the benefits of the vaccine programme are being seen through reduced hospitalisations, while the public mood and confidence is also improving and there was a very significant reduction in the 14-day incidence rate last week.

"We are seeing a holding of the virus, we are seeing very positive benefits of the vaccine programme," he said.

Mr Reid added that a significant number of services are coming back up following the cyber attack on the HSE last month, but there are still constraints on hospital and community services.

Many services are being stepped up, he said, but many hospitals still have "one hand tied slightly behind their back."

Meanwhile, a consultant in infectious diseases said antigen tests have a place in allowing people to travel safely.

Professor Mary Horgan, President of the Royal College of Physicians in Ireland and who is also a member of the National Public Health Emergency Team, said there is no doubt that PCR tests are more sensitive, but antigen tests do work on people with a high viral load.

She said many of these tests have improved over the last number of months and home tests are now really good at picking up those who are infectious. 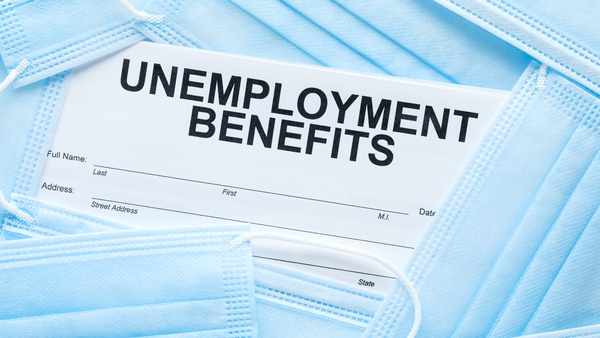 ISME: PUP acting as a 'brake' on getting workers back