There are "serious concerns" about the supply of the single-dose Johnson & Johnson (Janssen) Covid-19 vaccine, the Minister for Health has told the Dáil.

Minister Donnelly said there were also concerns about the supply of the AstraZeneca vaccine.

He was responding to Sinn Féin TD David Cullinane, who said it was "unacceptable" that the J&J vaccine target would not be met.

Mr Cullinane had questioned the minister on the Government's ability to meet its target of giving a first vaccine to 80% of the adult population by the end of June.

Mr Donnelly said it was unclear whether this target would be met.

However, he confirmed that half of the adult population will have received at least a first dose by the end of this week.

He said the take up on vaccines was going from "strength to strength".

Mr Donnelly added that 89% of people in the 60 to 69 age cohort had taken up the offer of a vaccine.

Minister for Health Stephen Donnelly was delighted to be able to share "that by the end of this week half the adult population in our country will have received one vaccine dose" | Read more: https://t.co/u6bpwx1VEc pic.twitter.com/ja50Luuo9X

Labour leader Alan Kelly said he hope problems with the delivery of the J&J vaccine will not impact on the easing of restrictions.

Speaking on RTÉ's Today with Claire Byrne, he said the news came as "a bit of a bombshell" this morning and it now seems unlikely that the Government vaccination targets will be met.

He also said that he has asked if consideration would be given to reducing the gap in administering the second dose of the AstraZeneca vaccine, in order to address concerns that it is just 33% effective against the Indian variant of Covid-19 until both doses have been administered.

Mr Kelly reiterated his comments during Leaders' Questions in the Dáil, where Tánaiste Leo Varadkar said that he was sympathetic to the case made, but it had already been considered by the National Immunisation Advisory Committee and the advice was the interval should remain at 12 weeks.

Mr Varadkar also said that if Government vaccine targets were missed, they would only be missed by a few weeks.

Just over ten days ago, Chief Medical Officer Dr Tony Holohan informed the HSE about the latest advice from NIAC that people aged in their 40s could possibly choose to receive the single-shot J&J vaccine or the two-dose AstraZeneca vaccine.

NIAC said there were strict conditions about the associated risks of very rare blood clots being fully understood and accepted by recipients.

The HSE has been tight-lipped about the matter ever since, while considering the complications that might arise for the pace and administration of the vaccine programme if personal choice was to be accommodated.

Meanwhile, Minister for Public Expenditure and Reform Michael McGrath has said that changes in the supply of the Johnson and Johnson vaccine will not impact plans to reopen the economy.

Under the plans, which are set to go to Cabinet tomorrow, restaurants and pubs would be able to serve indoors from 5 July.

The National Immunisation Advisory Committee says it is keeping the interval dose of the AstraZeneca vaccine "under review" in light of the Indian variant.

It notes that the UK has cut the interval for AstraZeneca & mRNA vaccines from 12 weeks to eight weeks.

NIAC says it will consider if it is preferable to offer the under-50s an mRNA vaccine as their second dose. It follows emerging evidence the rate of rare blood clots with low platelets after dose two with AZ is higher than first thought.

NIAC says EMA authorisation is expected this week on vaccination of children and adolescents with the Pfizer vaccine. It notes the vaccine has been authorised and recommended for use in those aged 12 and older in US and Canada.

NIAC is examining the incidence and severity of Covid-19 in infants & children. It will consider recommendations for children with high-risk medical conditions, those living with immunocompromised people and the ethical issues of recommending the vaccine for healthy adolescents. 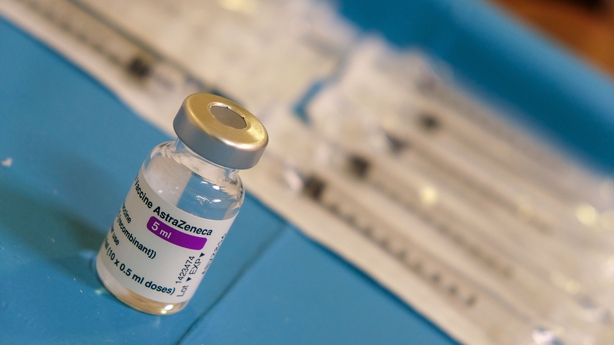 Health Minister Stephen Donnelly told the Dáil the reason why mandatory hotel quarantine measures are being extended to July rather than September is "because we got advice from the Attorney General to that effect in the last few days".

He said it is "prudent" to seek an extension "for the minimum time required".

The Minister said he will ask his Department to compile a report into the operation of the mandatory hotel quarantine system, as it is being "managed very closely".

The system here "is, by a country mile, the most comprehensive in the EU", he insisted.

Mr Donnelly also pointed out that people arriving here from the United States who are fully vaccinated do not need to go into a hotel quarantine, once the vaccine is one of the EMA approved vaccines.

Róisín Shortall, Social Democrats spokesperson on health, said it is important to acknowledge that mandatory hotel quarantine has helped hugely in "protecting the population" and "making it easier for public health doctors to do their job".

Paul Murphy, Solidarity-PBP, said that once mandatory hotel quarantine was introduced, "the indications are, effectively, the Brazilian and South African variants disappeared from the island".

He acknowledged that Solidarity-PBP opposed the Government's moves to introduce mandatory hotel quarantine, and said this was for good reason.

"There were very substantial problems, and they still hold," he said, adding that he opposes the Government motion [to extend pandemic emergency powers].

Mr Murphy said that the rise in the Indian variant of Covid in the UK is of "serious concern". It is the dominant strain there, he added.

He said that travellers from Britain should be subject to mandatory hotel quarantine. 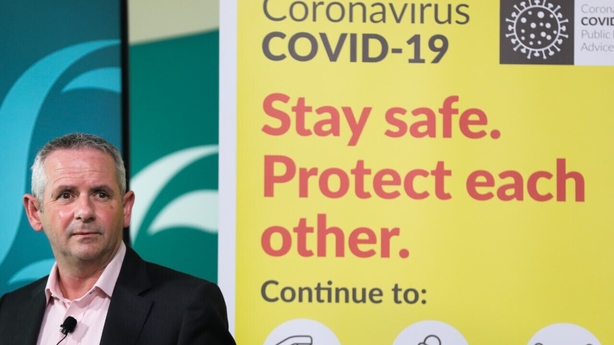 Elsewhere, HSE Chief Executive Paul Reid told a briefing this afternoon that "well over 2.5 million" vaccine doses had been administered.

He said there were over 300,000 vaccine doses administered last week, with hopes of a similar number for the coming week.

Mr Reid described this as "really strong progress" and said the progress of the vaccination programme was being seen in reduced hospitalisations, sickness and mortality, and reduced outbreaks, particularly in nursing homes.

On the Johnson & Johnson vaccine, the HSE chief said that the best case scenario is that Ireland would get half of the supply due to the country.

He said the target for next week is to administer between 260-280,000 vaccines, but there will be some dip in supply looking forward, but that would pick up again in the middle of June.

So far, he said, 78.5% of those in their 50s have been vaccinated, but those jabs are still being administered. 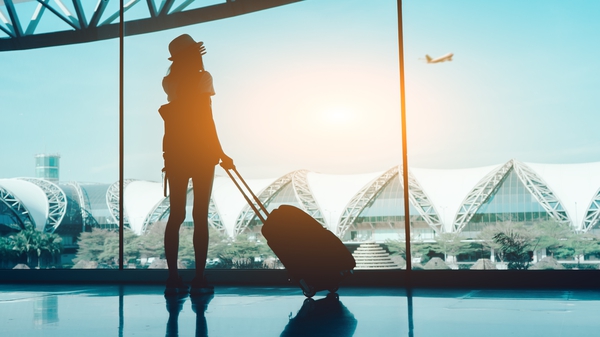