A leading member of the National Public Health Emergency Team has said that the number of Covid-19 cases may rise over the coming days and that people should not be frightened by that.

Professor Philip Nolan said people need to be "exceptionally careful" over the coming days and the Christmas period and "pull back" from social activity now.

Prof Nolan said the numbers are an "early warning signal" that tells us that we have been "doing too much and mixing too much" and he appealed to people to have a small and safe Christmas by reducing their contacts to a minimum in the coming days and "rethink" their plans for the run up to the festive period.

He said people should not treat the restrictions that are in place as a target and use the flexibility given by government in "a very limited way" and to prioritise the things most important to do.

Prof Nolan said NPHET have recommenced a series of actions to government to take "soon after" Christmas to "regain control of the disease" and that the action taken needs to be immediately after the Christmas period.

He appealed to people to think about the impact their behaviour could have on the provision of healthcare services, education and childcare as he said there could be a threat to those services in January.

He said the current figures are very similar to where they were in late September and early October "and we know where that led us if we didn't act quickly".

Responding to assertions by the hospitality sector that there have been few recent cases linked to the industry Prof Nolan said "there has been transmission" and that cases only get linked to a sector if there is an outbreak there.

He said the rise in cases is "linked in time" the reopening of the hospitality sector and that indoor social settings is where the virus is spreading.

Prof Nolan said it is possible that the Reproductive rate of the virus will be revised upwards in the coming days.

He said the R rate is currently estimated to be between 1.1 and 1.3 and that there are hugely different outcomes depending on where that is.

"The bottom line is that kind of reproductive rate, this early after the release in restriction, gives us considerable concern that the virus is circulating at quite high rates in our society. That’s nobody’s fault, but it is a clear signal to us. It’s understandable that we got out there and mixed and mingled in that period but we really need to pull back now."

People out doing last-minute Christmas shopping have been urged to stay safe and follow Covid-19 rules.

The Assistant Secretary General at the Department of An Taoiseach, Liz Canavan, said shoppers needed to be mindful of staff and other shoppers and need to keep their distance.

She said many shops had extended opening hours and urged people to shop during off-peak times.

At a Government briefing, she also said that as people plan for next week, they need to make sure that everyone was comfortable about being together.

She advised that gatherings for Christmas should be kept small in numbers and short in duration.

Even though restrictions are easing today for the festive period, she said, people have to keep the virus under control.

"From now on, every decision we take to meet somebody could have consequences, either for ourselves, or for those we intend to mark Christmas with," she said.

The number of Covid-19 cases being seen in recent days shows "that we could be moving past the tipping point", she added.

'To say we're all tired of restrictions is an understatement', Assistant Secretary at the Department of the Taoiseach Liz Canavan says, but urges people to continue the hard work with #Covid19 trends worsening | https://t.co/n2KeHsO3Gx pic.twitter.com/OGSLU5B2aZ

Ms Canavan said the easing of restrictions was happening against the backdrop of a worsening picture with the virus and said "we have to respond to that".

She added that the Government would consider the advice from NPHET "and there will be decisions and announcement about what happens after Christmas".

On Christmas, Liz Canavan urges people to protect the vulnerable, and to check in again to make sure anyone you plan to see is still comfortable with the arrangements given rising #Covid19 numbers | https://t.co/n2KeHsO3Gx pic.twitter.com/9ZONhChPEC

Ms Canavan urged people to stay the course and adhere to public health measures, given what is happening across Europe and in Northern Ireland.

"We have worked so hard to get to this point. To say we're all tired of restrictions, is an understatement. But we have seen what is happening with the virus around Europe, and even on this island in the north.

"Your hard work has so far meant we have kept the virus under control to a great extent, but we want to make sure that remains the case. The numbers we're seeing now indicate that we could be moving past the tipping point. We have to respond to that, as we have done previously."

From today, inter-county travel is permitted until 6 January and three households are allowed to gather.

However, the Government are likely to look at bringing forward the tightening of Covid-19 restrictions to before the new year due to the recent rise in case numbers.

She said this was expected in the run up to Christmas.

In relation to weekly social welfare payments, she said people will get their payment as usual next week commencing Monday 21 December, but will also receive an advance payment for the following week.

She said the Pandemic Unemployment Payment would be made next Tuesday 22 December, and this will include the payment due on 29 December. Normal weekly payment arrangements will resume on the week beginning 4 January.

She said up to last Tuesday 15 December, approximately 306,000 people received the Pandemic Unemployment Payment, which is down 42,000 on last week's figures.

Many of these people have returned to work sectors closed during Level 5 restrictions, she said.

There are currently 41,000 employers registered with Revenue for the Employment Wage Subsidy Scheme. To date, a total of over €1 billion in subsidies has been paid to 39,500 employers.

Today, 15,700 businesses have registered 18,100 premises for the Covid restriction support scheme with Revenue, she said.

Ms Canavan said the value of Covid Restrictions Support Scheme (CRSS) claims submitted today is over €115 million in respect to 15,600 premises and 114 million of this has already been processed by revenue for payment. 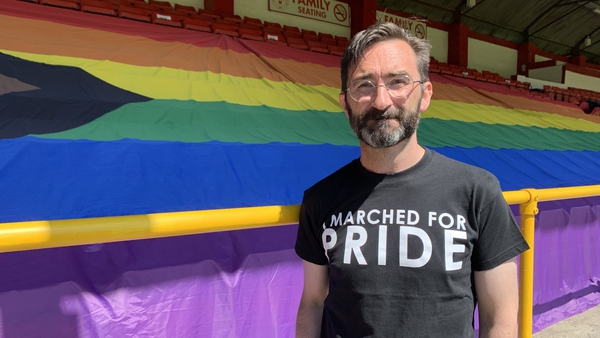 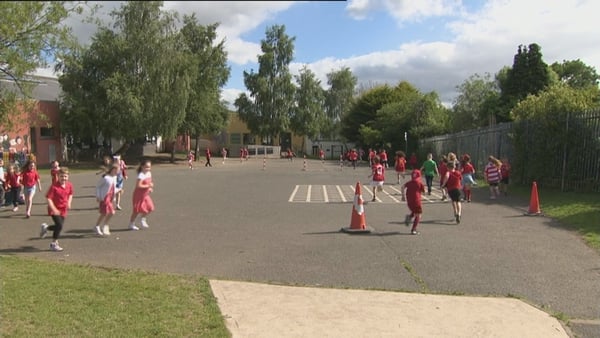