The principal of a Cork primary school has told RTÉ News she believes a significant outbreak of Covid-19 in the school could have been prevented if there had been a greater sharing of information between public health authorities and the school.

Gaelscoil Uí Drisceoil has been forced to close for two weeks and mass testing of the school's 435 pupils, their teachers and other staff began today.

The closure was advised by the HSE after 17 pupils and staff were identified with the virus.

Since then, more cases have emerged among pupils and staff and also among wider family members.

Public health officials met the principal of the Glanmire school, as well as representatives from patron body, An Foras Patrúnachta, this afternoon to discuss concerns related to the outbreak.

The school believes the spread of the virus was related to a number of cases identified in the wider community involving people connected with the school.

Those cases were identified by public health authorities, but the school said it was not alerted to them and so for a crucial period remained entirely unaware of the extent of the presence of the virus within the school.

Public health automatically contacts a school when a positive case informs them that they have been attending it.

However, the principal of Gaelscoil Uí Drisceoil has said she believes that public health should be contacting school principals as a matter of course in order to verify any information they may receive.

A first case was identified at the school on 15 November. Further testing over the following week identified more positive cases.

However, the school was unaware of a number of other positive cases within the school community, which had been identified by public health prior to 15 November. 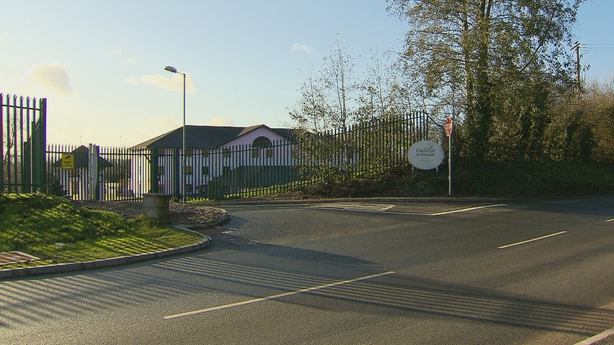 The school believes that had it been informed of all of the initial cases, the contact tracing that would have occurred is likely to have prevented the spread of the virus.

The Glanmire school has 435 students. All staff and pupils at the school have been advised to restrict their movements for two weeks.

Principal Siobhán Ní Chatháin has told RTÉ News that she is "upset beyond belief" by what has happened.

She stressed that she did not want to lay any blame with any members of the school community.

Ms Ní Chatháin said the authorities had "fallen down on their duty of care to the whole school community".

Referring to what she calls "a major glitch" within the system, she said: "A school has no way of knowing for sure that there are live cases. Too much depends on what parents tell the authorities."

Ms Ní Chatháin believes that a misplaced concern around the right to privacy could mean that other schools find themselves in the same position.

She has called for school principals to be included in additional checks.

"A phone call to the principal can establish whether there is a necessity for contact tracing or not," Ms Ní Chatháin said.

RTÉ News has sought a response from the HSE on this point and is awaiting one.

In an earlier statement confirming the outbreak, the HSE said the closure was a precautionary measure while the clinical public health risk assessment continued to be undertaken.

It said the Department of Public Health was in close contact with the school principal to assess the situation and to provide advice and support to parents, teachers and students.

It said it wanted to acknowledge all the work undertaken by the school to operate in a Covid-19 safe manner and to thank the principal and staff for their cooperation and support in assisting with the ongoing public health risk assessment.