Fine Gael leader Leo Varadkar has told his parliamentary party that it is not possible to rule out ever having to introduce a so-called "circuit-breaker" lockdown to tackle Covid-19.

RTÉ News understands that he told his party's TDs, Senators and MEPs in a conference call that it was not proven if such a circuit-breaker would work, but the experience of other countries using the strategy needed to be monitored.

The Tánaiste made the comments one day after his Government rejected the advice of the National Public Health Emergency Team to move the country immediately onto Level 5 restrictions.

Instead, Taoiseach Micheál Martin said the "appropriate and proportionate" decision was to move to Level 3.

However, Mr Martin warned it may be necessary to move to a higher level, if the rate of infections was not reversed.

Speaking on RTÉ's Claire Byrne Live on Monay, Mr Varadkar said the NPHET recommendation "hadn't been thought through and there hadn't been prior consultation".

Earlier, Sinn Féin leader Mary Lou McDonald told the Dáil that Monday was a critical day in the fight against Covid-19.

Ms McDonald said there is no doubt the decision to move the country to Level 3, rather than the highest Level 5 as recommended by NPHET, was a challenging decision for Government to make.

She said the truth is that a move to Level 5 would have proven catastrophic for workers, families and businesses.

Speaking during Leaders' Questions, she told the Taoiseach the vulnerabilities the country now faces are down to him and the Tánaiste.

The lack of ICU bed capacity represents a "decade of failure from Fianna Fáil and Fine Gael", she said.

She also said she was very alarmed by the aggressive approach by Mr Varadkar on RTÉ One, adding: "Listening to the Tánaiste, you'd never think he was a Minister for Health or that his party had been leading Government for the last decade."

"I was very alarmed by the aggressive approach taken by @LeoVaradkar on RTÉ last night", Sinn Féin leader @MaryLouMcDonald says, adding "when given advice I think you accept it with some level of maturity and grace, and then you make your decision" | https://t.co/TwPYcj6gS7 pic.twitter.com/cEiyL618hC

Mr Martin said unity of purpose on all counts, including in the Dáil, is important in combating the virus.

He accused the Sinn Féin leader of "consistently seeking to undermine" Government and HSE efforts.

Mr Martin said moving to Level 3 was in accordance with the Government's plan and that businesses and the public have an expectation when moves through the levels would happen.

He said the decision not to move to Level 5 was not because of the cost of it. He said it is the enormity of what a lockdown does.

On ICU beds, he said there is a 25% increase since March.

The Taoiseach said there is a bridging agreement in place and a procurement procedure will be up and running in the next few weeks to offer diagnostics within the private hospitals system.

Rise TD Paul Murphy said "lives will be lost" as a result of the Government's decision to raise Covid-19 restrictions to Level 3 rather than Level 5. He called for a re-introduction of the evictions ban.

Independent TD Joan Collins has called on the Government to reverse cuts to the Pandemic Unemployment Payment and wage subsidy scheme in next Tuesday's Budget, and for the re-introduction of a ban on evictions and rent increases.

She warned that unless this happened "a whole cohort of people will be left in a very, very vulnerable situation".

In response, Mr Martin said he did not want to "pre-empt" the Budget, but the Government "will look to see if we can do more for people" who have been hit hard by Covid-19.

However, Mr Martin warned that it was "not going to be possible" to help everyone due to financial "limits" which was due to the fact that the pandemic "is going to go on beyond April".

Ms Collins said implementing the measures she proposed would "reinforce" that everyone in the country was in this together.

Minister for Health Stephen Donnelly said he had no reservations on the Government's stance not to take NPHET's advice to move to Level 5 restrictions.

Speaking on RTÉ's Prime Time, he said the Government is still doing something substantial in moving to Level 3 and it is still following NPHET's advice in "a whole variety of ways".

"The entire approach, the framework, fully informed by NPHET. All of the public health advice behind that, from NPHET. The entire package of measures that they are moving to tonight under Level 3 is from NPHET," he said.

He said moving to Level 3 is going to be deeply difficult to do while also stating that "it is all clearly in our heads" that Level 4 or Level 5 is a possibility.

Minister Donnelly defended the reason to not give gardaí additional powers under Level 3 to ensure there is compliance with the restrictions.

"We will keep that under constant review and if it is the case that it is not possible for the guards to do their job, of course it is something Government can look at," he said.

However, he said the day we are relying on the gardaí to get us all to do what we need to to is the day we will lose against this virus, and that our strength is in our solidarity.

He said the Tánaiste "made his views clear" last night about NPHET's recommendation to move to Level 5, but that he also said some positive things about the public health emergency team.

He said he did not see the Tánaiste's interview, adding that "who said what about who in any given interview" is really not his focus right now.

Minister for Health Stephen Donnelly has defended Tony Holohan as someone who has "served his country extremely well".

He also says he has not seen last night's interview with the Tánaiste on @ClaireByrneLive pic.twitter.com/ki4JScUyLN

He said in a few hours' time, the entire country is moving to Level 3, and people are waking up without a job to go to.

He said he thinks we need to move on from this divided discussion.

Finally for tonight, Minister Donnelly says that the HSE are making progress on increased capacity for testing.

He also calls on the country to "fully embrace Level 3" and make a collective effort to suppress the virus. #rtept pic.twitter.com/kYZN8ZEmzi

Minister Donnelly said he met Chief Medical Officer Dr Tony Holohan and he did not mention the Tánaiste to him.

Mr Donnelly said: "What we were talking about is masks versus visors, what do we do about Halloween and testing capacity and so forth."

He said he has asked NPHET to look in detail about visors and see what recommendations they have on their use and effectiveness.

The debate over yesterday's events surrounding the Government and NPHET was likely to have overshadowed the regular Cabinet meeting.

Speaking on his way into Dublin Castle for this morning's meeting, Minister for Environment Eamon Ryan said there was robust a exchange between Tánaiste Leo Varadkar and NPHET at yesterday's meeting.

Green Party leader @EamonRyan says there were robust exchanges between the Government and NPHET "but that's right, we have to interrogate and question any decisions we're making". He says Government has to make wider #Covid19 considerations than NPHET | https://t.co/NtmtSbHoqJ pic.twitter.com/LauNgselXx

Mr Ryan said the Government made the right decision not to go to Level 5, but it was not an easy choice. He said he had confidence in NPHET.

He said the decision by the Government to move Ireland to Level 3 restrictions "is a united approach that the entire Government adopted" that the Tánaiste delivered in his "characteristically blunt way", Mr Byrne said. 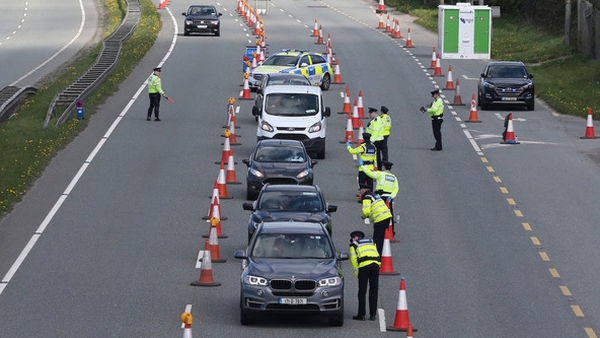 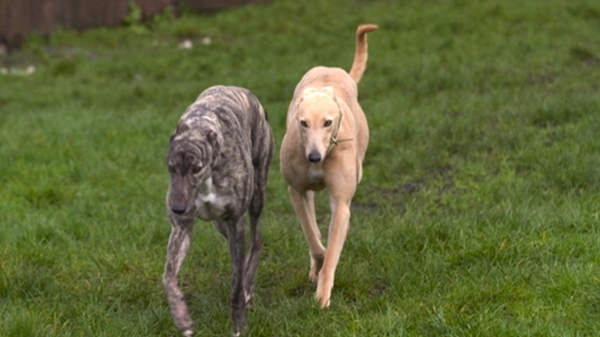 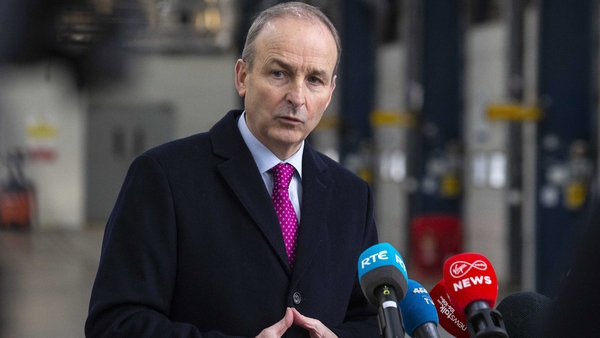 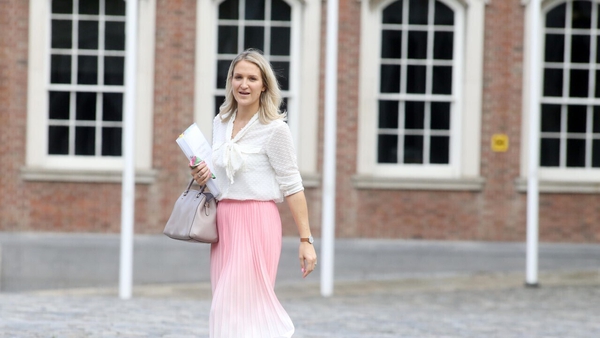