The Tánaiste has said the recommendation from the National Public Health Emergency Team to move to Level 5 "hadn't been thought through and there hadn't been prior consultation".

Speaking on RTÉ's Claire Byrne Live, Leo Varadkar said what happened was not good for the Government, NPHET or the Irish people and he said it "came out of the blue".

The Tánaiste also said there was "nothing new in the space of three days that warranted them changing their advice" to move from a Level 3 to Level 5 status.

Mr Varadkar said there was no suggestion that NPHET was contemplating a move to Level 5 last Thursday, when it last held a meeting.

Tánaiste Leo Varadkar says the recommendation from NPHET to move to Level 5 "hadn't been thought through and there hadn't been prior consultation" | https://t.co/BkMSotjJ6G pic.twitter.com/QWeAWoQY9k

Mr Varadkar said three key issues were taken into consideration by the Cabinet today when it decided to reject the recommendation from NPHET.

He said the "wider societal impact" of such a move was considered.

Secondly, he said it was not in line with the "stepwise plan" the Government had agreed with NPHET.

The Tánaiste said: "The triggers that are there for Level 5 were not met, in our view."

He said NPHET's assessment that hospitals were imminently facing the possibility of being overwhelmed was not shared by the CEO of the Health Service Executive and the HSE board was not consulted on it.

Mr Varadkar added that NPHET had proposed adopting a "circuit break" approach, which he said had never been tried anywhere in Europe.

It would have involved "a short, sharp, strict lockdown for three or four weeks in the hope that it will reduce the transmission of the virus suddenly to allow us to reopen again," he explained.

However, he said the Government "didn't feel the proposal had been thought through properly".

Sometimes the reason why politicians make these decisions, is because we're the ones who can see the bigger picture. It's not just about a virus and statistics around a virus.

The Tánaiste also said: "I think what happened in the last couple of days, wasn't good for anyone."

Mr Varadkar said "landing something on a Sunday night" and "without prior consultation" was not the right way to do things.

The Minister for Enterprise said there should have been a meeting first or a call to the Taoiseach to say that NPHET is thinking of doing this and "can we sit down and thrash it through".

He said this was the approach that "should have been followed" and after meeting with the CMO, "you won't see a repeat of this kind of thing". 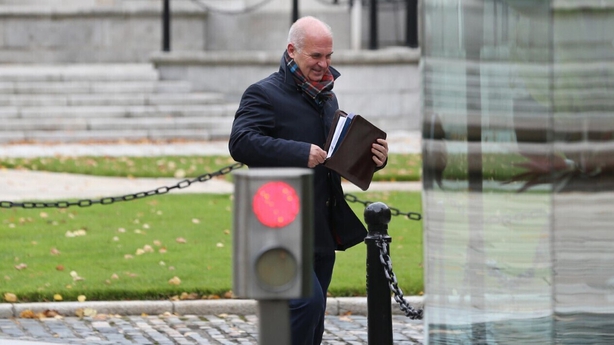 The Tánaiste added that he had full confidence in Dr Tony Holohan and also in NPHET "to dispense public health advice".

However, he said no member of NPHET would have "faced being on a pandemic unemployment payment yesterday" and "none of them would have to tell somebody that they were losing their job".

'None of those people would have faced being on #PUP, none of them have to tell someone they are losing their job, none of them will have to shutter a business for the last time' - Tánaiste Leo Varadkar on #NPHET #cblive pic.twitter.com/ZAw7sDxGLo

He added: "Sometimes the reason why politicians make these decisions, is because we're the ones who can see the bigger picture.

Mr Varadkar said "this is still in our hands, we can push the virus back ... it is not inevitable that we are facing into a second lockdown" if we follow the basic public health advice.

The Tánaiste also said the Government "will update the laws to potentially bring in a different system of fines" while there will be an increase in garda overtime.

What was in NPHET's letter to Minister Donnelly?

In the letter to Government, Dr Holohan underlined the word "now" when he urged Minister for Health Stephen Donnelly to take action and "arrest the current trajectory nationally and very substantially suppress the virus back down to a low level of transmission in advance of the winter months".

He said the measures currently in place are "not sufficiently controlling the disease". Dr Holohan notes that there has been a sustained rise in the 14-day incidence rate in those aged 65 and older.

"This has increased from approximately 6 per 100,000 in early August to 67.3 on 3 October. There have been 254 cases reported in this age group over the past seven days," he wrote.

The CMO warned that modelling shows if current trends continue, 1,600 to 2,300 cases will be notified per day by 7 November. The modelling also shows 43 people with Covid-19 being admitted to hospital per day by that date.

"In light of the above, NPHET believes that proactive and robust measures must now be taken ... it is therefore recommended that the Government apply Level 5 measures across the country from midnight Monday 5 October for a period of four weeks."

The letter continued to say that NPHET is "sensitive to the impact that these measures will have on individuals, families, communities, businesses and organisations".

But it "firmly believes that taking this action proactively for four weeks from now is the only opportunity to get this disease back under control while keeping schools open, keeping health services for non-Covid activity operational and protecting the medically and socially vulnerable".

Dr Holohan advise that a "graduated approach" will not have a sufficient impact on the trajectory and scale of the disease.

"A graduated approach would, ultimately, result in application of Level 5 measures as mitigation," he wrote.

He said NPHET appreciates "how difficult it will be for everyone to return to this level of restrictions, but it is confident that people across Ireland can once again meet the challenge with determination and a unity of purpose".

NPHET also urged the Government to "fully and visibly utilise powers available under public health and other legislation to support and reinforce adherence" to the new restrictions. 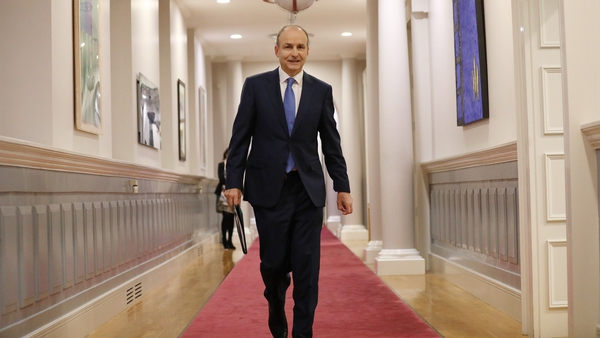 If we act now, we can stop need for Level 4 or 5 - Taoiseach