There have been 33 more deaths from coronavirus here, the Department of Health has confirmed. The death toll now stands at 320 people.

The total number of Covid-19 cases in the Republic of Ireland has risen to 8,928.

The Department also confirmed that 553 new cases of coronavirus have been identified.

In addition, a further 286 older cases of Covid-19 have been reported by a laboratory in Germany.

Meanwhile, 15 more people have lost their lives to coronavirus in Northern Ireland. This is the biggest single rise in one day there and the death toll now stands at 107.

Earlier, the Minister for Health said he hoped that the backlog in testing would be cleared by the end of next week.

Simon Harris said between 25,000 and 30,000 tests had been sent to Germany and "well over" half of the results had been returned, with the remainder due back by next week.

Speaking to reporters, he said it was the Government's hope that any backlog in relation to testing would be addressed by the end of next week.

Mr Harris said they hoped to move to the place where people could get their test results within 48 hours.

He said the virus was not where Ireland needed it to be and he urged people to stay the course in relation to the current restrictions.

Tight restrictions on movement, which the Government introduced a fortnight ago, will not now be eased before Tuesday 5 May.

Minister Harris said that Ireland currently had more capacity to test for Covid-19 than demand, based on the current case definition.

839 extra confirmed cases COVID-19 reported tonight. The breakdown is: 553 new cases, plus 286 older swab results now in from Germany. It means there are now a total of 8,928 confirmed cases of COVID-19 in Ireland.

However, he said the challenge would be broadening that case definition and getting results for people within 48 hours.

The minister was speaking as he announced mental health resources to help people cope would all be brought together on the Government website gov.ie/together.

He said people were stressed, anxious and hurting about facing another three-and-a-half weeks of restrictions, but it would not take much to go backwards in relation to this virus and he urged people to stay the course.

The minister also said that 1,502 student nurses have applied to work as paid healthcare assistants and that those applications were now being processed. 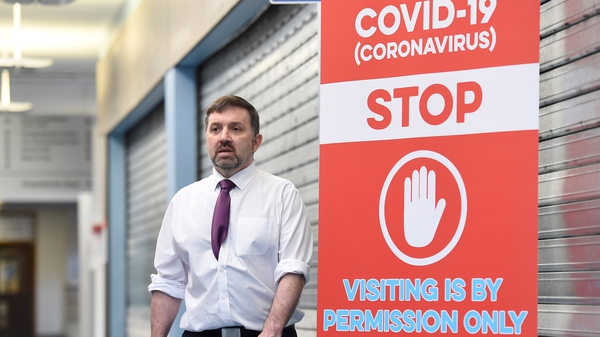