The Irish Congress of Trade Unions has called on the Government to implement urgent, more ambitious measures including wage subsidies to try to preserve workers jobs and maintain their net incomes in the event of layoffs.

In a letter to Taoiseach Leo Varadkar this evening, Congress General Secretary Patricia King says that in the current unprecedented crisis, workers are not in a position to withstand the economic burden of income loss and calls for the introduction of a scheme to subsidise the salaries of workers under threat of lay off in order.

She acknowledges the Government's efforts to date to minimise the impact of the current crisis on workers, families and the business community, as well as its swift actions to protect public health.

However, Ms King notes that an estimated 140,000 workers have already been laid off over the past week or so, while business representatives are warning of around another 200,000 being laid off over the coming days.

She states: "This could bring us in a matter of weeks close to the total number of jobs lost in the first two-and-a-half years of the post-2008 crash".

The ICTU leader cites examples of the "very grave" impact on workers incomes over the coming months.

She gives the example of a household with two adults and one child with a single income of between €45,000 to €50,000 (close to the average earnings for a full-time worker).

She says this household could experience a fall of nearly two-thirds in their net income, while a single worker with no children earning around €25,000 could see their income halved.

She acknowledges that while some employers are making significant efforts to maintain wages for their employees, others are making "no effort whatsoever".

Ms King refers to last Monday's joint statement by EU social partner organistions stating: "...all efforts need to be undertaken to help workers, enterprises, economic activities and public services to survive the crisis, so they will be able to come back to their activities when the crisis ends, to keep workers in their jobs meanwhile, to protect from unemployment and loss of income, and to alleviate financial losses".

She cites policy responses in Denmark, where the social partners have agreed to a temporary wage compensation scheme for companies where employees are at risk of lay-off.

In Sweden, she notes that the government and social partners have agreed a temporary short-time lay-off scheme whereby an employee works 40% of their normal hours, and receives more than 90% of their wage, while employers see their wage costs halved.

Ms King says that while ICTU recognises that the level of public investment required in these circumstances is substantial, "...we are experiencing a national public health emergency unparalleled over the past 100 years".

She goes on to say: "In our view such an exigency necessitates exceptional financial interventions at this point in time. Workers are not in a position to withstand this economic burden and therefore, we are urging Government to immediately introduce a scheme that subsidises the salaries of workers under threat of lay-off due to the Covid-19 crisis with a view to preserving their net income."

Ms King concludes by attaching a table of losses for workers depending on their income level and family status.

Revenue will reimburse employers who continue to pay temporarily laid-off their employees €203 per week during the current Covid-19 situation.

Minister for Employment Affairs and Social Protection Regina Doherty has confirmed that the Revenue Commissioners has come forward and offered to implement the refund system on the department's behalf.

On Sunday the minister announced the implementation of the exceptional measures to enable workers who are temporarily laid-off claim a special Covid-19 Pandemic Unemployment Payment of €203 per week.

The Government has called, in as far as possible, for employers make this payment in the first instance via employer payrolls.

The department has now confirmed that when these employers submit payroll returns to Revenue via their payroll provider, Revenue will then refund the employer the €203.

Earlier, the minister said more than 16,000 people had so far applied for the Covid-19 Pandemic Unemployment Payment.

Speaking on RTÉ's Morning Ireland, Ms Doherty said the processing of applications for this and other payment schemes would be concluded as soon as possible.

The minister said the decision to ask elderly and vulnerable people "to cocoon" will be made based on best medical advice, but she could not say when this will be.

She said she hoped that the Government will not need to enact powers to monitor mass gatherings or treat those affected by the virus, but who refuse to self-isolate.

Ms Doherty said an emergency jobseekers' benefit called Covid-19 has been introduced and everyone effected by this pandemic will receive it.

She added that the payment - for six weeks - will be made within days and cover people until they get onto the social protection scheme that they need to be on.

Ms Doherty said there is a payment for everybody and there are also additional supplements, such as rent supplement, that people can apply for.

The minister said staff were working as hard as they could to ensure everyone received the right payments as quickly as possible and asked everyone to be patient, adding that staff are inundated with requests and the volume is far greater than usual.

The minister said the economy will be affected but efforts to minimise this impact will be made, as much as possible.

She added that Housing Minister Eoghan Murphy will be holding meetings with stakeholders over the coming days.

Everybody has to show forbearance and "scraping at people for money they don't have is a pointless exercise", she said. 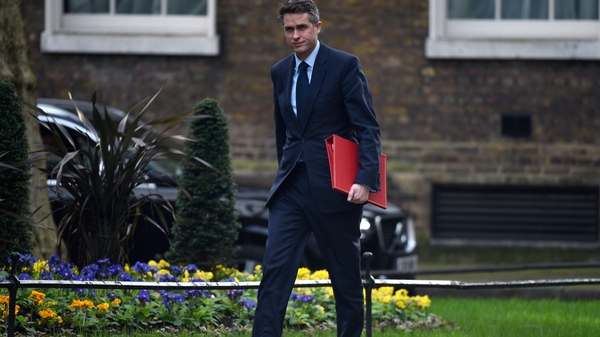 UK schools to close from Friday