The test flight, from Na Mine airport in Conamara (Connemara) to the airstrip on Inis Mór, took around 15 minutes to complete.

It is hoped the delivery can be used as the starting point for formulating more extensive drone dispatches to remote locations.

Described as the world's first "beyond visual line of sight drone delivery" of insulin, the flight took place after the Irish Aviation Authority gave special permission to researchers.

The test flight happened in a window between commercial flights to the island and involved detailed planning to ensure the correct safety procedures were adhered to.

As well as researchers from NUI Galway, a range of medical, logistical and technical experts were involved in the project.

They dispatched the insulin in specially designed packaging which was placed in a small parcel box on the drone.

Operators on both air facilities were able to monitor the craft's progress throughout the 18km journey. 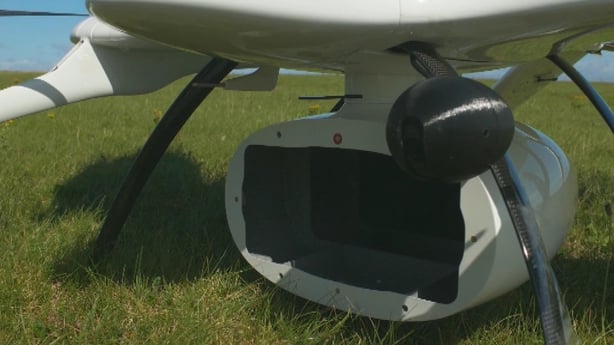