Bank of Ireland has been fined €100.5 million by the Central Bank over its handling of its tracker mortgage customers.

It is the largest fine ever imposed by the Central Bank.

The regulator said 15,910 tracker mortgage customer accounts had been impacted by the bank's actions between August 2004 and June 2022.

The Central Bank found Bank of Ireland's failures resulted in the loss of 50 properties, including 25 family homes.

Bank of Ireland has admitted in full to 81 separate regulatory breaches.

The Central Bank fined Bank of Ireland €143.6m but this was reduced by 30% under its settlement discount scheme.

It also implemented an unfair complaints handling practice around customers, and had deficient mortgage systems and controls which contributed to a significant number of operational errors.

The investigation also concluded that the bank wrongfully excluded customers from the protections of the Tracker Mortgage Examination.

The fine comes on top of the more than €186.4m that Bank of Ireland has already paid to impacted customers identified prior to and as part of the Central Bank’s Tracker Mortgage Examination. 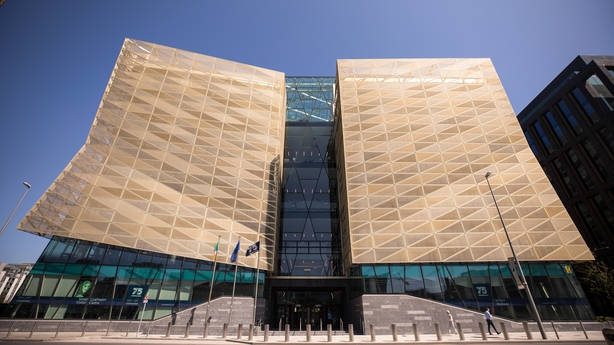 "Customers are entitled to expect that they will be treated fairly and that financial institutions will act in their best interests," said the Central Bank's Director of Enforcement and Anti-Money Laundering, Seána Cunningham.

"Bank of Ireland failed to meet these most basic expectations for almost 16,000 of its customers over an extended period of time."

"The failings resulted in significant and, at times, devastating detriment for many of those customers."

The Central Bank said Bank of Ireland had prioritised its own interests over customers when faced with a choice, but did not take into account the impact on customers.

It also repeatedly interpreted unclear contractual terms in its own favour and against the customer.

"Furthermore, Bank of Ireland's initial redress and compensation proposals under the TME failed to meet the Central Bank’s most basic expectations, as a result of which significant Central Bank intervention was again required," said Ms Cunningham.

"Bank of Ireland’s approach demonstrated a fundamental lack of care and consideration for the impact that their failings had on their customers, resulted in the delayed payment of redress and compensation to them and prolonged the detriment that they suffered."

The regulator found that in 2008, when the bank viewed tracker mortgages as unprofitable, it assessed the tracker entitlements of existing customers

The Central Bank said that despite Bank of Ireland determining that many customers were entitled to tracker rates, it decided certain groups of customers could not revert to trackers after a fixed rate period.

This was despite it identifying ambiguities in their loan offers and agreements relating to an entitlement to a tracker.

This, the regulator found, was in breach of its regulatory obligations and continued for nine years until 2017.

The Central Bank also found that 1,650 customers had been wrongly excluded from a voluntary tracker remediation scheme that should have seen them returned to a tracker rate.

The investigation also found Bank of Ireland breached its obligations under the Stop the Harm principle.

Following the announcement, Bank of Ireland apologised to customers for what it described as a "wide range" of failures in relation to the tracker mortgage issue.

"We unreservedly apologise to all customers harmed by the tracker mortgage issue," Gavin Kelly, interim chief executive of Bank of Ireland, said in a statement.

"The impacts were significant and wide reaching, up to and including loss of homes in the most serious of cases. Banking is based on trust, but our failures damaged that trust," he added.

Mr Kelly said the bank has learned "hard lessons" and has taken steps to ensure a more "customer-focused bank" today.

"This work continues. Rebuilding the confidence of both our customers and the wider society we serve will take time, but we are committed to that journey," he said.

The bank said it has invested in building a more open, transparent, and customer-focused culture across all if its businesses.

It also said it has put in place enhanced governance processes for the introduction, amendment or withdrawal of products and services - and the management of complaints.

"Today's statement from the Central Bank of Ireland is extremely critical of Bank of Ireland. We understand - and fully accept - why this is," Mr Kelly said.

"What took place in relation to tracker mortgages was wrong. It should never have happened. We are very sorry that it did," he added.

Bank of Ireland is the last of the main retail banks, which were investigated by the regulator as part of its tracker mortgage examination, to receive a penalty and reprimand.

AIB and its affiliate EBS were fined a record €96.7m in June for multiple consumer protection breaches.

In March of last year, Ulster Bank was ordered to pay €37.8m for its failings arising from the controversy.

Permanent TSB was the first of the main retail banks to be fined in relation to the tracker issue when it was hit with a €21m sanction in June 2019.

The controversy began after the banks denied tracker rates to customers who were entitled to them when the financial crisis began over a decade ago, or put them on the wrong rates, because the products were starting to cost the lenders money.

Tracker mortgage rates are set at a margin above the main European Central Bank lending rate and rise and fall with it.

During the period of ultra-low interest rates, they represented extremely good value for most borrowers who have them. 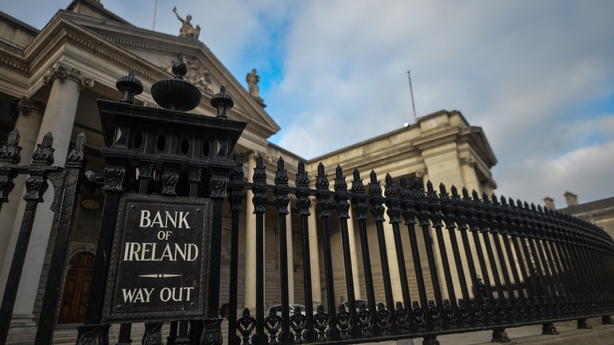 When asked about the fine imposed on Bank of Ireland, Minister for Higher Education Simon Harris said he welcomed it.

But he said he is not sure that any fine could be large enough to capture the "human misery, stress and devastation" that these actions by banks caused in the country.

Simon Harris was a junior minister in the department of finance between 2014 and 2016.

"I hope it speaks of a time in our banking culture that we will never see again", he added.

Reacting to the news, the Irish Banking Culture Board (IBCB) said today marks a milestone day for the Irish banking sector, its customers and its stakeholder.

"The Irish Banking Culture Board (IBCB) stands with the thousands of customers who have been impacted financially and emotionally by the shameful behaviour of the banks in relation to the sale and withdrawal of tracker mortgages," it said in a statement.

It said the fine imposed today by the Central Bank on Bank of Ireland of €100.5m brings the cumulative fines imposed on the five Irish retail banks to €272m.

"These fines are unprecedented and reflect the gravity of the CBI's findings, however, as previously noted by the IBCB, it is essential that the human cost of the tracker mortgage related failings by the industry is not overshadowed by the size of the CBI fines and the costs of redress," it said.

"In many instances this human cost is impossible to quantify, particularly given the financial impact coincided with the wider national and global economic crashes with resultant negative income consequences for many," it added.

Speaking on RTÉ's Morning Ireland earlier, a member of the Irish Banking Culture Board said the tracker mortgage controversy had led to "carnage".

"It had a dramatic effect on those customers, particularly in families," said Padraic Kissane.

"There has been carnage [with] the likes of family homes being lost, rental properties being lost and removal of money at a time when it was needed."

Meanwhile, the Financial Services Union (FSU) said that seismic changes to governance and culture are required in the banking sector.

The union said that when the banking crash happened, promises were made of more oversight and better safeguards but that the tracker scandal happened after the crash and has continued until very recently.

"Given the recent attempt by AIB to remove cash services from 70 of its branches in the face of huge community and people resistance and the unbelievable high-handed approach of Ulster Bank in threatening to freeze customer accounts in recent days, it is exceedingly difficult for anyone to claim that anything has changed, or any lessons have been learnt," said John O'Connell, General Secretary of the Financial Services Union.

"Today's announcement by the Central Bank of a record fine to be paid by Bank of Ireland is the latest indictment of cultural and operational failure of the main retail banks in Ireland," he added.

The FSU said there should be a consumer and a staff representative on the boards of the main retail banks and that a banking review due to be completed in November is a chance for the dial to be reset for the sector.

'Litany of failures' at Bank of Ireland - Rowland

The Central Bank's Deputy Governor for Consumer and Investor Protection said there was a "litany of failures" on the part of Bank of Ireland for its tracker mortgage customers.

"There's more than 16,000 customers who were affected by their misconduct over an extended period of time and those failings resulted in significant and at times really devastating impacts on those customers, up to the loss of family homes," Dervill Rowland.

Speaking to RTÉ's News at One, she said that there is a "real benefit" to completing these cases without the need for a hearing. Contested hearings could have taken "many, many years," she added.

Ms Rowland said the "real test" is to see if the bank will now put its customers' interests first.

"If they are truly sorry, as they say they are, if they truly have learned their lessons, as they say they have, they have to actually demonstrate to all of us that they put customer's interests first. That's the real test to see if things would be different," she added.

Ms Rowland said that Bank of Ireland had put its own interests ahead of its customers.

"5,000 customers were affected by being on the wrong rate because of poor systems, human error, and that is a really significant failing. But on top of that Bank of Ireland had a considerable amount of customers that had really unclear documents," she said.

"As part of this case, Bank of Ireland started to return customers to a tracker mortgage rate only if they complained. They took no action in respect of other customers with the same circumstances who did not complain," she added.

Bank of Ireland shares were lower in Dublin trade today.