The Central Bank has fined KBC Bank Ireland more than €18.3m and reprimanded it over its role in the tracker mortgage controversy following an investigation into its conduct.

The regulator said the Belgian owned bank had been responsible for "serious failings" that affected the holders of 3,741 customer accounts between June 2008 and October 2019.

The Central Bank said KBC's actions had a devastating impact on the customers, with significant overcharging, and a resulting loss of 66 properties - 11 of which were family homes.

The investigation found that 39 of these losses could have been prevented if KBC had implemented a regulatory requirement to cease any actions that would have resulted in additional harm to customers during the review.

"The impact of KBC's actions on their customers was devastating and avoidable," said Seána Cunningham, the Central Bank's Director of Enforcement and Anti-Money Laundering.

The regulator also criticised the bank's engagement and co-operation with its probe, describing it as "deeply unsatisfactory."

"KBC caused avoidable and sustained harm to impacted customers due to the firm's unwillingness to acknowledge its failings until December 2017 and to take immediate action to apply the protections of the Tracker Mortgage Examination," it said.

"Had KBC adhered to the TME guidelines sooner, without the need for significant and sustained Central Bank intervention, the harm to its customers - particularly incidences of property loss - would have been significantly reduced," the Central Bank stated. 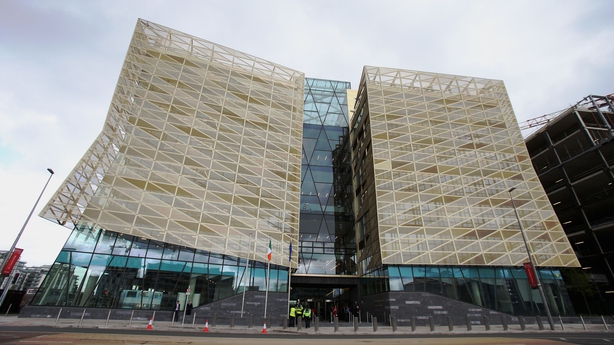 The Central Bank said it had imposed a fine of €26,162,857 on KBC Bank Ireland, which was at the highest end of its sanctioning powers, due to the gravity of the failures.

12 regulatory breaches were admitted in full by KBC Bank Ireland.

It has also paid over €153,524,363 so far in redress, compensation and account balance adjustments to customers impacted by its actions.

Last year, Permanent TSB became the first Irish bank to be reprimanded for its failings around 2,007 tracker mortgages and it was instructed to pay €21m by the Central Bank.

The fine was the biggest ever imposed by the Central Bank under its sanctions procedure.

So far the tracker mortgage controversy, which saw customers have their right to a valuable low-cost mortgage where the interest rate tracks the European Central Bank lending rate, denied, removed or not offered in the first place, has cost the Irish banking system over €1.5 billion.

The Central Bank found that during 2008, when the financial crisis was beginning to intensify, tracker mortgages were becoming increasingly unprofitable and KBC Bank Ireland stopped offering them to new borrowers in July.

The enforcement investigation established that by doing this the bank failed to treat its existing tracker mortgage customers fairly and put its financial interests above the protections their customers should have been afforded.

The regulator found evidence that KBC had a proactive strategy to permanently convert customers, including some in arrears, off their low-cost tracker rates by failing to adequately warn customers seeking to move to a fixed or interest only arrangement that it would result in a permanent loss of their tracker.

The bank also failed to adequately warn customers entering interest only or fixed rate period that they would be unable to return to their tracker rates.

KBC also failed to adequately comply with the Central Bank's framework around its Tracker Mortgage Examination, with the result that the regulator had to intervene significantly to ensure customers were identified, redressed and compensated.

There was also a failure to comply with the "Stop the Harm Principles" of the Tracker Mortgage Examination, which aimed at preventing customers from suffering additional harm once the review began.

Incorrect information was also provided to the regulator around treatment of some tracker customers, while operational and systems failings were also identified by the probe.

"Our investigation found KBC persistently refused to accept its failings despite having multiple opportunities to remedy the detriment that it was causing to its customers over an extended period," Ms Cunningham said.

"KBC's actions in this regard, including the failure to adequately comply with the Stop the Harm Principles of the TME, were simply unconscionable."

Enforcement investigations into the conduct of Bank of Ireland, AIB and Ulster Bank continue.

"The tracker mortgage issue is a hugely regrettable chapter in Irish banking and one from which we in KBC have learned significant lessons," the bank CEO said.

"I profoundly apologise to KBC customers who were impacted by our management of their tracker mortgage. Undeniably this had serious consequences for all impacted customers, but particularly for those who lost their homes and properties," Peter Roebben said.

Mr Roebben said the bank "deeply regret" these events, and recognise that they have led to a breach of trust.

"We accept that only our actions can determine the levels of trust which exist at the heart of our customer relationships and are committed to playing a leadership role in delivering the cultural change that Irish people are demanding of our industry," he added.

He also said that KBC Bank Ireland respects the role of the Central Bank in the regulation of financial services, adding that it fully acknowledges the importance of constructive, timely and transparent engagement with the regulator.

"KBC Bank Ireland are determined to be a positive force in Irish society and to provide people with the innovative digital banking and insurance services they need", Peter Roebben said.

"Delivering fair customer outcomes is an essential part of this and requires us to carry forward the lessons we have learned as a result of our administration of tracker mortgages. We are resolutely committed to absorbing these lessons and the opportunity for positive change that they represent," he concluded.

The Department of Finance said the Tracker Mortgage controversy illustrated "unacceptable practices" that led to real suffering for those who lost their homes and were struggling to make ends meet.

A spokesperson said the issue is a matter of serious concern, and it will take considerable time and effort to restore this broken trust in the banks.

The Minister and the Department fully support the Central Bank of Ireland in completing this valuable work, the spokesperson added.

Meanwhile, Labour Finance spokesperson Ged Nash said that fact that the Central Bank hit KBC Bank Ireland with the maximum fine is an indicator of how badly KBC acted in the tracker mortgage affair.

"Today's finding by the Central Bank that KBC had a 'proactive strategy to convert customers off their tracker rates' shows the contempt which KBC showed for the customers it ripped off during this whole affair," Ged Nash said.

Mr Nash also said that once the Central Bank has completed an enforcement action against a firm for breaking the rules, it then has the power to launch investigations against individuals in that firm.

"We still have no clarity from the Central Bank on whether it has launched investigations against individuals in Permanent TSB after they were fined last year," he stated.

Mr Nash also said that Finance Minister Paschal Donohoe has a role in this because he has still not introduced the Senior Executive Accountability Regime, even after committing to doing it over two years ago, and despite the Central Bank calling for it.

"He is dragging his heels on this, and he needs to answer why there has been such a delay in bringing in the new regime," Mr Nash said.

"Individuals in the banks made the decisions to rip off customers who were entitled to trackers. They must be held to account. Both the Central Bank and the Minister have a lot more work to do on this," he added.

Meanwhile, Sinn Féin's spokesperson on Finance Pearse Doherty has said that breaches by KBC Bank Ireland showed that the "rot" at the heart of the Irish banking sector prevails.

Pearse Doherty once again called on the Government to publish legislation requested by Central Bank nearly three years ago to increase accountability in Irish banks.

Mr Doherty said that for years, Sinn Féin have been calling for legislation that would ensure individual accountability at senior levels in our banks.

"The Central Bank echoed these calls three years ago, requesting changes to law that would address individual accountability in the financial sector. Government is yet to bring this legislation forward. They must do so now as a matter of urgency," he stressed.