The Central Bank has fined AIB and EBS a combined €96.7m for their part in the mortgage tracker affair - the largest fine ever levied by the Central Bank.

A fine of €83.3m was imposed on AIB, while EBS, which is now owned by AIB, was fined €13.4m for consumer protection breaches relating to tracker mortgages.

Today's Central Bank fines bring the total sanctions imposed on lenders for tracker mortgage failings to €174m, on top of €737m paid to customers in redress and compensation under its Tracker Mortgage Examination.

The Central Bank said its investigation found that AIB failed in its obligations towards its customers under the Code of Practice for Credit Institutions and Consumer Protection Codes.

It said that AIB's failings caused unacceptable harm and loss to those affected customers over the course of nearly 18 years.

AIB tracker mortgage customers, holding 10,015 mortgage accounts, were affected by the issues between August 2004 and March 2022, the Central Bank said.

"Thousands of customers were overcharged and, at the worst end of the scale, customers lost 53 properties, 13 of which were family homes. The actions of AIB had devastating consequences for its customers," the Central Bank stated.

According to the Central Bank, AIB failed to consider the entitlements of customers when it withdrew the tracker mortgage product.

AIB also breached customers' mortgage contracts, delayed in rectifying the breach, and failed to take immediate and conclusive action to determine for these customers the financial implications of its wrongdoing.

The Central Bank's Director of Enforcement and Anti-Money Laundering, Seána Cunningham, said the significant fine was imposed on AIB in respect of serious and long running failings in meeting its obligations to its tracker mortgage customers.

"The consequences of AIB’s prolonged failings were serious and included significant financial strain and distress for those affected and their families," Ms Cunningham said.

"Our investigation found that when AIB withdrew its tracker mortgage offering there was no proper regard or concern for the impact on its customers. What followed was a litany of failings where customers were wrongly denied their tracker entitlements and others lost their tracker rates due to AIB’s deficiencies in its provision of day-to-day mortgage services.

"In respect of many of its failings, AIB had opportunities to act in order to address those failings and prevent further breaches of its customers entitlements - AIB failed to take these opportunities.

"Underpinning AIB’s failings over a prolonged period of time was a culture of failing to properly consider and recognise the rights of its customers and its obligations to them."

Meanwhile, the Central Bank also said that its investigation found that EBS failed in its obligations towards its customers under the Code of Practice for Credit Institutions and Consumer Protection Codes. 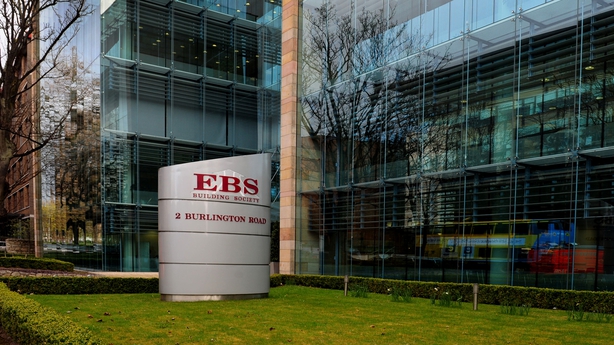 The Central Bank said the EBS failings caused unacceptable harm and loss to those impacted customers over the course of 16 years.

Thousands of customers were overcharged and, at the worst end of the scale, customers lost 84 properties, eight of which were family homes.

"The actions of EBS had devastating consequences for its customers," the Central Bank stated.

It said that EBS failed to properly manage its mortgage services to customers, resulting in breaches of customers’ consumer protection rights and/or contractual rights, while it also failed to adequately warn customers of the consequences of their decisions relating to their mortgage.

EBS was also have found to failed to provide clear mortgage documentation to customers and it also failed to handle customer complaints in a fair and consistent manner.

Seána Cunningham said that mortgage lending is the core of EBS’s business, yet the Central Bank's investigation identified serious deficiencies in EBS’s mortgage services and systems.

"These deficiencies meant that EBS did not comply with its obligations to customers and many customers lost their tracker product/interest rate margin as a result, and were overcharged for sustained periods of time," she said.

She noted that EBS withdrew its tracker mortgage products in 2008, but it took no steps to assess the financial, contractual and regulatory implications of this for its existing tracker mortgage customers.

"Our investigation found that the cumulative effect of the failure to assess the impact of the withdrawal of tracker mortgage products and the existing deficiencies in the provision of mortgage services resulted in significant harm for EBS’s customers," she added.

The Central Bank had determined that the appropriate fine for AIB was €119m, but this was reduced by 30% to €83.3m in accordance with the settlement discount scheme provided for by the Central Bank.

The money from the fines will be paid to the Exchequer.

AIB, which had set aside €70m by the end of last year to cover a potential fine, said it would include an additional charge in its 2022 financial accounts.

AIB said it "profoundly regrets" its tracker mortgage failures and apologised unreservedly for the impact on its customers' lives, particularly the devastating consequences for those people who lost their homes.

"We are deeply sorry for the distress and the financial losses caused by the tracker mortgage issue," AIB group chief executive Colin Hunt said in a statement.

"I have said in the past, and I reiterate today, this matter represents a very large stain on the reputation of the bank. It damaged not only the affected customers, but also undermined the bank's efforts to rebuild public trust and confidence," Mr Hunt said.

AIB said the review, undertaken as part of the Central Bank's Tracker Mortgage Examination, was by far the most complex and rigorous remediation programme ever conducted by the bank as it sought to comprehensively redress and compensate all impacted customers.

"Recognising the scale of the harm done to its tracker mortgage customers, the group has and will continue to take steps to build a positive consumer-focused culture to prevent such detriment ever happening again," the bank said.

AIB said it has undergone a major transformation programme in recent years to position itself as a positive economic and social force in Ireland.

"The conclusion of today's enforcement actions against AIB and EBS by the Central Bank of Ireland will, we hope, allow us to close what has been a dark chapter in the bank's history," it added. Tracker mortgages are home loans where the interest rate is pegged to the main European Central Bank rate, with a fixed additional margin for the bank issuing them.

Irish banks have paid out around €730m to compensate some 40,000 borrowers denied the product that was widely offered during the housing boom in the mid 2000s and withdrawn for new customers when the financial crisis hit.

When banks withdrew the tracker products for new customers, they failed to offer a tracker rate to their existing customers who had contractual entitlements allowing them to a return to atracker rate in their mortgage agreements.

The Central Bank's enforcement action against Permanent TSB, published in 2019 alongside a €21m fine, found it had failed to warn certain customers that they would lose their tracker mortgage entitlements as a consequence of their request to break early from a fixed or discounted interest rate.

KBC Bank Ireland was also fined €18m for failing to adequately warn customers that they would not be able to return to a tracker rate from a fixed rate.

Bank of Ireland has yet to be fined for its role in the tracker scandal, but said it has set aside €94m of tracker-related provisions at the end of last year, including funds for an expected fine.

Minister for Finance Paschal Donohoe has said the scale of the fine issued to banks over tracker mortgages show the "strength of our regulatory system" and how seriously the issue is being taken by the Central Bank and the State.

Mr Donohoe told the Dáil that he will be bringing final proposals for legislation, designed to hold senior bankers to account, to Cabinet next week.

Noting that it has "taken some time to draft", the minister said it will be published "before the summer recess".

He was responding to Sinn Féin's Pearse Doherty who said that while AIB and EBS have caused enormous harm to customers and "ruined lives", legislation to hold senior bankers to account has still not been published.