Twitter founder Jack Dorsey has welcomed Elon Musk's $44 billion takeover of his company as "the singular solution I trust".

The Tesla and SpaceX chief executive has reached an agreement to buy the social media platform for $54.20 per share.

Mr Dorsey, who founded Twitter in 2006, gave his blessing to the takeover in a series of tweets - hailing the decision to let Mr Musk take the social media platform into private ownership and away from the ad model and Wall Street.

"In principle, I don't believe anyone should own or run Twitter," he said.

"It wants to be a public good at a protocol level, not a company.

"Solving for the problem of it being a company however, Elon is the singular solution I trust. I trust his mission to extend the light of consciousness."

He said he agrees with Mr Musk's goal of creating a platform that is "maximally trusted and broadly inclusive".

Mr Dorsey added that he believes this is "the right path" for his company.

"I'm so happy Twitter will continue to serve the public conversation," he said.

"Around the world, and into the stars!"

In principle, I don't believe anyone should own or run Twitter. It wants to be a public good at a protocol level, not a company. Solving for the problem of it being a company however, Elon is the singular solution I trust. I trust his mission to extend the light of consciousness.

Mr Musk, the world's richest person, said last week that he had $46.5 billion in financing to place to buy Twitter, putting pressure on the company's board to negotiate a deal after it had initially resisted the entrepreneur's approach for the platform.

That offer came after the billionaire had bought up a 9% stake in the company and looked set to join its board, before shifting to a takeover bid, saying he wanted to "unlock the potential" of the site.

In the wake of Mr Musk's offer, Twitter had enacted an anti-takeover measure known as a poison pill which could have made a takeover attempt more difficult and expensive, but the firm's board decided to negotiate after Mr Musk updated his proposal to show he had secured financing, according to reports in the US.

Following the agreement, Mr Musk described Twitter as "the digital town square" in a joint statement with the social media platform.

"Free speech is the bedrock of a functioning democracy, and Twitter is the digital town square where matters vital to the future of humanity are debated," he said.

He added that he wants to make Twitter "better than ever", promising to get rid of spam bots and to open the platform's algorithms to the public to increase trust.

The Tesla boss had previously said he wanted to buy Twitter because he did not believe it was properly serving the purpose of being a platform for free speech. 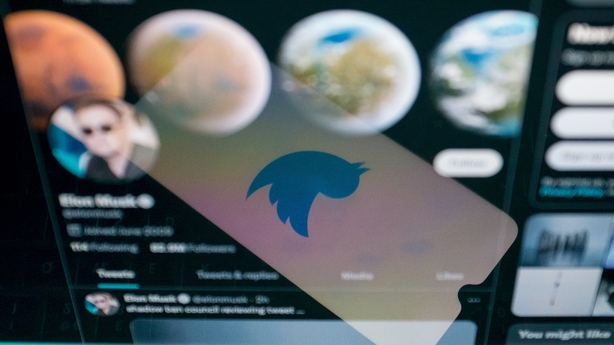 Critics of Mr Musk's efforts to take over the site have raised concerns over his stance as a "free speech absolutist" and there have been suggestions that he could relax its content moderation rules or possibly allow the return of certain suspended accounts, including that of former US president Donald Trump.

Mr Trump said he will not return to Twitter even if his account is reinstated following the platform's purchase by Mr Musk.

He told Fox News that he will formally join his own TruthSocial startup over the next seven days, as planned.

"I am not going on Twitter, I am going to stay on Truth," Mr Trump told Fox News.