Twitter has confirmed it is selling the platform to billionaire entrepreneur Elon Musk in a deal valued at $44 billion (€41bn).

The sale was a dramatic shift for the board, which had originally maneuvered to block Mr Musk from taking the social media network private.

"Free speech is the bedrock of a functioning democracy, and Twitter is the digital town square where matters vital to the future of humanity are debated," Mr Musk said in a joint release announcing the takeover.

He had taken a major stake in the firm earlier this month before lining up last week some $46.5 billion in financing to push forward with the purchase.

Twitter board chair Bret Taylor said the body "conducted a thoughtful and comprehensive process to assess Elon's proposal with a deliberate focus on value, certainty, and financing," according to the statement.

"The proposed transaction will deliver a substantial cash premium, and we believe it is the best path forward for Twitter's stockholders."

The polarising Tesla chief's campaign to buy the social media giant sparked concern that his unpredictable statements and alleged bullying are contradictory to his stated aims for the platform.

The transaction will shift control of the social media platform populated by millions of users and global leaders to the world's richest person.

Discussions over the deal, which last week appeared uncertain, accelerated over the weekend after Mr Musk wooed Twitter shareholders with financing details of his offer.

Under pressure, Twitter started negotiating with Mr Musk to buy the company at the proposed $54.20 per share price.

The deal ends Twitter's run as a public company since its 2013 initial public offering.

Twitter's shares were up about 6% following the news.

Twitter Chief Executive Parag Agrawal has told employees that the future of the social media firm is uncertain after the deal to be taken private under Mr Musk closes.

He was speaking to a town hall meeting that was heard by Reuters.

"Once the deal closes, we don't know which direction the platform will go," Mr Agrawal said.

Mr Musk will join Twitter staff for a question-and-answer session at a later date, the company told employees.

Meanwhile, former US President Donald Trump said he will not return to Twitter even if his account is reinstated following the platform's purchase by Mr Musk.

Mr Trump told Fox News that he will formally join his own TruthSocial startup over the next seven days, as planned.

"I am not going on Twitter, I am going to stay on Truth," Mr Trump told Fox News.

"I hope Elon buys Twitter because he'll make improvements to it and he is a good man, but I am going to be staying on Truth," Mr Trump added. 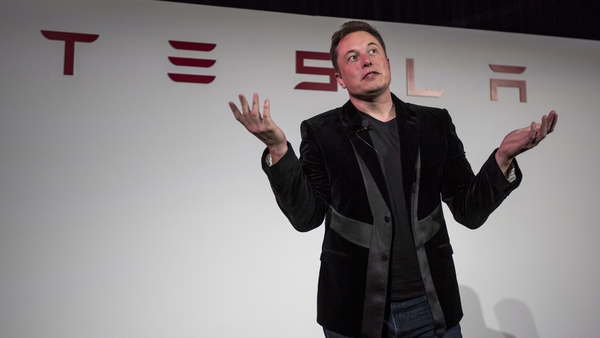