Thousands more carers are in line to receive the Carer's Allowance under changes expected to be announced in the Budget tomorrow.

It comes as an extra €200m in the Social Protection allocation was finalised tonight.

The means-test for carers will be broadened to allow couples with a weekly income of up to €750, and single people with an income of €350, to receive the payment.

It is the first major reform of this allowance in 14 years and follows extensive negotiations between Minister for Social Protection Heather Humphreys and Minister for Public Expenditure Michael McGrath.

The Back to School Allowance is likely to be increased by €10, while more lone parents will also be eligible to receive it.

Final touches are being put to tomorrow's Budget which is expected to deliver €1bn in new spending, and €500m worth of tax cuts. There'll be an emphasis on supports to mitigate rising household energy costs with the weekly fuel allowance rising by €5 | https://t.co/hXC7tzfoT8 pic.twitter.com/U6kwp5dPJ6

The double payment of welfare allowances at Christmas has also been agreed at a cost of €315 million.

Another change will see the Domiciliary Allowance paid for children who are in hospital for a period of six months, which is up from three months at present.

A €5 increase on core welfare payments has already been agreed and will take effect from January.

There will also be a €5 hike in the fuel allowance, which will apply from tomorrow night.

It is likely that it will be November before the increase is paid out, but the payment will be backdated from tomorrow.

RTÉ News understands that there will also be more pensioners eligible to receive the payment, which is currently €28 per week.

Elsewhere, it is likely that 800 additional gardaí will be recruited next year and there will be a 20% increase in the Garda Mountain Bike unit.

The unit will be deployed in Dublin and other urban centres to support high visibility policing.

There is also likely to be an announcement tomorrow on a pilot scheme to provide a basic income for artists, while the live events sector looks set to get €25 million in support next year. 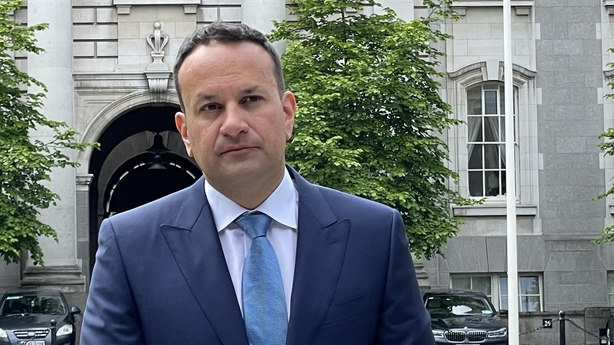 Meanwhile, the Tánaiste has hinted that the Government intends to extend a range of supports for businesses, including the wage support scheme.

Speaking at the launch of Enterprise Ireland's International Markets Week, Leo Varadkar also indicated there may be supports for the aviation sectors.

"Our Budget this week will see modest increases in welfare, reductions in personal taxation, and we expect to see a lot of those business supports like the Wage Subsidy Scheme continue," he said.

"And that is in recognition of the fact that there are some sectors, particularly those sectors that you mentioned, tourism, hospitality, aviation, entertainment and the arts industry that are really only getting back into action at the moment, are not able to operate at full capacity, and we get that.

"It can't go on forever, but it can go on into next year and that is what we intend to do."

Mr Varadkar reiterated that the Government intends to stick with the Budget parameters set out in recent weeks, despite a better than expected performance by the economy.

He said the overall package will be worth €4.7bn, made up of a tax package of €500m and €4.2bn in additional spending, much of which has been announced because it relates to changing demographics, keeping up with additional services and capital plans.

"So whether there is a temptation or not doesn't arise, because we set those parameters and we are going to stick to them," he said.

The final details will be signed-off on at a meeting of Cabinet, ahead of an announcement in the Dáil.

Meanwhile, Taoiseach Micheál Martin has said that the pandemic bonus, or extra bank holiday, will not be dealt with in the Budget .

"I think we are going to see a focus across the board on costs for people in different areas, in health and in fuel and generally in welfare payments," he said.

"I think we have a lot to do in childcare over the next number of years and Minister [for Children] O'Gorman is keen to in the first instance to consolidate the human resource question in childcare, in other words, supporting incomes for people who work in childcare; make it more attractive to both recruit and retain people in the early years education and also give support to parents and to try and curtail any increasing costs."

After last year's Budget was overshadowed by the Covid-19 crisis, this year it will take centre stage once again as one of the key set pieces in the political calendar.

The finishing touches were being applied over the weekend to the package, which will include €1.5 billion of new measures.

A third of this will be allocated for tax changes and €1bn for new spending.

In education, there is likely to be 1,000 new SNA positions announced, as well as a broadening of the DEIS scheme to include more schools.

An increase in the student grant is likely to be on the cards, which will be the first in ten years.

It is understood that Minister for Tourism Catherine Martin has secured €100m worth of new investment.

This will focus on marketing Ireland as a destination, as well as reinvigorating festivals and nightlife to boost the tourism sector which has been so severely hit by the pandemic.

Minister for Public Expenditure and Reform Michael McGrath said this Budget would be progressive.

He added it would seek to improve living standards, as well as work towards both economic and social recovery in the aftermath of the pandemic.