Minister for Finance Paschal Donohoe said he had a "very good engagement" with the US Treasury Secretary Janet Yellen today on the issue of Ireland's position on intensifying efforts to overhaul the global tax system.

"I confirmed to Secretary Yellen that Ireland remains very committed to the process and that we are constructively engaging with the OECD and with other friends and partners in the OECD regarding the conclusion of the process in October," Mr Donohoe said.

"So, we had a good discussion and we've further work ahead of us across the coming months," he added.

Over the weekend, G20 finance ministers agreed to press ahead with a plan to establish a 15% minimum corporate tax rate that would be adopted globally.

They also agreed a plan that would mean large multinational tech companies paying tax in countries where their products are sold, even if they have no physical presence there.

Ireland is one of a small number of countries that currently oppose the plan.

There are now several parallel efforts under way that could mean a major overhaul of how large multinational companies are taxed and where they are taxed.

G20 finance ministers meeting in Venice on Saturday agreed in principle to press ahead with a 15% minimum corporate tax rate.

There is a deadline of October for G20 leaders to agree the plan and it may run into trouble in the US Congress.

However, support for the idea is strong. Last weekend, 130 countries signed a joint statement supporting similar efforts by the OECD.

But Ireland, Hungary and Estonia have reservations, and without unanimous EU support, the plan would most likely stall.

Despite Ireland's objections to the current plans, Ms Yellen has said she expects Ireland to come on board.

Great to meet again with @SecYellen over breakfast this morning. We had a constructive discussion on a range of issues.

Looking forward to welcoming Secretary Yellen at the #Eurogroup this afternoon! pic.twitter.com/4ll2f0i1mp

Speaking after the meeting today, Mr Donohoe hinted that Ireland could support an overhaul of the global corporate tax system within months.

He said: "It is in the interests of stability and in the interests of the principles we talked about today with Secretary Yellen that an agreement is reached and I'm going to play my part to see if Ireland can be part of it, and if we can support it later on in the year.

But how to divide such tax revenue among different countries is proving complex.

In another move, the European Commission has shelved a digital levy for major tech companies in the hope of getting an overall global deal.

Ireland going to look after its own interests - Varadkar

Meanwhile, Tánaiste Leo Varadkar has said it is much better for Ireland to be part of an international agreement on corporation tax reform than to be outside of it and the country does want to shape that agreement.

But in the same way that big countries are looking after their interests, Ireland is going to look after its too, Mr Varadkar said.

"We are not going to sign up to or endorse an agreement that does not protect our fundamental interests as a small country," he said.

The Tánaiste said that the reform process is not just about tax justice and bigger companies paying their fair share of tax, although it is also about that. 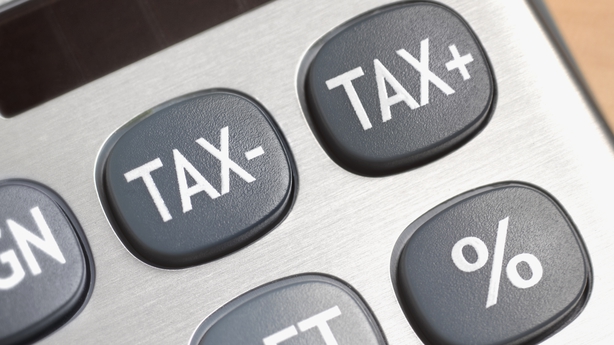 "And those big countries are defending their interests. Britain has secured a carve out for financial services in order to protect the City of London. America secured a commitment that the European Union will not go ahead with a tax on digital companies. So we have to look after our interests too and we will," he stated.

The 12.5% corporation rate has worked for Ireland he said, and we take in about €10 billion a year in corporation tax, double what the average European country does per head of population.

Separately, the Tánaiste said the Government is not going to be in a position to cut income tax or Universal Social Charge in the next budget.

He said we have a big deficit and national debt and we need to increase spending in crucial areas like housing for example.

"What it does mean is that we will honour on our commitment we made to people at the last election as is contained in the Programme for Government that we will index tax bands and that means avoiding a stealth tax increase where by more and more people every year fall into the tax net, whereby more and more people every year end up paying more of their income at the higher rate," Mr Varadkar said.

"Ireland is now an outlier. We have the fourth highest marginal tax rate in the western world," he said

However, he said this is not a tax cut.