Michel Barnier, the EU's chief negotiator, has told member states that legal action against the UK for its threatened breach of the Northern Ireland Protocol remains on the table, but will be deployed at the "appropriate" time, RTÉ News understands.

During a meeting with Mr Barnier this morning, ambassadors from 27 member states are said to have registered "cold fury" at British Prime Minister Boris Johnson's plan to breach the Withdrawal Agreement, and his claim that the EU intended to block food imports into Northern Ireland from Britain.

"There was quite a lot of outrage on the way the UK was spinning on the food blockade," one source, who was briefed on the meeting, told RTÉ News. "There was a lot of dismay on that. People are furious, but it is a cold fury. They know that the only option is to keep calm and carry on."

Officials say the EU is determined to separate the EU's response to Mr Johnson's Internal Market Bill, which London has admitted will breach international law, and the ongoing trade negotiations. 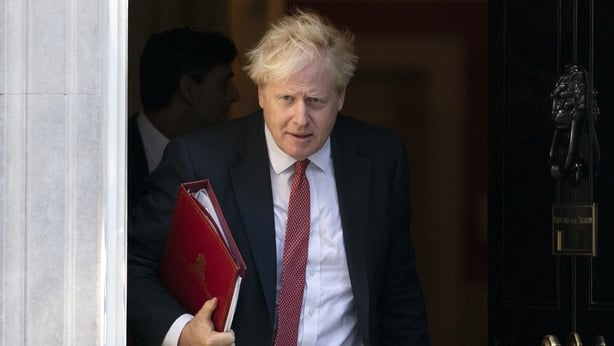 However, member states told Mr Barnier that the question of governance or how to resolve disputes when it comes to the Withdrawal Agreement and the future relationship  will be even more important in the light of the UK's move to overwrite parts of the Northern Ireland Protocol.

"That means double vigilance on governance and enforcement measures," says the source. "And there is no mood to compromise on that.  We need a very robust governance system if there is to be a deal."

Meanwhile, according to a paper circulated by the European Commission to member states, the EU will formally list the UK as an "approved" third country when it comes to importing food products into the EU, only once the London provides "clarity" on its own future food imports regime.

A dispute over when both sides will "list" the other in terms of food imports, is seen in the EU as providing Downing Street with "cover" to allege that the EU was threatening a food blockade of Northern Ireland.

The working paper, seen by RTÉ News, states: "Michel Barnier clearly stated that the EU is not refusing to list the UK as a third country for food imports.

"To be listed, the EU needs to know in full what a country's rules are, including for imports. This assessment is an objective process and the same for all countries.

"If the future UK rules on food imports fulfill all applicable conditions, then the European Union would proceed with the listing of the United Kingdom as a third country for these purposes as of 1 January 2021.

"However, up to now, we do not have full clarity from the UK government regarding its future regime, in particular for imports into the UK."

The working paper says that London informed Brussels "last week" that it will apply the EU's body of rules on animal health and food safety, known as the Official Controls Regulation.

The paper also states that London had not listed the EU as approved for food imports to the UK: "The UK has not yet proceeded to list the EU as a third country."

On Sunday David Frost, the UK's chief negotiator, challenged the EU's insistence that the UK had not come forward with details of its food safety regime from the end of the Brexit transition period.

In a tweet Mr Frost stated: "On 3rd country listings: the EU knows perfectly well all the details of our food standards rules because we are operating EU rules. The situation on 1.1.21 is accordingly perfectly clear."

However, the paper circulated to EU capitals says that, although the UK is operating under EU rules at present because of the transition period, there is no legal clarity about the regime post 1 January. 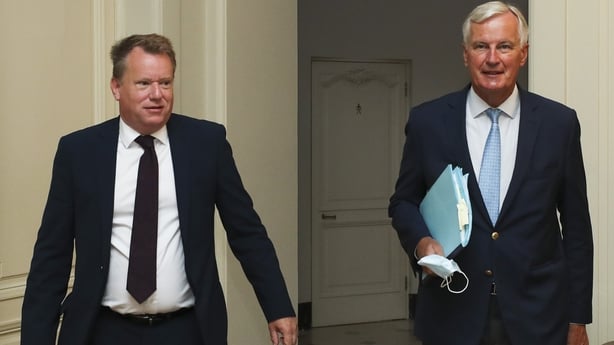 "The UK is indeed 'operating EU rules' right now as we are in the transition period," the working paper states. "We are still waiting for comprehensive information on what the UK's future rules will be, in particular for imports, after 31 December 2020, and when these rules will be adopted.

"We are waiting for this legislation to be put forward," the paper concludes.

The circular also spells out that exit summary declarations for goods going from Northern Ireland to Britain are required under the Protocol.

This is one of the elements the Internal Market Bill attempts to "disapply".

The Commission paper states that while exit summary declarations "are in general much lighter than import customs procedures," some formalities are required for VAT purposes, to control export prohibitions and restrictions, and to allow the EU to comply with international rules.

"This is necessary to protect the external dimension of the Single Market. The Ireland/Northern Ireland Protocol provides for the continued application of those export formalities, in as far as they are necessary to ensure compliance with the Union's international obligations."

During his briefing of EU ambassadors this morning, Mr Barnier is said to have portrayed his strategy on the Northern Ireland Protocol as ensuring peace on the island of Ireland, the protection of the integrity of the single market, and that the EU remain engaged with the UK on the Irish issue for the medium term.

"That relationship is not going to go away, so we need to take a mid-term perspective of how we're going to manage it in the next five, ten, fifteen years in a turbulent world," said the source.