British Prime Minister Boris Johnson has accepted an invitation to travel to Dublin on Monday to meet Taoiseach Leo Varadkar, the Taoiseach's office has confirmed.

The meeting, which is expected to take place on Monday morning, follows an invitation by the Taoiseach to Prime Minister Johnson during a 15-minute phone call in July.

In a statement after the phone call, the Taoiseach said he hoped the two leaders could "... share further their respective analyses on Brexit and to continue discussion of bilateral matters including Northern Ireland, the Good Friday Agreement and the Common Travel Area".

Speaking in the House of Commons, Mr Johnson said he wanted talks on an all-Ireland approach to agriculture and food products.

"We recognise that for reasons of geography and economics agri-food is increasingly managed on a common basis across the island of Ireland," he said.

"We are ready to find ways forward that recognise this reality provided it clearly enjoys the consent of all parties and institutions with an interest.

"We will also be discussing this with the EU shortly and I will be discussing it with the Taoiseach Leo Varadkar when I see him in Dublin on Monday."

The two leaders have spoken by phone a number of times since Mr Johnson took office at the end of July.

In August, Mr Johnson accepted an offer from the Taoiseach to meet to discuss Brexit and Northern Ireland.

Yesterday, the Taoiseach indicated that a meeting may take place next week, adding that he will listen to alternatives to the backstop.

However, Mr Varadkar said that so far the suggestions on the backstop have been on just managing the border.

He also said he would look at any proposals the British government puts forward and there was time between now and the 31 October deadline.

The announcement of the meeting comes after US Vice President Mike Pence called for Ireland and the European Union to "negotiate in good faith" with the UK on Brexit.

It also coincides with the return of the House of Commons at Westminster following MPs' summer recess.

Opponents of a no-deal Brexit are looking to take control of business in the House to allow them to discuss proposed legislation to block the UK from leaving the EU without an agreement.

Meanwhile, the Government has said that it will launch a 'call to action' campaign, which aims to ensure that businesses and other affected sectors are fully prepared if there is a no-deal Brexit.

In a statement following a Cabinet meeting on no-deal contingency planning, the Government said that it wants to ensure that businesses are ready for new regulatory requirements if Britain leaves the EU without a deal.

It noted the "increasing risk of a no-deal Brexit on 31 October", and said that no-deal planning contingency will continue "to get top priority across all Government Department and Agencies". 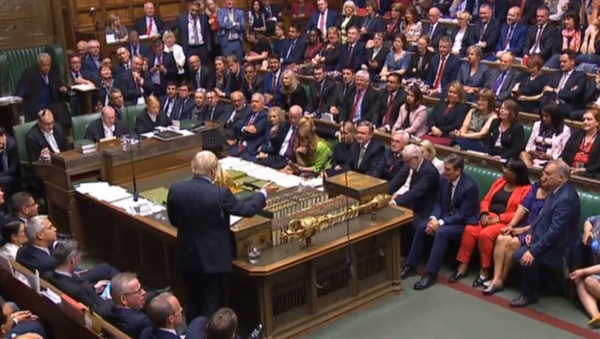 As it happened: MPs take control of Commons business