A new shared food safety and animal health area taking in the island of Ireland and the island of Great Britain as a whole should be created to prevent the Irish backstop taking effect, according to a report by a UK non-government body of MPs, academics, trade and customs experts.

The report suggests that such an arrangement would mean remove the need for customs, food safety and animal health checks between north and south, or between the island of Ireland and Great Britain.

However, Irish officials have flatly dismissed the idea as tantamount to Ireland having to leave the EU's single market for agriculture and food safety.

The Alternative Arrangements Commission has set out a range of proposals that it claims would avoid the backstop taking effect in a 206-page interim report published today.

The commission is a privately funded organisation, which seeks to replace the backstop with other solutions in order to ensure that the Good Friday Agreement can be preserved, but that post-Brexit the UK will also in all circumstances have an independent trade policy.

The commission's work is supported by a significant number of eurosceptics and DUP MPs, although it is headed by two Conservative MPs, Nicky Morgan and Greg Hands, who voted remain in the 2016 referendum.

The group's interim report says that so-called alternative arrangements to the backstop should be "fully up and running within three years".

These would include harnessing "existing procedures and technologies and customs best practice".

It recommends the creation of Special Economic Zones on the Irish border and a "multi-tier trusted trader programme for large and medium-sized companies", with exemptions from customs checks for smaller firms. 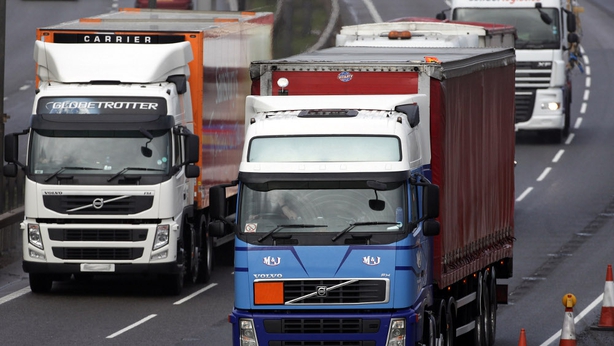 The report suggests that so-called Sanitary and Phyto-Sanitary (SPS) checks - i.e. animal, plant and food safety checks that would normally apply on an EU-third country border - should be carried out by "mobile units away from the border using the existing EU Union Customs Code or a common area for SPS measures".

The AAC says a legal protocol should be "inserted into the existing Withdrawal Agreement", or "utilised in any other Brexit outcome".

Once Britain leaves the EU it will become a third country for trade purposes.

The UK believes that the future relationship negotiated with the EU, and/or the technology, trusted trader schemes and other such exemptions, will guarantee no hard border on the island of Ireland.

However, the EU and Ireland have insisted that a "backstop" is needed if those solutions work, and that it should apply "unless and until" some legal arrangement is found that guarantees no return to any hard border, the avoidance of related checks and controls, and the preservation of north-south cooperation.

The backstop is enshrined in the Withdrawal Agreement concluded between the EU and UK last November.

However, the treaty has been rejected three times by the House of Commons and was instrumental in the resignation of Theresa May.

Both sides have pledged in the Withdrawal Agreement, and its accompanying political declaration on the future relationship, to exploring "alternative arrangements" to the backstop.

But the EU insists that if they are not found to work, then the backstop - essentially Northern Ireland remaining in the EU's single market for goods, with the UK as a whole remaining in a Customs Union with the EU - should apply until a legally operable solution is found through a free trade agreement.

Today's interim report from the AAC says that "all future proposals must be based on the principle of consent" in Northern Ireland, and that "derivative of this, there can be no physical infrastructure at the border and no related procedures and controls at the border". 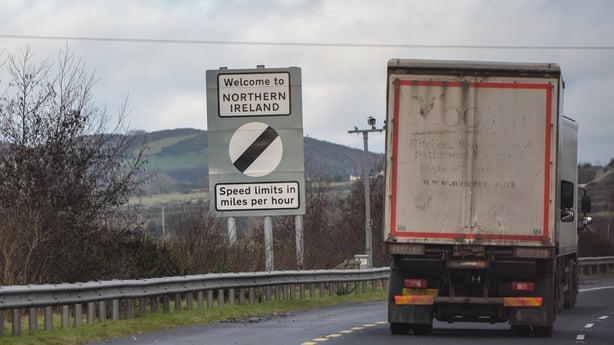 However, the report recommends checks and controls happening "away from the border" where necessary, using, for example, "mobile SPS control".

The AAC also says all sides should "understand the need for an executable and real UK independent trade and regulatory policy".

Critics of the backstop suggest that it could result in the UK being trapped in the EU customs union if future free trade negotiations break down. The EU disputes this.

The AAC paper states: "There is no one solution to the Irish border - we propose a multi-layered approach, involving many different mitigations. We seek to give traders as many choices as possible."

It suggests that exemptions under WTO rules could apply at the border based on national security and "frontier traffic exemptions".

However, the most controversial suggestion is that Ireland would join the United Kingdom in a common area for animal health and food safety.

This area then would be "equivalent" to the EU's legal regime governing these so-called SPS sectors by way of a "common rulebook". It would be based on the Australia-New Zealand Food Safey Area.

The AAC states: "Such a common area would ensure no customs registration procedures within the islands as is the case for the Common Travel Area for people but would mean customs procedures being introduced between [Ireland] and the EU-26 (as is the case for people now) if the whole area diverged from the EU SPS rules in ways that were unacceptable to the EU."

If the UK did diverge from EU rules, the paper suggests, the Ireland "could break" with this new common area.

Then, the paper suggests, the Northern Irish Assembly could "determine if NI remained within the all-Ireland common SPS area or stayed within the diverging UK SPS area".

The AAC suggests that Ireland would have an interest in creating a two-island SPS area because it would make the Dover-Calais frontier more frictionless.

"…The economic data… shows that a significant volume (at least 70%) of trade into the EU-26 flows across the UK land-bridge. The vast majority of this trade ultimately enters the continent via Dover-Calais routes.

"The Irish Government therefore has a strategic interest in making sure the land bridge works (Dover-Calais)."

However, the idea has been swiftly rejected by Irish sources.

"There is absolutely no way Ireland is going to be dragged out of the single market by the UK leaving the EU, and left with this terrible decision in a couple of years time if Northern Ireland changes its rules," says one source. "What do we do then? We're left with the mess. It's utterly unattractive."

The commission also suggests lessons can be learned from other borders around the world, including the US-Canada frontier, where "the CSA Platinum programme allows highly trusted companies not to deal with customs at all (by filling out the equivalent of tax returns)".

"These sorts of arrangements are particularly suitable for the Irish border and the largest companies that use it."

If there was no common SPS area that would mean agri-food products and live animals moving north and south across the border would be subject to checks and veterinary certification procedures via EU-approved Border Inspection Posts (BIPs). 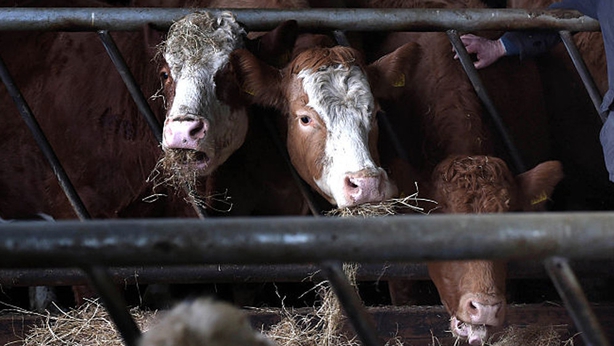 The report suggests these border posts could be moved "away from the border" and that "mobile units" could conduct checks where possible.

Currently, no such checks are required as both the UK and Ireland are in the EU.

Under customs and trade rules, in certain circumstances large "trusted traders" can be exempt from certain customs formalities.

However, most observers believe that the expense and the nature of Northern Ireland's SME and micro-business economic profile means that AEO status would be out of reach for most companies, especially those that trade in agri-food across the border.

The AAC report suggests that the biggest traders would only have to submit papers on a quarterly basis, with "benefit packages" for those smaller companies on the lower end of the "ladder".