The European Union is expected to seek more than €10bn in UK contributions for this year even in the event of a no-deal scenario on 12 April, RTÉ News understands.

In exchange, UK beneficiaries of EU funding would continue to receive grants for the rest of the year.

A senior EU source told RTÉ News: "We hope to have it wrapped up this week."

The official said there had been "informal" signals from the UK Treasury that Britain would be willing to consider paying the remainder of its budget obligations until the end of the year.

This is in order that universities, local communities and any other beneficiaries would not be frozen out of EU structural, regional development and research funding immediately.

Farmers, including those in Northern Ireland, will continue to receive direct payments in any case as Common Agriculture Policy (CAP) funding has already been committed by the EU for the entirety of 2019.

It would also mean British officials working in EU institutions would continue to have their pensions paid.

However, on 13 March the House of Commons European Scrutiny Committee raised serious concerns about the idea and sharply criticised what it called "ambiguous" responses from the Treasury on the issue.

Of that sum, Britain has already contributed €7.2bn, meaning that in a no-deal situation the EU would face a shortfall of €10.2bn this financial year.

The EU now expects that amount to be paid.

A Downing Street spokesman told RTÉ News: "We’ve said before that if we leave without a deal, the financial settlement as set out in the Withdrawal Agreement will no longer apply.

"This remains our position but, of course, we are a country that honours our obligations, and those would need to be resolved."

The new EU law, to be adopted this week, was first tabled by the European Commission in January as part of the intensification of its no-deal planning.

The commission’s regulation would create a legal basis for a non-member state to keep receiving EU funds in the event of a hard crash out.

The issue was discussed by officials from member states this morning, with EU ambassadors addressing it again later this week.

"The regulation would still foresee the possibility of disbursing money to UK beneficiaries or recipients under a no-deal scenario," says the senior EU source.

"It is designed as an incentive for the UK to continue to pay into the budget, and that they would continue to honour their obligations."

The EU has a separate regulation for the so-called PEACE IV funding for Northern Ireland and the border area, as well as INTERREG funding. Both funding streams will continue in a no-deal scenario until the end of 2020.

The EU move this week comes amid growing pessimism in Brussels that Britain is heading for a no-deal exit on 12 April.

However, sources say that the UK would quickly return to the negotiating table to try to establish a formal trading relationship with the EU beyond the basic WTO provisions.

In such a scenario, sources say, the EU would insist on the three key stumbling blocks that dominated the divorce negotiations: the Irish border, citizens' rights, and the exit bill.

For this reason, EU sources say the Treasury is interested in entertaining the idea of continuing to pay the UK’s budget contributions for 2019.

"Even in a no-deal scenario the Brits will not want to blow up all their bridges," says the source.

However, it appears to be an extremely sensitive issue for the Treasury, given the currently inflammatory politics surrounding Britain’s exit from the EU, and the fact that the legal basis on which the UK makes its EU contributions will lapse at 11pm on 12 April, unless the House of Commons can agree on an alternative.

On 7 March, the House of Commons European Scrutiny Committee wrote to the Treasury seeking "more information on the government’s approach to securing parliamentary scrutiny and approval of any UK legal act permitting the Treasury to make payments to the EU" if there is no legal basis to do so.

The committee has stated it was "unclear what benefit the UK would derive directly from accepting the commission’s proposal given it is a net contributor to the EU budget".

The committee suggested the Treasury itself should cover any monies normally received by the EU as it would be "cheaper … than continuing to cover a share of the EU budget".

However, the committee also recognised that the potential for chaos in a no-deal scenario and Britain’s international reputation gave the EU the upper hand in approaching the issue.

It concluded that "the government and the EU would still need to return to the negotiating table to resolve many issues in the bilateral relationship … including talks to address the serious disruption to trade and transport likely to occur in such a scenario".

The committee acknowledged that "the EU will make any such negotiations dependent on the resolution of the financial settlement" set out in the Withdrawal Agreement.

The committee’s report continued: "An immediate cessation of payments to the EU in respect of financial commitments undertaken with the UK’s agreement when it was still a member state could have wider implications for its perceived reliability as a negotiating partner, and have an impact on the country’s sovereign credit rating."

Despite the toxicity around continuing UK’s budget contributions in a no-deal scenario, a number of sources suggest Downing Street is willing to accept the payments.

The EU has been forced into seeking continued UK payments because of a complication surrounding the British rebate.

Once EU law no longer applies to the UK its rebate falls, but this will have the knock-on effect of complicating the budget payments of four countries – Germany, Austria, the Netherlands and Sweden – who have all have been compensated for their contribution to Britain's rebate.

With the UK rebate disappearing those countries would have been left on the hook for higher budget payments for this year.

"If we did not correct that ourselves, the immediate but unintended consequences would be that those four member states would proportionately pay more because, of course, their ‘rebate on the rebate’ is gone," said a senior EU official.

In its letter of 7 March, the European Scrutiny Committee asked the Treasury to confirm it would make any further UK payments this year conditional on the continued application of the rebate.

The committee also sought answers on whether or not the European Commission, or the anti-fraud agency OLAF would be able to conduct budgetary inspections even if the UK was a non-member state, and if the UK would be able to pursue its own agriculture policy, since its budget payments would continue to fund the CAP guarantee. 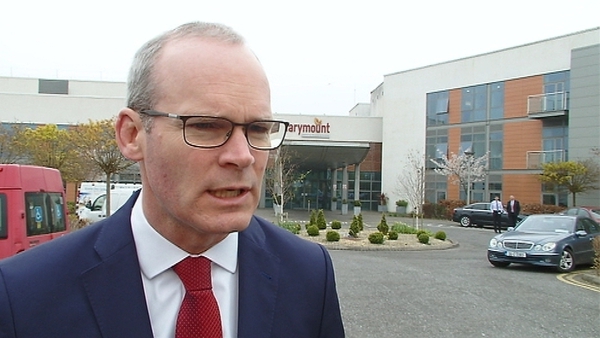 Ireland needs to prepare for 'worst possible outcome' on Brexit