British Prime Minister Theresa May faced competing demands to both purge and protect the border backstop as she met Northern Ireland's political leaders.

Mrs May held talks with the five main Stormont parties in Belfast today as she continued efforts to salvage her troubled Brexit deal.

The backstop provision of the Withdrawal Agreement would see the UK tied to a customs union - and Northern Ireland additionally bound to some single market regulatory rules - if a wider trade deal fails to materialise by the end of the Brexit transition period.

The DUP and Ulster Unionist Party are vociferously opposed to the mechanism, insisting it would create an economic border between Northern Ireland and the rest of the UK.

Sinn Féin, the SDLP and the Alliance Party - all Remain advocates - argue the backstop is the only way to maintain a free-flowing Irish border post-Brexit.

DUP leader Arlene Foster, whose ten MPs prop up the Conservative Government at Westminster, led her party's delegation for the meeting with Mrs May at Stormont House.

She again insisted the backstop was the "main problem".

"We want a deal which respects the union and the referendum result," Mrs Foster said.

"Our message was very simple. The draft Withdrawal Agreement is flawed because the backstop would undermine the economic and constitutional integrity of the United Kingdom.

"It is welcome that the prime minister is travelling to Brussels to seek changes, but she must stand strong and by the commitments she made to the House of Commons.

"We want a deal. One that works for us as well as our neighbours in the Republic of Ireland. But we must face reality. There is no 'agreement' unless it is able to command the necessary support in Parliament." 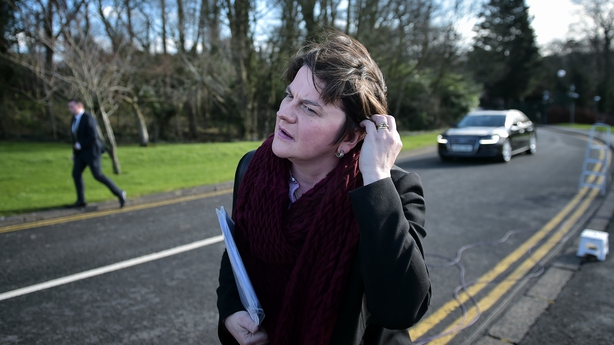 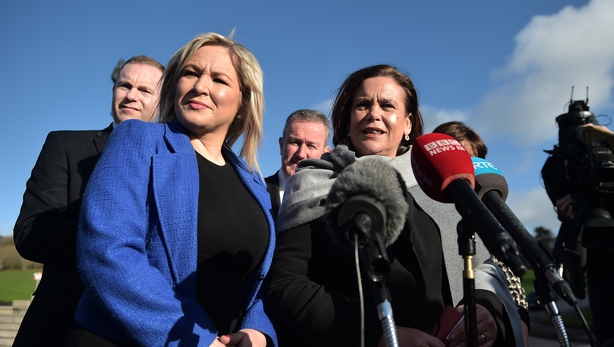 "That has consistently been our position, that is the position of everybody across Irish public and political life, with the exception of the DUP," she said.

Mrs McDonald accused Mrs May of coming to Belfast with "no plan, no credibility and no honour".

"We have told her that the British strategy of running down the clock and playing a game of chicken with Ireland and Irish interests is profoundly unacceptable and wrong," she said.

"We have told her that the days of Britain dictating to Ireland or Irish people, that those days are over and will not return.

"We have told her that the backstop is the bottom line, the bare minimum requirements to meet Irish interests, to protect the Good Friday Agreement, to prevent a hardening of the border, to in some way mitigate citizens' rights.

"We have told her that pandering again to the DUP is wrong on every level and we have reminded her that the DUP do not represent the views of the people of the north of island, or indeed the island as a whole."

Last week, MPs backed an amendment that advocated the negotiation of "alternative arrangements" to replace the backstop.

Yesterday, on the first day of her two-day visit to Belfast, Mrs May suggested she would be seeking to change the backstop - perhaps with the insertion of a time limit - rather than ditching it completely.

SDLP leader Colum Eastwood said Mrs May needed to understand there was no alternative to the backstop. 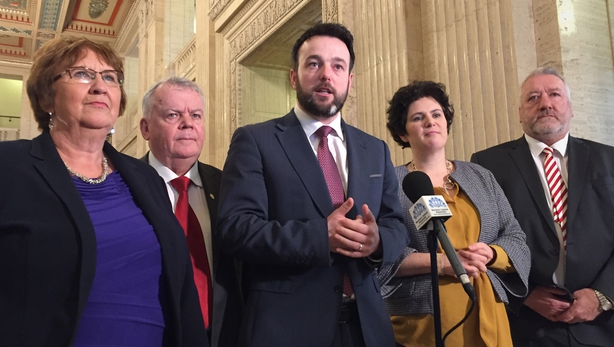 Read:
May in Belfast, Varadkar in Brussels with Brexit on the agenda
May says commitment to avoiding hard border after Brexit 'unshakeable'
More Brexit stories

"Last week's vote - the Brady amendment - was a betrayal of everything that was said before that, of the people of Northern Ireland and of all the political progress that we have made," he said.

"It just doesn't add up. The last time Theresa May was here she was expounding the values of the backstop and now we are in a situation where apparently the alternatives to the backstop are being explored.

"We made it very clear that there are no alternatives to the backstop.

"The bottom line is this - for the people of Northern Ireland, for our peace process, for all of our political progress, we need to remain within the customs union and single market in order to avoid a hard border.

"I think that will begin to be understood at all levels in the British Parliament because they don't have an alternative. They talk about vague alternatives but there aren't any alternatives."

The meetings at Stormont came amid the ongoing power-sharing crisis at Stormont, which has led to no properly functioning devolved government for two years. 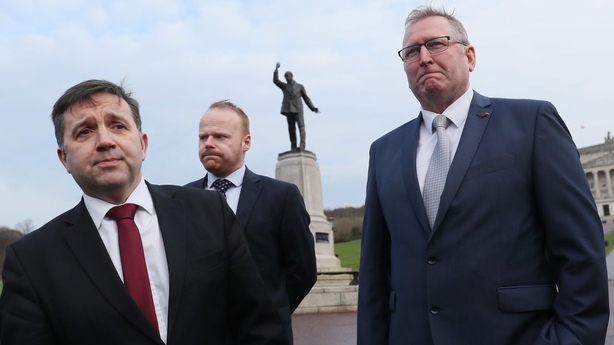 UUP leader Robin Swann, who is also opposed to the terms of the backstop, said Mrs May must impose Westminster rule if there is a Brexit no deal.

"The conversation we were having with the prime minister was initially about Brexit, we had to drag her to a place where we actually started to talk about how we get these institutions back up and running," he said.

Alliance Party leader Naomi Long expressed her impatience at what she termed a lack of progress in the two years since the UK voted to leave the European Union. 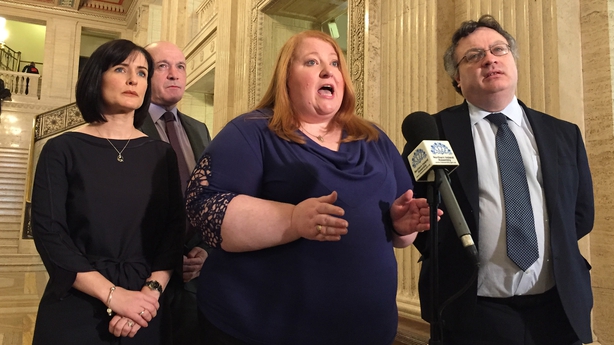 "It's very clear from our perspective that the time for reiterating red lines and regurgitating reassurances has long gone," she said.

"What we need now, and the only lines we are interested in, are black and white on paper, an actual deal.

"This is about people being able to do their jobs, it's about workforce planning in our health service, in our schools, it's about all of those things. It's not about philosophical debates in parliament."