Britain's withdrawal from the European Union could be delayed to enable the British government to pass crucial legislation if a Brexit deal is not agreed until late March, the UK’s foreign secretary has warned.

Jeremy Hunt said it was "difficult to know" if negotiations with Brussels would run until the 11th hour, but confirmed that "extra time" may be needed to pass laws.

His comments came as the Institute for Government (IFG) said the UK is unprepared for a no-deal exit as there would be "extremely damaging" disruption.

The think tank predicted that in eight out of 11 broad policy areas, including health and borders, the British government would be unable to avoid "major negative impacts".

IFG director Bronwen Maddox told the BBC the UK is "not ready for no deal", adding: "The disruption from no deal - simply from the lack of preparation - would be extremely damaging. It cannot be dismissed as a mere blip."

Mr Hunt told Radio 4's Today programme: "I think it is true that if we ended up approving a deal in the days before 29 March then we might need some extra time to pass critical legislation, but if we are able to make progress sooner then that might not be necessary.

"We can't know at this stage exactly which of those scenarios would happen."

He said it was still possible to reach a deal as a consensus in parliament had emerged, and added that the government is not ruling out any potential solutions, including a technological solution to solve the border question.

On Tuesday evening, the House of Commons voted in favour of a proposal backed by British Prime Minister Theresa May to reopen the Withdrawal Agreement and replace the backstop with "alternative arrangements" to avoid a hard border in Ireland.

New legislation may need to be passed to extend the EU leaving date if a Brexit deal is reached in the days before 29 March, Foreign Sec @Jeremy_Hunt tells #r4today@justinonweb | https://t.co/N7l1DbOnhA pic.twitter.com/ib4u0hFLsn

Mrs May is due to report back to parliament on her negotiations with the EU on 13 February, with a further series of votes by MPs expected the following day.

Reports have suggested she could face a wave of resignations by pro-Remain ministers if she does not at that point finally rule out a no-deal Brexit.

Business Secretary Greg Clark, who strongly opposes a no-deal break, said he would do "everything that I can" to prevent a "disorderly" withdrawal from the EU.

But Mrs May's intention to return to Brussels to reopen negotiations on the backstop was met with a firm rebuff from European leaders.

Yesterday, Taoiseach Leo Varadkar reiterated the unchanged Irish and EU position on the Withdrawal Agreement and backstop in a telephone conversation with Mrs May.

The Taoiseach said the latest developments at Westminster had reinforced the need for a Brexit backstop that is "legally robust and workable in practice".

Read:
What is the backstop?
Latest Brexit stories

Mrs May also spoke to European Council president Donald Tusk in what was described as an "open and frank" conversation, according to reports from Brussels.

Afterwards, he tweeted: "The EU position is clear and consistent. The Withdrawal Agreement is not open for renegotiation."

Mrs May's strategy secured a rare show of unity from the warring wings of the Conservative Party - as well as her allies in the DUP - in the Commons on Tuesday.

However, Mr Clark suggested she needed to find an agreement that could command broader support across the House if it was to survive.

He told ITV's Peston programme: "Not only do I think it is necessary for people to come together across partisan lines, if we are properly to move forward I don't think we should aim for this deal to pass by a majority of one or two. I would like to [see] a substantial majority for a deal." 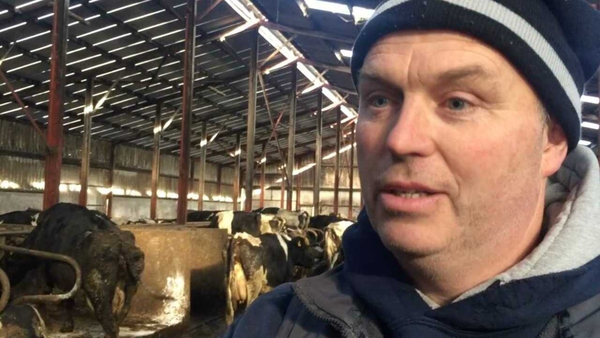 Who will check the tanker of milk? Brexit