The Taoiseach has said the latest developments at Westminster have reinforced the need for a Brexit backstop that is "legally robust and workable in practice."

Leo Varadkar reiterated the unchanged Irish and EU position on the Withdrawal Agreement and backstop in a telephone conversation with his British counterpart Theresa May this afternoon.

The phonecall comes after Mrs May succeeded in uniting her party behind a plan to rewrite the deal to address concerns about the Irish backstop in the House of Commons last night.

However, her plan to renegotiate Britain's Brexit Withdrawal Agreement has met a wall of resistance from the EU, with the continent's most senior politicians and officials lining up to insist the deal cannot be unpicked.

Senior figures in Brussels, Berlin, Paris and Dublin warned that the demand only made a no-deal Brexit more likely as the clock ticks down to the UK's scheduled departure from the European Union on March 29.

In a statement this afternoon following his phone conversation with Mrs May, Mr Varadkar said the two leaders agreed to stay in touch over the coming period.

This evening Mr Varadkar told a meeting of the Fine Gael parliamentary party that Ireland's European partners provided strong solidarity today and have added steel to their resolve.

Mr Varadkar said he did not see any other viable position for the Government than to hold firm, adding that he did not have a problem with any extension of Article 50, were it to occur.

He added: "The debate and votes in the House of Commons yesterday do not change that.

"The Withdrawal Agreement will not be renegotiated."

"Ireland's border is Europe's border and it is our Union's priority."

Mr Juncker told MEPs that the backstop represented a "safety net" for the Irish border, adding: "No safety net can ever truly be safe if it can just be removed at any time."

He said he sometimes had the impression that some on the UK side hoped that 26 EU states "will abandon the backstop - and so Ireland - at the last minute".

But he insisted: "This is not a game and neither is it a simple bilateral issue. It goes to the heart of what being a member of the EU means.

"Ireland's border is Europe's border and it is our Union's priority."

Yesterday's House of Commons vote demanded the replacement of the backstop with "alternative arrangements" to avoid a hard border on the island of Ireland.

But the EU's chief negotiator Michel Barnier told MEPs that "no-one, on one side or the other, can say very clearly and precisely what form these alternative arrangements will take". 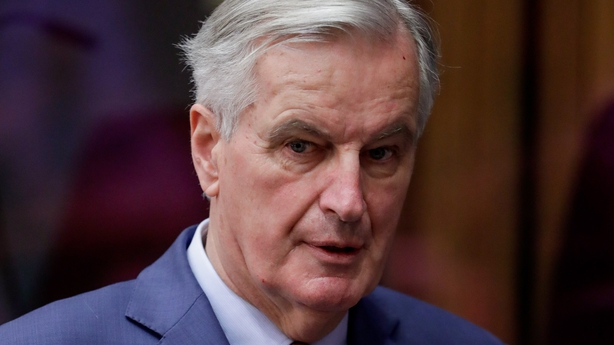 Insisting that the plan remains "at the heart" of the EU's efforts to protect the single market", Mr Barnier said: "The backstop is part and parcel of the Withdrawal Agreement and this agreement will not be renegotiated."

"I agree with Theresa May, voting against a no deal - as happened yesterday - does not rule out the risk of a no deal," he said.

"For us, the Withdrawal Agreement remains the best and only means to ensure an orderly withdrawal of the UK."

Responding to UK critics of the agreement, he said: "It is tough, I find it hard to accept this blame game they are trying to play against us."

Mr Barnier said the EU was ready to work with the idea of "alternative arrangements" once the Withdrawal Agreement has been signed.

"I agree with Theresa May, voting against a no deal - as happened yesterday - does not rule out the risk of a no deal," he said.

"For us, the Withdrawal Agreement remains the best and only means to ensure an orderly withdrawal of the UK."

Responding to UK critics of the agreement, he said: "It is tough, I find it hard to accept this blame game they are trying to play against us."

Mr Barnier said the EU was ready to work with the idea of "alternative arrangements" once the Withdrawal Agreement has been signed. But he said: "Right here and now, quite honestly, no-one on one side or the other can say very clearly and precisely what form these alternative arrangements will take so they can be operational and they can objectively meet the aims of the backstop.

"Calmly and clearly, I will say right here and now - with this Withdrawal Agreement proposed for ratification - we need this backstop as it is. Rejecting the backstop as it stands today boils down to rejecting the solution which has been found with the British. But the problem remains."

Mr Barnier said the EU "is ready and will continue to be ready to be more ambitious" in negotiating a future economic relationship with the UK.

Earlier, Tánaiste and Minister for Foreign Affairs Simon Coveney said the British government wants both their red lines over Brexit and to change the backstop.

The Irish Government has insisted that the Brexit Withdrawal Agreement is not open for re-negotiation, despite the vote at Westminster last night in favour of seeking an alternative to the backstop.

Speaking on RTÉ's Today with Sean O'Rourke, Mr Coveney said that the UK wants it both ways and it is a contradiction in terms.

He said the Government is being asked to compromise on a solution that works and replace it with wishful thinking.

"If you look at her interviews in recent weeks she [Theresa May] talks about saying we can't sit around and say we don't want border infrastructure, we have to have legal and practical ways of doing that and that is why she defends the backstop.

"You know unfortunately she has recommended that her party vote against the deal that she herself negotiated", Mr Coveney said.

"We have a deal, the British government was part of that.

"It's an extraordinary situation that when a prime minister and a government negotiates a deal and then goes back and during the ratification process votes against their own deal, which is what happened yesterday, and now wants to go back to their negotiating partner and change everything," he added.

'It's like saying give me what I want or I'm jumping out the window' - Tánaiste Simon Coveney tells @TodaySOR the latest British Brexit moves are "extraordinary". #TodaySOR @RTERadio1 pic.twitter.com/7ui2oJeETV

Mr Coveney said there are alternatives available for Mrs May "if she wants to take them, she could reach out to the opposition in a real way and talk to them about building consensus across the aisle in Westminster, she hasn't done that."

The Tánaiste said the Irish position is not going to change and he said that an unintended consequence of Brexit could be the re-emergence of a physical border infrastructure on the island of Ireland.

He said the Government spotted it early and sought guarantees from the British government that that would not happen.

"Those guarantees were given in a political declaration in December 2017."

He said we got "absolute guarantees" from the Prime Minister herself to the EU, and to Ireland and she said she would provide guarantees and that it would be done in one of three ways, that this would be resolved through a comprehensive future relationship negotiation, which Mr Coveney said, can still happen.

"This could be resolved by a bespoke solution being offered to Ireland by the UK - which is being proposed by technical systems - which I'm not convinced by.

"And then perhaps most importantly the guarantee and insurances by the third commitment, which is in the absence of agreement in those two things, that the UK would maintain full alignment with the rules of the customs union and single market in the areas necessary to prevent border infrastructure, the peace process and an all-island economy."

Regarding alternative arrangements around technology such as 'exit clauses' and 'time limits on backstops', he said: "We have been through all these things, we have tested them and found they don't stand up to scrutiny and now we have a prime minister who is advocating again for the same things that were tested."

Speaking in the Dáil, Leo Varadkar said there are no plans or pressure to hold an emergency EU summit.

"The European Union, including Ireland, stands by the Withdrawal Agreement including the protocol and backstop relating to Ireland," he said.

He added: "A renegotiation is not on the table. There's no plans to organise an emergency summit to discuss any changes to the guidelines. Nor is there any pressure to hold one."

He also said that the message from the EU was abundantly clear: "The Withdrawal Agreement is not up for renegotiation and is not going to be reopened."

Mr Varadkar said the Brady amendment failed to specify the details of the alternative arrangements.

"I don't know what those alternative arrangements are," the Taoiseach said.

"We've been down that track before and I don't believe that such alternative arrangements exist.

"That is why we have the agreement that we have now because the only way I believe that we can avoid a hard border - physical infrastructure, checks and controls in the way foreseen in the original December agreement - is through full regulatory alignment."

Read More:
Backstop is not up for renegotiation, say Govt and EU
MPs vote to replace backstop with 'alternative arrangements'

Even before Mrs May went in to the House of Commons yesterday to reject the core element of the treaty she spent nearly two years negotiating, she had already been told by European Commission President Jean-Claude Juncker in a phone call that the backstop was not up for renegotiation.

According to one senior EU source briefed on the phone call, she was told that if she came back to Brussels looking for it she would be wasting her time.

Downing Street has said Mrs May was looking at three options: for the backstop to have a time limit, for the UK to have a unilateral exit mechanism, or for a third, the so called Max Fax option, which would use technology to minimise checks on the Irish border.

The EU has already rejected all three ideas.

But asked repeatedly on BBC's Today programme what the alternatives to the backstop were that could be discussed with Brussels, he did not come up with anything specific.

He said the UK was "exploring in terms of the use of technology ... looking at things like the time limit" to deal with the backstop. 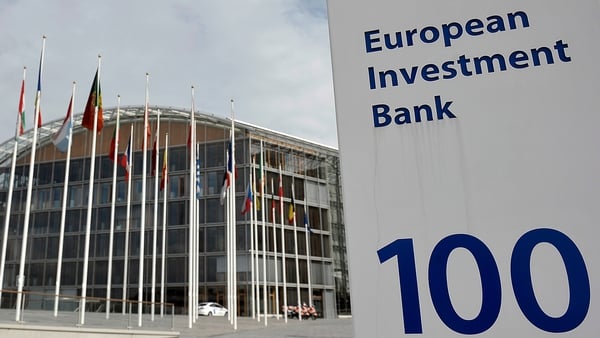