The minister insisted such issues are dealt with in the Withdrawal Agreement and the focus should stay on Westminster.

But while the political magnifying glass is on London, Dublin and Brussels; farmers, transporters, and milk processors along the border are watching and waiting.

"It’s getting to the stage now that it is frightening. Nobody knows what’s out there. Will we have a hard border? People are starting to get jittery."

PJ McMonagle’s farm in Raphoe, Co Donegal, feels about as far removed from Westminster, or indeed Leinster House, as you could imagine. Wet, soggy mud underfoot, the pungent aroma of cattle, and the loud, grating sounds of farm machinery.

PJ wears a woolly hat and heavy coat to try to mitigate against the falling temperatures. His herd of 120 cattle are kept in a shed paid for with an EU grant. So too, the milk parlour.

Eight years ago, driven by a better price, PJ made the decision sell to a Northern-based processor - Strathroy Dairies. He was the first farmer in the area to make the move, but others soon followed.

PJ is now facing the prospect of a significant change in how he does business. In the event of a no-deal Brexit he's worried about extra regulations, or even worse, tariffs on his milk. A transport delay at the border could also have implications.

"Our milk is fresh going to Strathroy Dairies, if that lorry has to sit at the border for two hours the milk is going to start to go off," PJ warns.

It's a worry that is keeping the father-of-three up at night.

"When you get the boys to bed it's the first thing we talk about. What are we going to do?

"You're sitting down at night and putting together a few bits of paper and saying, right, can I contact this person or that person? In case of emergency, because that’s really what it is going to be."

PJ says he knows farmers across the border who now regret their Brexit vote.

"There are colleagues of mine across there that voted to leave the EU and now they are wishing they hadn't.

"It’s getting to the stage now that it is frightening. Nobody knows what's out there. Will we have a hard border? People are starting to get jittery."

"If I can't cross the border it means no work for me. It's difficult to plan anything because we don't know what's going to happen." 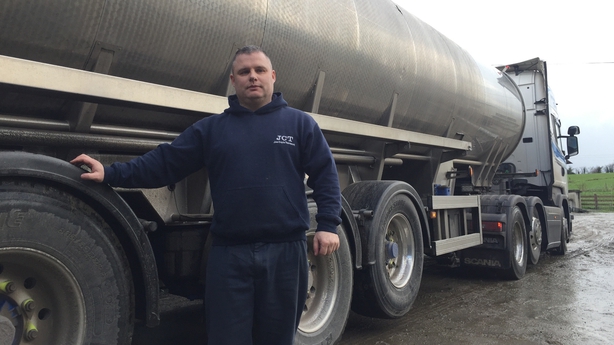 PJ McMonagle’s milk is collected every two days by a tanker driven by Andrew Neeson. The enormous HGV is where the Brexit rubber meets the road. Literally.

Andrew works for his uncle's transport company, Joe Coyle Transport. Almost every day he collects tens of thousands of litres of milk from farms in Co Donegal.

Once full, the truck travels back over border which, in these parts, is the River Blackwater.

Thirty minutes later, it arrives in Omagh, Co Tyrone, where the payload is pumped into the Strathroy plant. South into north. Frictionless.

But that's not the end of the border hopping. Once processed, Strathroy supplies own-brand milk to supermarkets in the south. Donegal milk ends up on the shelves of retailers such as Lidl and Aldi. The only indication of its journey is a Strathroy stamp on the bottom of the plastic carton.

Andrew crosses the border a number of times throughout his working day. His final drive is also a border crossing from work to home.

"It doesn't matter what run I'm on I have to cross the border sometime in the day. I’m like a yoyo."

Andrew says even a 15-minute delay at the border could play havoc with the schedule of his tanker and compliance with working-time directives.

"If I can't cross the border it means no work for me. It's difficult to plan anything because we don't know what's going to happen."

"You would like to think common sense will prevail. To look across the water and to see a car crash coming down the step is madness." 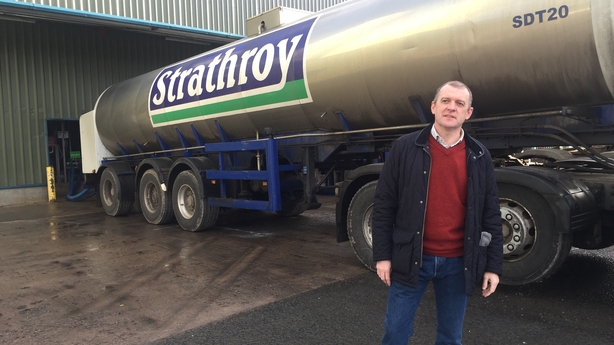 If Ruairi Cunningham seems relaxed about Brexit it might reflect the longevity of his family's involvement in milk processing. The Cunningham family have been producing in Omagh since 1850.

The move to source milk from southern farms is a model which, Ruairi says, helps Strathroy Dairies hedge against currency movements.

Southern producers provide 100 million litres of milk a year to Strathroy. There are 180 farmers from Wexford, Wicklow, Carlow and Donegal sending their milk over the border into Co Tyrone.

"It has worked for us. We are delighted to have them."

But, the biggest hedge of all could be yet to come. In anticipation of Brexit the company has explored the possibility of opening a second, multi-million euro plant south of the border.

Ruairi calls it the "nuclear option".

"We would only have the same amount of businesses, but we would have double the cost. It's not something we want to look at, but if it comes to it, yes we'll do it.

"We are here too long, we have too many people employed and too many suppliers we don't want to let down."

It may not come to that. In the event of a no-deal Brexit, the Cunninghams believe the EU could be open to agreeing tariffs on their milk that would only apply to the value added - a much smaller percentage. That, Ruairi says, would be manageable.

"The feedback we are getting is positive at government level. We feel there is a way around even the nightmare scenario for Brexit."

For now, it's a waiting game and Ruairi is no closer to an answer to Audrey Carville's question than Minister Creed - what will happen to the border-crossing milk tanker on 30 March?

"We don't know, but you would like to think common sense will prevail. To look across the water and to see a car crash coming down the step is madness." 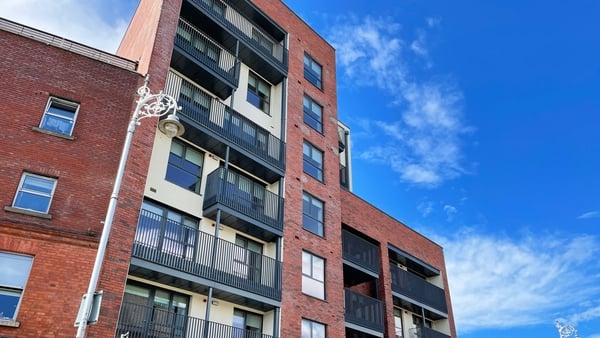 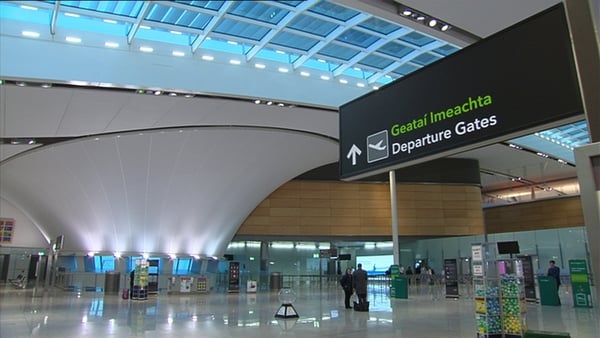 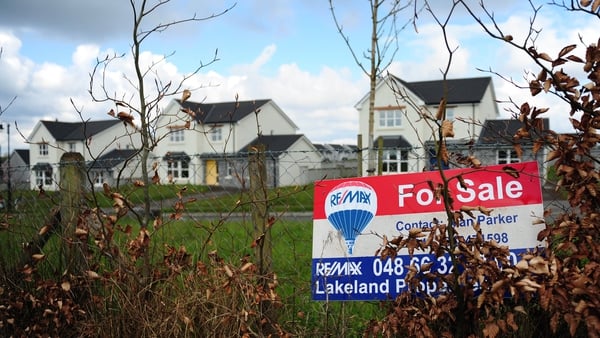 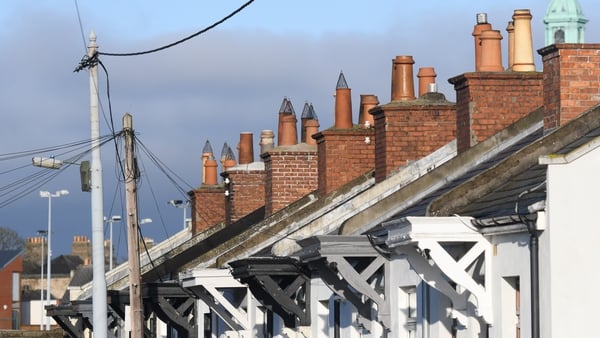