The territory of Northern Ireland may be considered part of European Union customs territory post-Brexit, according to a draft legal text to be adopted by the European Commission tomorrow, RTÉ News understands.

The carefully worded text will allude to a single regulatory space on the island of Ireland with no internal barriers.

This scenario would reflect the so-called "default" or "backstop" option contained in the December agreement between the EU and the UK on how to avoid a hard border on the island of Ireland.

According to a well-placed EU source, the draft text will allude to a single regulatory space with no internal frontiers, in order to give effect to the regulatory alignment backstop.

The draft text will also state that, under the backstop option, joint EU-UK customs teams will be required to apply checks on goods coming from the UK into the new regulatory space, but will not specify where those checks will take place. 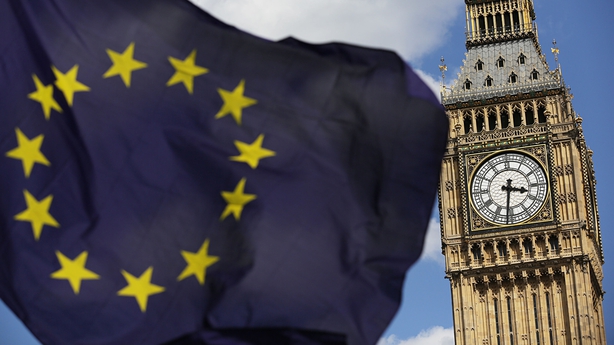 The text will also say that the options preferred by the UK to avoid a hard border are also available, and that if agreement is reached on those options, then the above scenario would not apply.

Those options include avoiding a hard border through a future EU-UK free trade agreement, or through specific proposals made by the UK government.

The Irish Government has said it would prefer a hard border to be avoided via those options, but that in the meantime the third option - maintaining full alignment of the rules of the single market and customs union north and south - needs to be reflected in unambiguous legal language.

By contrast, Options A and B will not be reflected in binding legal language, largely because the UK has not fully spelled out how they would work, and because they relate to the future trade agreement rather than the withdrawal treaty.

The European Commission has in the past expressed scepticism that the UK’s preferred options - known as Option A and B - will work given the potential that they would undermine the integrity of the EU single market and customs union.

It is understood that the draft will not spell out that Northern Ireland remains in the EU single market. However, that will be implied by a series of annexes which will say that individual pieces of EU single market legislation "will be applicable".

However, the text will have considerable detail on how the movement of goods north and south will be facilitate without any border checks.

Three separate well-placed sources have confirmed the general content of the draft to RTÉ News.

The far-reaching text is designed to give legal effect to December’s political agreement between the EU and UK on how to avoid a hard border in Ireland.

That political agreement provides for a "backstop" option in which the UK would agree to "maintain full alignment with those rules of the internal market and customs union which, now or in the future, support North-South cooperation, the all-island economy and the protection of the 1998 [Good Friday] agreement". 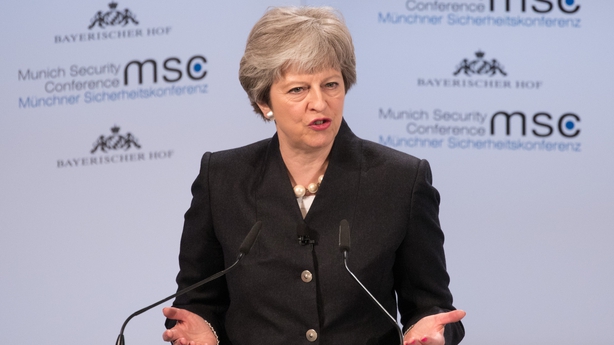 The backstop is contained in Paragraph 49 of the so-called Joint Report, which was signed off on by the British Prime Minister Theresa May and the European Commission President Jean-Claude Juncker on 8 December.

The draft document, however, is a "base" text which will be the subject of further negotiation between the British government and the EU Task Force, led by Michel Barnier.

The British government, and the DUP, are expected to fiercely resist any suggestion that Northern Ireland will be treated differently from other parts of the United Kingdom.

The text is essentially the outline of the overall Withdrawal Agreement under the Article 50 process.

According to the timetable, the Withdrawal Agreement should be concluded by October this year, so that it can be ratified by national governments and the European Parliament ahead of the formal exit date of 29 March, 2019.

As such, the draft, which is expected to be adopted by the College of EU Commissioners at their weekly meeting tomorrow, covers a range of so-called divorce issues as well as the Irish border question.

These include the financial settlement, EU citizens’ rights, the governance of the Treaty and a transition period.

The Irish border issue will be contained in a legally-binding protocol. There will also be numerous annexes governing the application of EU single market and customs rules on a range of areas.

Paragraph 50 of December's Joint Report states that there will be no barriers against trade between Northern Ireland and the rest of the UK.

However, both the European Commission and the Irish Government regard this as an "internal" UK commitment, and not a requirement of the EU.

For that reason, Paragraph 50 will not be reflected in the draft text.