The burials of almost 60 additional children from the controversial Bethany mother and baby home have been discovered at Dublin's Mount Jerome cemetery.

The Bethany Survivors' Group says the discovery highlights the need for the Government to act now on the Mother and Baby Homes Commission's finding that surviving former residents have a "strong case" for redress.

More than 60 further child burials involving five other Protestant institutions have also been revealed by the latest research.

Last week, a common mission brought two Irishmen from England to Dublin to meet face-to-face for the first time. 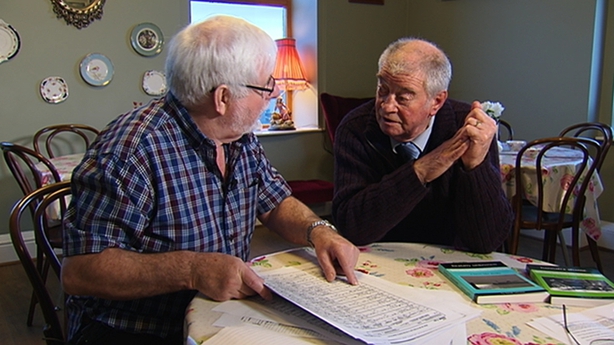 Both have lived in Protestant-run children's homes in the southern suburbs of the city.

Derek Leinster, 77, is a veteran campaigner for survivors of the notorious Bethany Home, which effectively closed in Rathgar in the 1960s.

A novice to the campaign, John Thompson, 70, lived from infancy until the age of nine in Miss Carr's Home on Northbrook Road in Ranelagh.

He was helped there by his two older sisters and his mother, who worked there as a cook for two years while her husband was struggling with the tuberculosis.

It was while searching for contacts with his peers in Miss Carr’s, that John came across Derek Leinster’s two self-published autobiographical books, Hannah’s Shame and Destiny Unknown.

From his home in Wigan near Manchester, he telephoned Mr Leinster at his home in Rugby in Warwickshire offering his assistance with the Bethany survivor’s campaign.

For 20 years, it has sought recognition for the children and infants of the Rathgar home, which was run by a committee of prominent Protestant clergy and laypeople.

Already, in May 2010, with the help of the authorities in Mount Jerome Cemetery, the campaign had uncovered an initial 40 unmarked graves dating from the late 1930s.

Griffith College Dublin academic Niall Meehan then researched cemetery records from 1920 until the 1960s and uncovered a further 179 deaths.

He published an analysis of the findings in the journal ‘History Ireland’ in September 2010.

It was a withering account of the failure of the State to exercise its powers of inspection to rescue children from Bethany who were known to be dying of malnutrition and TB particularly in the 1930s and 1940s.

In 2014, a monument was unveiled by the campaign bearing the names of those interred in the cemetery's paupers' graves.

But while Dr Meehan had focused on the cemetery records, John pursued new avenues, primarily the government's online register of deaths and the online archive of Nichols Undertakers, a company which has been operating in Dublin for over 200 years. 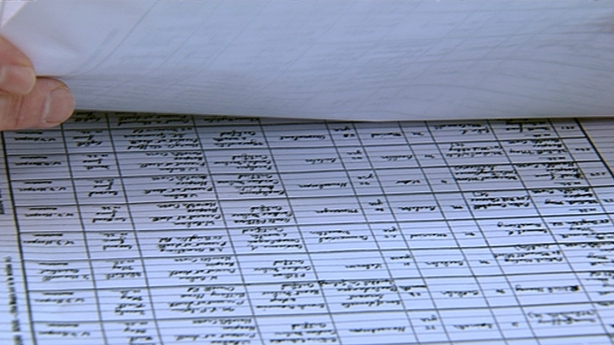 A key online tool which he continues to use is the archive of the Church of Jesus Christ of Latter-Day Saints – better known as the Mormons. There he ferrets out the names of deceased children which the Church collects for rebaptism as part of its ongoing mission.

There he discovered the names of residents of Dublin's Protestant children's homes who died in the early and middle years of the twentieth century.

Luckily for him, the Mormons had already copied many of them from the Irish Register of Births Marriages and Deaths.

According to CNN's Religion Editor, Dan Gilgoff, baptising the dead solves a major theological problem for Mormons, namely providing billions of people who never had the opportunity to accept Jesus Christ, in the manner their Church considers satisfactory, the requisite route to salvation.

By posthumous proxy baptism, he says, Mormons believe they are giving every person who ever lived the chance at everlasting life.

In 2012, Richard Bushman, a Mormon scholar at Columbia University told Gilgoff: "Mormons believe that there is a place the dead go where they are in 'spirit prison' and where they have the chance to accept the Christian baptism," he said.

"But it's a duty to actually perform Christian ordinance of baptism, so Mormons seek out every last person who ever lived and baptise them."

So, sitting at his computer in Wigan, Mr Thompson, a retired electrician, perused online the Mormon's lists, official Irish records, and undertaker's ledgers.

He then re-checked his findings with the management of Mount Jerome cemetery and drew up spreadsheets listing 124 previously unknown child burials.

It's a work in progress that promises to produce a longer list for inscription on the 2014 Bethany Memorial.

The Irish authorities have undertaken to fund Derek Leinster's proposal to etch the names of Bethany babies and children on the horizontal slab of the fine limestone structure. So far, he has 58 children with documented links to the Bethany Home. 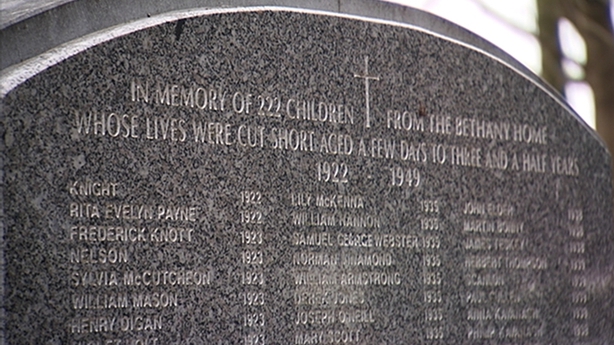 But to date, State funding has not been forthcoming for Mr Leinster's next project: the inscription of the names of children from at least five further Protestant-run homes which operated in Dublin, 66 of which his collaborator, Thompson has turned up.

The institutions are The Irish Church Mission, Bethany's parent body; Saint John's, a charity which buried mostly infants who had been nursed out, a practice which earned the nurse a state payment; The Protestant Magdalene Home in Leeson Street in Dublin's fashionable Georgian sector; Miss Carr's Home in Northbrook Road and Smyly's Home on Grattan Street.

They told RTÉ News they sympathised with the Bethany Survivors' Group's plan for the monument.

Both spokespeople emphasised that, unlike today, their predecessors depended solely on charitable donations and therefore, could not afford to buy individual graves for their charges.

"They gave themselves good burials," Derek Leinster retorts, referring to the boards of governors of the mid-twentieth century charities.

On a windy but unseasonably dry late January morning, on the windswept and more weed-strewn middle section of the cemetery where most paupers' graves are located, my colleagues from RTÉ News, Pádraig Treacy and Sharon Kelly joined me to record the two men discussing the fruits of their labours and the next stages in their campaign. 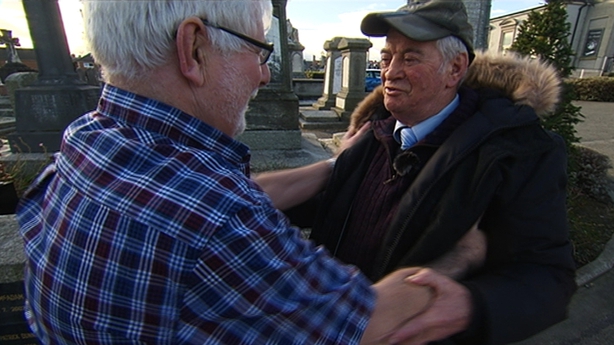 The sculptor has been engaged and John had brought a measuring tape to provide the craftsmen with relevant dimensions.

Derek says the date for the unveiling of the supplementary list of names has been set for early summer.

The race is now on to assemble as many authenticated names as possible.

In Wigan, John will cross-check them with Alan Massey the cemetery manager.

The aim is to adorn the bright limestone slabs with the most tender of tributes.

The babies' names, once etched on the hearts of their mothers, of the fathers who maintained an interest, and the relatives and friends who did.

If past ceremonies here are anything to go by, the odd ageing survivor like Derek Leinster, and a scattering of the babies’ kinsfolk will come, many with flowers, toys and tears to hear a Church of Ireland clergyman pray and ask God’s forgiveness for the shortcomings of his brethren in the years between 1920 and 1960.

Meanwhile, "tender" is not the adjective used by Derek Leinster to describe the actions of successive Irish governments and the Protestant churches to date.

Successive Irish governments come in for stinging criticism for continuing to exclude survivors of the Bethany Home from the redress scheme establishes in 2002 to address abuse suffered by children in state-inspected residential institutions.

Last year, the Bethany survivors' campaign for an apology and redress received its strongest boost to date when an official, judge-led inquiry endorsed their cause.

In its Second Interim Report, the Commission of Investigation into Mother and Baby Homes urged the government to reconsider what it called the survivors' "strong case" for redress.

Minister for Children Katherine Zappone had delayed publishing the report for six months in order to allow various departments of state to consider its implications. 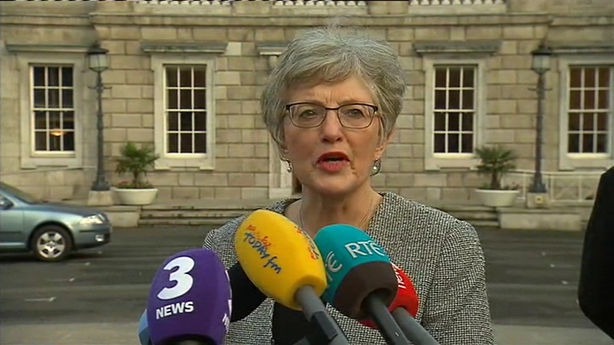 The government responded that it could not decide on the question of redress until the commission completes its report and apportions responsibility for any child abuse it may unearth is over 20 similar, mostly Catholic institutions.

The commission which is examining Bethany, Tuam and over a dozen other homes and which was due to report next month, has now got an extension of one year to cope with the task of assessing the records of some 70,000 mothers and an even higher number of children.

Derek Leinster accuses the Children's Minister, of burying the commission's interim report. And he says her colleague in education - the department responsible for the 2002 Redress Scheme – of "blandly" informing survivors by way of an answer to a Parliamentary Question from Sinn Féin that they would have to wait for truth, justice and redress until after the commission's final report in 2019.

Mr Leinster said: "For our elderly survivor community, he pronounced a death sentence on justice and truth for many of us."