Hauliers holding a protest have been escorted out of Dublin Port after a lengthy negotiation with gardaí.

Gardaí have said traffic is now back to normal on all routes around the port.

The south bore of the Dublin Port Tunnel was closed earlier due to the congestion.

The group, calling themselves the Irish Truckers and Haulage Association against Fuel Prices, said they are concerned about rising fuel prices, the cost of insurance and a shortage of drivers.

They are calling on the Government to do more to address the rising costs.

Gardaí had appealed to the drivers to stand down their protest before rush-hour traffic this evening.

Earlier, they had warned that any vehicle dangerously parked or abandoned would be seized and impounded.

Gardaí said an estimated 30 to 40 vehicles are taking part and that all main routes into Dublin city centre were being policed.

However, gardaí prevented large convoys from gathering and the protest is not as large as had been expected.

It is the truck drivers' second protest in the city in a month.

In late November, a group of Irish truckers and hauliers caused significant disruption into and around Dublin city as part of a protest calling for lower fuel costs at the pump and at home.

Both protests were organised by the Irish Truckers and Haulage Association against Fuel Prices group.

In a Facebook post on the group's page, demonstrators were told "when you stop don't move for the day".

"Make sure to give way to emergency vehicles and keep it safe," the post added.

Drivers who participated in the protest also expressed concern over fuel rebate levels, driver shortages, taxes and other operational costs.

Superintendent Gary McPolin, head of operations in the roads policing section for the Dublin region, said that any vehicle or person that prohibits free travel will be penalised.

He said gardaí are mindful of people going about their daily business and that free travel to allow people to attend hospitals and vaccine appointments must be protected.

Mr McPolin added that if hauliers block Dublin Port, retailers, who have already suffered losses this year, will be affected.

Truckers here at Dublin Port say they cannot continue in their jobs if the cost of fuel, insurance and maintenance continue to rise @rtenews pic.twitter.com/CJQ9Yqt5z6

Retail Excellence said that the protest would represent a "body-blow" to retailers in Dublin city at a crucial time of the year for sales.

It said retailers take in approximately €200m every day at this time of year, and they are not pleased that one group would restrict access to the capital, and imperil livelihoods at a time when every trading day counts.

Minister for Transport Eamon Ryan said the Government will look to see if they can introduce measures that will help hauliers in the short term, but in the medium and longer term that will result in a cleaner, more efficient and much more cost-effective path for the truck operators.

Speaking on RTÉ's News at One, Minister Ryan said "environmental rigour and efficiency and therefore lower costs go together and that is what we are looking to see if we can try to achieve".

Over the coming weeks, he said, they would see if they could find ways to help the industry through this difficult time, as a result of rising fuel prices caused by international factors.

Whatever action the Government takes it will also have to help meet their climate targets including air quality and greenhouse gas emissions reduction targets, he added. 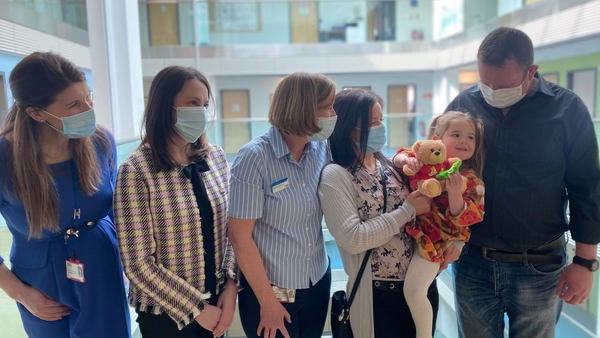 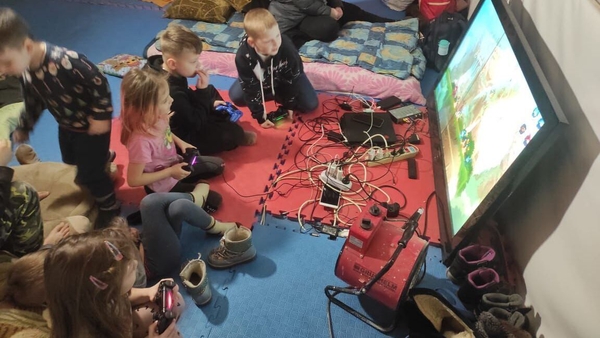