The Taoiseach has told the United Nations General Assembly that the climate crisis threatens our very existence on the planet.

Delivering Ireland's National Statement to the UN, Micheál Martin said that a series of alarms had been sounded for conflict, Covid and climate - "now we must respond".

He added: "The United Nations is a symbol of hope for billions of people around the world.

"The people of the world now look to us, to this General Assembly Hall, to act and to lead. We cannot let them down."

In his address to the United Nations, the Taoiseach says that a series of alarms have been sounded for conflict: Covid-19 and climate. "We have heard the alarms, now we must respond," he says. | Read more: https://t.co/ouKfBPcpd6 pic.twitter.com/Fs2KGD4gNx

Micheál Martin said the pandemic had "caught the world off-guard" and "put into stark relief the simple, and regrettable, fact that we have not made sufficient progress in reducing poverty, increasing access to quality health care and education nor, in combating the climate crisis".

He called on countries to muster the courage to take ambitious action to save the planet.

"For our part, Ireland will reduce our emissions by 51% by 2030 compared to 2018 levels. Along with our partners in the European Union, we will achieve net neutrality by 2050," Mr Martin said.

The Taoiseach raised the issues of Covid-19 vaccine inequity describing it as a moral test for our global community and urged member states to continue supporting the COVAX mechanism that delivers vaccines to low-income countries.

Referring to Ireland's membership of the UN Security Council, Mr Martin said it was a responsibility that it did not take lightly.

"Our own experience of conflict on the island of Ireland has taught us that building peace is painstaking, long and often frustrating.

"We expected that our time on the council would reflect that complexity; would require stamina, ingenuity, compromise and determination. And so it has proved," he said.

The Taoiseach highlighted Ireland's work on the council on issues such as nuclear disarmament, the Iran Nuclear Deal, the ongoing conflict in Ethiopia, securing access to humanitarian aid in Syria and protecting the rights of women and girls in Afghanistan.

On the issue of Afghanistan, Taoiseach Micheál Martin tells the UN General Assembly: "We can and must agree that the rights of Afghan women and girls be a non-negotiable principle" | Read more: https://t.co/ouKfBPcpd6 pic.twitter.com/cyGxfeeJLm

On Thursday, the Taoiseach chaired a debate of the UN Security Council on the issue of climate and security.

While in New York this week, Mr Martin also took part in a number of cultural and business events.

Yesterday, he met with TV and film executives during a visit to the headquarters of NBC Universal to discuss current and future filming projects in Ireland.

While in New York this week, Mr Martin is also taking part in a number of cultural and business events.

He has also met with Irish community groups and praised their response to the Covid-19 pandemic.

A range of organisations attended the event from sectors including immigration, culture, business, education and the GAA.

During the meeting, Mr Martin praised the groups for their response to the Covid-19 crisis. 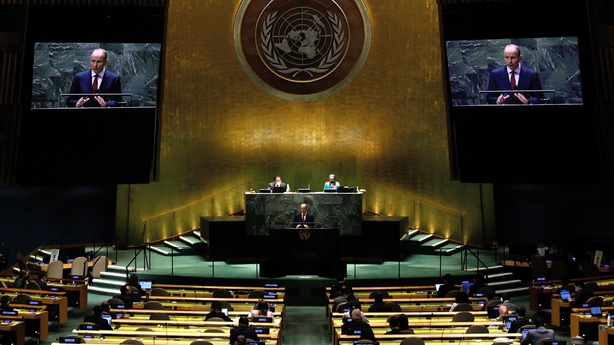 The project was supported by the Irish Government and the main beneficiaries were undocumented Irish people working in the hospitality and construction sectors who were unable to claim state or federal supports.

The Irish community also came together to provide hot meals and personal protective equipment for first responders, one of the largest such initiatives was the Irish American Meitheal in Support of Healthcare.

Addressing the meeting, the Taoiseach said the last 18 months had been challenging.

"I acknowledge the work that Sláinte 2020, and all of you did, to come together and respond to the impact of the pandemic on our community here in New York which was greatly appreciated," Mr Martin said. 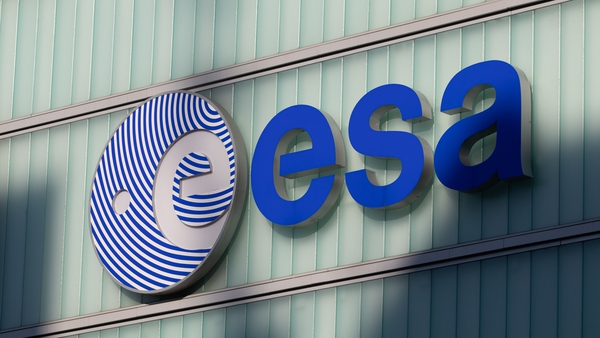 Six prosecutions by Pensions Authority in 2021