Spanish police have seized almost a €250m worth of cannabis resin on foot of information from the Irish authorities.

Over 20 tonnes of the drug were found when a large shipping vessel from Morocco was boarded approximately 90 nautical miles off the coast of the Canary Islands.

The Maritime Analysis Operations Centre, the international agency that co-ordinates European anti-drug trafficking operations, said today it is the largest seizure of cannabis resin in Europe in years.

Head of MAOC Michael O’Sullivan said the seizure was the result of Irish intelligence from the combined agencies of the Naval Service, Customs and Revenue and An Garda Síochána who alerted MAOC and prompted an investigation, which led to the interception.

The seizure was made last Tuesday and the Spanish authorities have spent the last three days determining the size of the haul.

At least two men have been arrested. 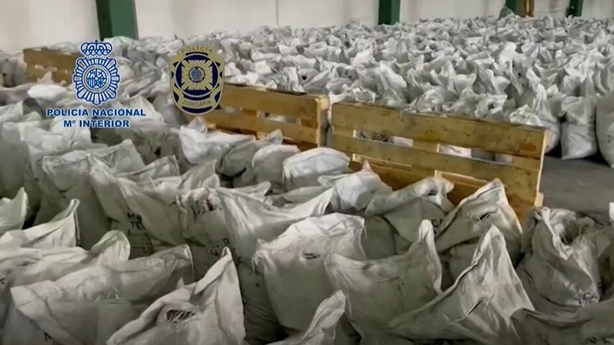