Several countries said they would resume AstraZeneca vaccinations after Europe's medical regulator said the jab is "safe and effective" and not associated with a higher blood clot risk after days of commotion around the shot.

The closely-watched announcement from the European Medicines Agency (EMA) came after the World Health Organization and Britain's health watchdog both said the vaccine was safe, adding that it was far riskier to not get the shot as several countries face a worrying rise in coronavirus cases.

France and Germany said they would resume AstraZeneca vaccinations, along with Italy, Spain, Slovenia and Bulgaria, after the EMA announcement.

"The committee has come to a clear scientific conclusion: this is a safe and effective vaccine," EMA chief Emer Cooke said after a probe by the body's safety committee.

"The committee also concluded that the vaccine is not associated with an increase in the overall risk of thromboembolic events or blood clots," she added.

However, the agency "cannot rule out definitively" a link to a rare clotting disorder.

The vaccine had been suspended by 13 member states, including Ireland, due to concerns about a possible link to blood clots in a small number of recipients after a number of deaths related to clotting.

The regulator and the WHO have already said the benefits of receiving the vaccine outweigh any potential risk.

The EMA stepped in after 30 cases of unusual blood disorders were reported, out of a population of five million people who had received the vaccine.

In particular, the agency is investigating any potential link between the vaccine and cerebral venous thrombosis, or CVT.

Ms Cooke said it could not definitively rule out a link to blood clot incidents and the vaccine in its investigation into the cases of a rare blood clotting condition.

She added that it would continue to study possible links between rare blood clot events and the vaccine and said it remained important to keep track of all possible side effects.

Ms Cooke said the EMA would update its guidance to include an explanation about the potential risks for doctors and the public, she said.

However, the Norwegian Medicines Agency said it is not going to use AstraZenca until it gets more information about the vaccine.

Speaking on RTÉ's Prime Time, the director of the agency, Dr Steinar Madsen, said it will carry out more research because he said Norway has been the hardest hit by what he described as "severe reactions".

He said the concerns centred around the fact that those affected were young people and that experts say they have not seen anything like this before.

Dr Madsen said it was a problem that they had six cases is people under the age of 55 out of just 120,000 who were given the AstraZeneca vaccine

He said Norway was in a "special situation" and has to take a "longer pause" to look into the problem but he said they are aware the vaccine is the only way out of the pandemic.

The EMA said no quality or batch issue had been found with the vaccine.

More than 45 million of the shots have been administered across the EEA.

"These are rare cases – around 20 million people in the UK and EEA had received the vaccine as of March 16 and EMA had reviewed only 7 cases of blood clots in multiple blood vessels (disseminated intravascular coagulation, DIC) and 18 cases of CVST.

"A causal link with the vaccine is not proven, but is possible and deserves further analysis."

The drugs regulator said it was premature to say that any group was more at risk of blood clot events for the vaccine.

In Germany, seven people aged 20 to 50 were diagnosed with CVT within 16 days of receiving the jab.

However, the EMA has already said this incidence would be the same in the general population even with no vaccination programme. In other words, there may be no causal link. 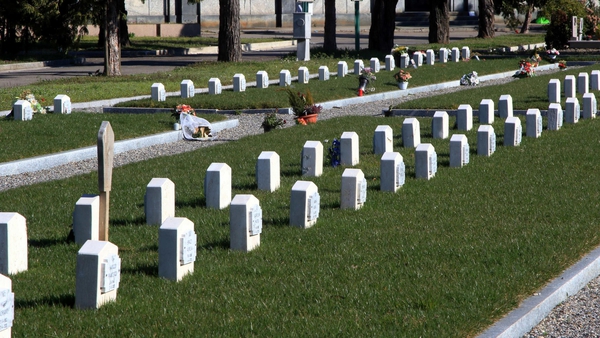