The Cabinet Covid-19 sub-committee has agreed to introduce graduated fines for non-compliance with coronavirus-related rules.

Laws will now be drafted by the ministers for health and justice. It is understood the scale of the fines has not yet been decided.

The fines system could take some time to introduce as it would likely require the passing of legislation in the Dáil.

A suggestion earlier today that schools may be closed for an extra week at mid-term was not discussed.

The meeting of the Cabinet sub-committee on Covid-19 had considered whether fines should be introduced to enforce pandemic related regulations.

The leaders of the three Government parties and a number of ministers also discussed the latest advice from the National Public Health Emergency Team.

NPHET wrote to the Government last night to say it remained deeply concerned about the rising number of Covid-19 cases.

But the group did not recommend further restrictions at this time.

There are currently penalties of up to €2,500 for breaching pandemic related rules, such as organising a gathering or not wearing a face covering on public transport.

But some ministers believe a more proportionate and enforceable rate of penalties are needed.

It has been suggested that such fines could amount to €200 for travelling outside your county for non-essential reasons, or €50 for not wearing a face covering.

However, there are some concerns around how this would be policed and what can be done when people refuse to pay a fine.

Speaking on RTÉ's Morning Ireland, Dr Henry said there is funding for ICU beds but it is a system that needs trained experts.

He said 256 is the baseline when it comes to beds.

Today, the Department of Health has been notified of five deaths and 617 new Covid-19 cases.

Dr Holohan said the profile of the disease continues to deteriorate.

It comes as there has been an increase in the number of people being treated in hospitals for Covid-19.

Dr Holohan said there have been an additional 32 hospitalisations and eight ICU admissions in the past 24 hours.

Yesterday, Minister for Health Stephen Donnelly told the Dáil the R number for the country is 1.2. He said while the cases are rising, the R number has come down.

There has been a further increase in the number of people in hospital with Covid-19.

The latest figures show there are 187 patients being treated tonight.

It compares to 171 at the same time last night and 179 patients this morning.

And it represents the highest number since 2 June.

The figure stood at 102 on this night two weeks ago and at 53 this time last month.

The number of patients being treated for Covid-19 in intensive care units has also increased to 31.

It compares to a figure of 27 last night and 25 this morning.

It represents the highest number since 9 June.

The HSE figures also show that as of 8pm tonight, there were 110 suspected cases of the virus in hospitals.

There were also 5 suspected cases in ICU.

At that time, there were 280 adult critical care beds opened and staffed around the country.

Thirty-four beds, around 12% of the available ICU capacity, were unoccupied with the vast majority of patients in ICU non-Covid cases.

Meanwhile, chair of the Special Committee on Covid-19 Michael McNamara has said questions remain unanswered on whether "adequate steps were taken" to protect residents of nursing homes and long-term care facilities during the Covid-19 pandemic.

Speaking on RTÉ's Today with Claire Byrne, Mr McNamara said a public inquiry is required "urgently" into what happened at nursing homes during the early stages of the Covid-19 response.

He called for further explanation on the "large number of patients" who were discharged from acute hospitals into nursing homes at the beginning of March, and whether there were "adequate safeguards put in place" at this time.

Mr McNamara said he wants further detail on "a recommendation made by the National Public Health Emergency Team on 10 March to countermand restrictions that were put in place by private nursing homes on visitors, saying that it was premature and unnecessary and whether that contributed to the spread in nursing homes."

He also said he wants to know why "very few, if any, residents were transferred to acute hospitals after they contracted Covid-19". 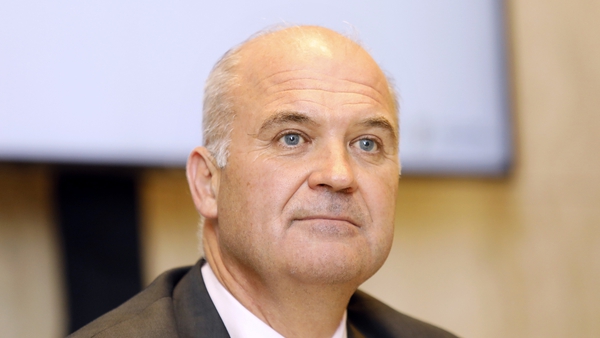