The Department of Health in Northern Ireland has announced a record number of confirmed cases of Covid-19.

There are an additional 273 cases reported in the past 24-hours, taking the total number of cases to 10,223.

No further deaths have been reported, so the official death toll remains at 577.

There are 46 coronavirus patients in hospital, with five in ICU.

The new cases were detected from 7,410 tests, representing a 3.7% positivity rate. The latest cases are part of a 1,236 increase in the last seven days.

Testing has been significantly stepped up in the last two months. However, in early July when there were three to four new cases a day, less than 0.5% of tests were positive.

The development comes as the 14-day incidence rate for Covid-19 in Co Donegal has overtaken the rate in Dublin and is now at 148.2 cases per 100,000 people.

Last night, the Government announced that Donegal was moving to Level 3 of the Living with Covid framework, with additional restrictions to come into effect from midnight tonight.

In the Stranorlar/Lifford electoral area of Co Donegal the incidence rate of 336 cases per 100,000 of the population remains the highest in the country.

22 of the 326 new cases of Covid-19 notified to the Department of Health today are in Donegal.

Derry and Strabane have the highest rates of the virus in Northern Ireland.

Meanwhile, according to the latest figures from the European Centre for Disease Control, Ireland now has a 14-day incidence of 74.1 cases for every 100,000 people.

Latvia has the lowest rate at 7.6.

It comes as the Taoiseach has said the National Public Health Emergency Team may advise Government on localised restrictions in cities such as Cork, Waterford, Limerick and Galway, where the number of coronavirus cases continues to rise.

Speaking this afternoon in Cork, Micheál Martin said NPHET is "very concerned" about the spread of the virus in these cities.

He said he had been told by the Acting Chief Medical Officer Dr Ronan Glynn that the number of cases in Cork was "rising in a straight line".

He said he was flagging with people now that these cities are danger areas, and steps need to be taken to control the spread of the virus there.

Mr Martin said curbing the spread of the virus remained in people's own hands.

In relation to the situation in Co Donegal, Mr Martin said he had spoken over the past 24 hours to both the First and Deputy First Ministers in the North, urging them to harmonise public health measures on both side of the border as much as possible.

Donegal is the second county in the country to be put at Level 3 restrictions under the Government's Living with Covid-19 Plan, which was published last week.

Last week, Dublin was put on Level 3 restrictions for a three-week period.

The restrictions in Donegal will differ from Dublin in one area.

There will be a grace period for weddings in Donegal and they can go ahead as planned this weekend but from Monday the numbers in attendance will be limited to 25.

A Fine Gael TD for Limerick has said he has been in touch with the Taoiseach's office and with Minister for Health Stephan Donnelly to correct what he says are the inconsistencies about the Covid-19 incidence figures in Limerick, and in particular in Limerick city.

Kieran O'Donnell said all the indications are that the Covid figures in Limerick over the past 2 weeks are going down.

He said the most up to date data from the Health Protection Surveillance Centre shows the figures over the past 14 days shows that the rate in Limerick per 100,000 has dropped from 69.3, at one stage second only to Dublin, to 35.9.

Mr O'Donnell said Limerick city in particular has been name-checked as an area that may face further restrictions.

He said the Taoiseach said today that Limerick, along with Waterford, Cork, and Galway urban areas in particular are areas of concern as figures are rising in these areas.

Mr O'Donnell said "the figures in Limerick are on the decline, and I have this evening asked the Taoiseach office to address this inconsistency. The rate of Covid infection in Limerick, but particularly in Limerick city areas, is coming down.

"Active infection testing, contact tracing, along with a behaviour change by people in the city after a warning from Dr Ronan Glynn about rising cases, I believe has resulted in citizens of Limerick getting the virus spread under control, and these figures need to be acknowledged by the Taoiseachs office." 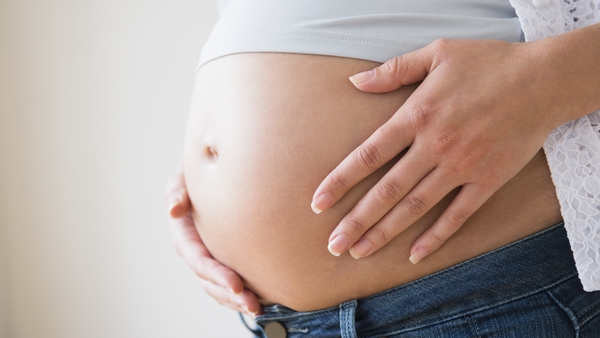