Born in Co Derry in January 1937, he was regarded as one of the most important figures in recent Irish political history and a key architect of the peace process.

The SDLP released a statement on behalf of the Hume family, stating: "We are deeply saddened to announce that John passed away peacefully in the early hours of the morning after a short illness.

"We would like to extend our deepest and heartfelt thanks to the care and nursing staff of Owen Mor nursing home in Derry. The care they have shown John in the last months of his life has been exceptional.

"As a family, we are unfailingly inspired by the professionalism, compassion, and love they have shown to John and all those under their care. We can never adequately show them our thanks for looking after John at a time when we could not. The family drew great comfort in being with John again in the last days of his life."

In 1998, Mr Hume and then UUP leader David Trimble were awarded the Nobel Peace Prize for their efforts to end violence in Northern Ireland.

"I was leader of a great team of people, all of whom have spilled their sweat not their blood, to bring about stability on our streets". Former SDLP leader and Nobel laureate John Hume has died | More: https://t.co/zyXNZsNVmW pic.twitter.com/pRlgrEnZQW

Mr Hume worked tirelessly to bring an end to the violence in Northern Ireland, reaching out both to paramilitaries and politicians, including those in the United States - the first politician to do so.

In 1994, he took part in a historic meeting at Government Buildings involving then taoiseach Albert Reynolds and Sinn Féin leader Gerry Adams.

Following the meeting the three men issued a joint statement in which they said they were totally and absolutely committed to a democratic and peaceful method of resolving the Northern Ireland conflict.

After the 1994 meeting, Mr Hume continued to meet Mr Adams.

Those talks, chaired by US Senator George Mitchell, ultimately led to the signing of the Good Friday Agreement on 10 April 1998.

Mr Hume played a key role in the negotiations that, following referendums north and south of the border, led to the establishment of powersharing at Stormont.

Read more:
John Hume: Blessed with all the gifts
In pictures: John Hume, a life in politics
From the archives: A profile of John Hume
Tributes paid to 'great hero and true peacemaker'

As a boy, Mr Hume attended Saint Columb's College in Derry before entering the seminary in Maynooth, Co Kildare, where he decided that the priesthood was not for him.

He left with a BA and MA and returned to Derry to become a teacher, and married Patricia in 1960. 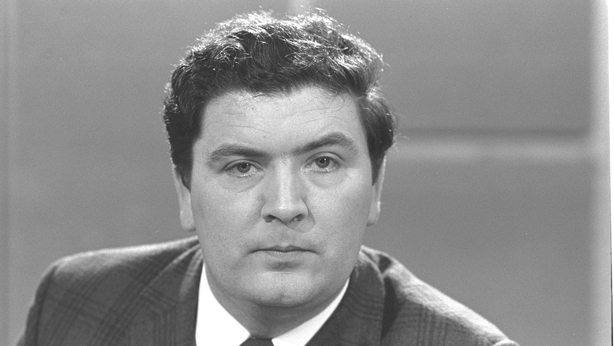 He founded Derry's Credit Union and went on to become national president of the Irish Credit Union movement aged 26.

Mr Hume emerged as a leader of the civil rights movement in his native city in the late 1960s.

He served as vice-chairman of the Derry Citizens' Action Committee and was elected to Stormont in 1969 as an Independent Nationalist MP for the Foyle constituency.

Mr Hume was one of a number of Stormont MPs who founded the Social Democratic and Labour Party in 1970.

From the mid-90s, Mr Hume publicly recognised the mental toll which the pressures of political life had on him.

Following his retirement from politics, Mr Hume and his wife split their time between Derry and their holiday home in Co Donegal.

Mr Hume was rarely seen in public in recent years.

In a 2015 interview with RTÉ, Pat Hume spoke publicly for the first time about her husband's ongoing struggle with dementia.

She said he was experiencing "severe memory difficulties", and first became ill in the late 1990s when he was speaking at a conference in Austria.

It is believed Mr Hume suffered some brain damage as a consequence of the illness. This brain damage gradually got worse in the intervening years.

John Hume is the only person to have been awarded the Gandhi Peace Prize and the Martin Luther King Award, as well as the Nobel Peace Prize.

In 2010, he was voted "Ireland's Greatest" in a public poll by RTÉ, beating other cultural and historical figures such as Bono, Mary Robinson and Michael Collins.

In a documentary released in 2017 on Mr Hume’s cultivation of support for the peace process in the US, former US president Bill Clinton - himself a key player in the Good Friday Agreement negotiations - described him as "the Martin Luther King of the Irish conflict".

A Book of Condolence was opened at the Guildhall in Derry by Mayor Brian Tierney.

Mr Hume's remains will leave Moville, Co Donegal, tomorrow and will be brought to the Cathedral of St Eugene in Derry City.

His funeral mass will take place in the Cathedral at 11.30am on Wednesday and will be broadcast on RTÉ One television and RTÉ News Now. 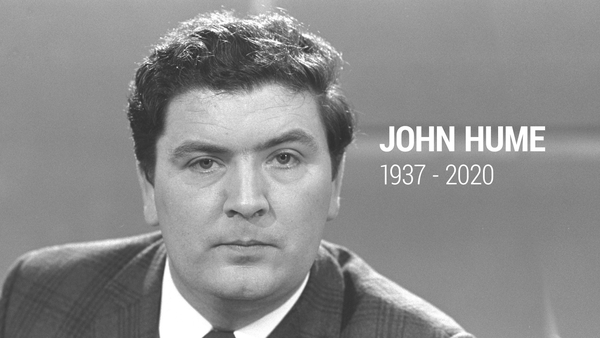