"This is like one of those zombie TV series in my mind," mulled Republican strategist John Weaver.

"Even if we're fortunate enough to dispatch the main zombie this November that will just be the end of season one. We will have all these smaller zombies but equally dangerous roaming the American political landscape that we'll be chasing. Our effort won't stop in November," he added.

John Weaver is one of several prominent Republicans taking a "flamethrower" to their life's work in the GOP via The Lincoln Project, a campaign blitzing the online world with rapid response videos targeting President Donald Trump.

Mr Weaver is probably best known for his work on the late John McCain's presidential campaigns of 2000 and 2008, sketching out his plans for the Republican senator on a napkin more than 20 years ago, which would propel him onto the national and international stage.

He tells RTÉ's States of Mind podcast that he would rather be dragged up the Cliffs of Moher than work to re-elect this Republican president in 2020.

These anti-Trump Republicans have got into the president's head, teasing him with popular but personal ads.

Donald Trump has already lashed out at the project, deeming Mr Weaver a "loser".

"Something is wrong with Donald Trump. He's shaky, weak... trouble speaking, trouble walking. So why aren't we talking about this?" said one of the voices in a recent video.

John Weaver speaks to 'States of Mind' about their tactics and how they have no apologies for fighting fire with fire. 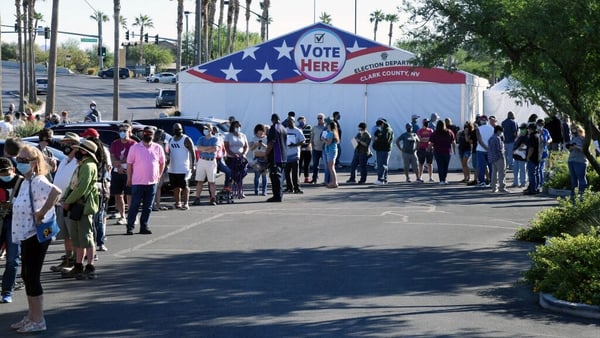