Sinn Féin leader Mary Lou McDonald has said she thinks that "everyone accepts" that Sinn Féin won the election and are now the largest political party.

Ms McDonald was speaking yesterday evening on RTÉ's Six One news as counting was continuing in the final constituencies.

Last night as counting finished, Fianna Fáil edged past Sinn Féin to finish with the most seats on 38, with Sinn Féin second on 37.

Ms McDonald had said Sinn Féin won the biggest number of votes in the election and would have won more seats had it fielded more candidates.

She said she wants her party to be "at the core and preferably leading the next government".

Ms McDonald accepted she would be Taoiseach in that arrangement if the numbers were there and the political will existed.

Read more:
Results as they happen in your constituency
Cullinane will have to explain 'Up the Ra' video - McDonald
Has there really been a swing to the left and what is the 'left'?

Ms McDonald said she wants to start negotiations with the most favourable parties she would like to share government with, and has spoken to the Green Party, Labour, the Social Democrats and Solidarity-People Before Profit and would also speak to Independents.

Regardless, she said, it was about delivering a different, better government and not seeing "the old two" of Fianna Fáil and Fine Gael in government again for five more years. She said that "conversations need to happen right across the political spectrum".

She said it was about solving the housing crisis, the pensions issue and ensuring people have breathing room and experience the economic recovery in their pockets.

Ms McDonald said it was wrong of Fianna Fáil and Fine Gael "to try to exclude us in the course of this election campaign because we represent a huge proportion of the population".

She said that it is wrong to say "you can leave us in the margins". 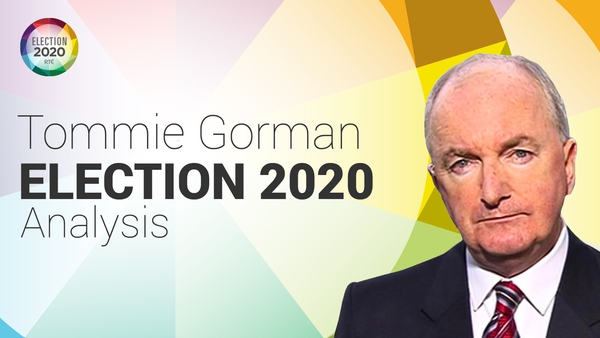