Britain's Prince Andrew is facing fresh scrutiny over allegations he had sex with a trafficked teenager and about his association with convicted sex offender Jeffrey Epstein.

The Duke of York's accuser Virginia Giuffre called on the British public to stand up beside her in her fight as she told BBC Panorama how the duke was "the most hideous dancer I've ever seen in my life" and "his sweat was ... raining basically everywhere".

"I was just like grossed out from it, but I knew I had to keep him happy because that's what Jeffrey and Ghislaine (Maxwell) would have expected from me," she said in her first UK television interview.

Ms Guiffre claims she was trafficked by the since disgraced financier Epstein and forced to have sex with Prince Andrew when she was a teenager, which the duke categorically denies. 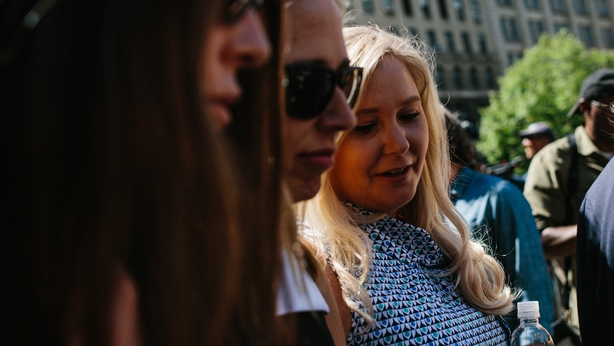 The Panorama investigation broadcast on BBC One disclosed that five women who allege they were victims of paedophile Epstein are calling on Andrew to give a testimony in their civil court case.

They claim the duke saw people being given massages at Epstein's homes.

Queen Elizabeth's second son, who stepped down from public duties just over a week ago, insisted in his disastrous Newsnight interview that he did not witness or suspect any suspicious behaviour during his visits to Epstein's homes in Florida, New York and the Caribbean.

"I implore the people in the UK to stand up beside me."

Virginia Giuffre says she was trafficked as a teenager and asks the British public to not accept this "as being OK."

The Duke of York emphatically denies any form of sexual contact or relationship with Virginia Giuffre. pic.twitter.com/vnOSI9Znu0

Panorama claimed it had also uncovered an email allegedly sent by Andrew in 2015 to Ghislaine Maxwell, who is accused of procuring girls for Epstein.

In it, the duke is reported to have asked for Ms Maxwell's help in dealing with claims by Ms Guiffre, who was previously known as Virginia Roberts.

The duke is said to have written: "Let me know when we can talk. Got some specific questions to ask you about Virginia Roberts."

Ms Maxwell allegedly replies: "Have some info. Call me when you have a moment."

The show also examined the controversial photograph of the duke pictured with his arm around Ms Giuffre's waist at Ms Maxwell's house.

The duke has said he had no memory of the photo being taken and questioned whether it was his own hand in the image.

Ms Giuffre insisted the photo was genuine and she gave the original to the FBI in 2011.

She told Panorama: "I implore the people in the UK to stand up beside me, to help me fight this fight, to not accept this as being OK.

"His sweat was like - it was raining basically everywhere and I was just like grossed out from it."

Virginia Giuffre describes the night she danced with Prince Andrew at a London nightclub.

Ms Giuffre added: "The people on the inside are going to keep coming up with these ridiculous excuses.

"Like his arm was elongated or the photo was doctored, or he came to New York to break up with Jeffrey Epstein. I mean, come on, I'm calling BS on this, because that's what it is.

"He knows what happened. I know what happened and there's only one of us telling the truth, and I know that's me."

Ms Guiffre alleged how she was brought to London by Epstein in 2001, introduced to the duke and taken to Tramp nightclub, and asked by the duke to dance.

She told Panorama reporter Darragh Macintyre: "He is the most hideous dancer I've ever seen in my life.

"It was horrible and this guy was sweating all over me, his sweat was like it was raining basically everywhere, I was just like grossed out from it, but I knew I had to keep him happy because that's what Jeffrey and Ghislaine would have expected from me."

In his recent Newsnight interview, Prince Andrew claimed he had a medical condition in 2001, after suffering an overdose of adrenaline in the Falklands war when he was shot at, which meant he did not sweat.

When they had left the club, Ms Giuffre said the socialite Ms Maxwell, Epstein's then-girlfriend, gave her instructions.

"In the car Ghislaine tells me that I have to do for Andrew what I do for Jeffrey and that just made me sick," she said.

She said that later that evening she had sex with Andrew upstairs at Maxwell's house in Belgravia. 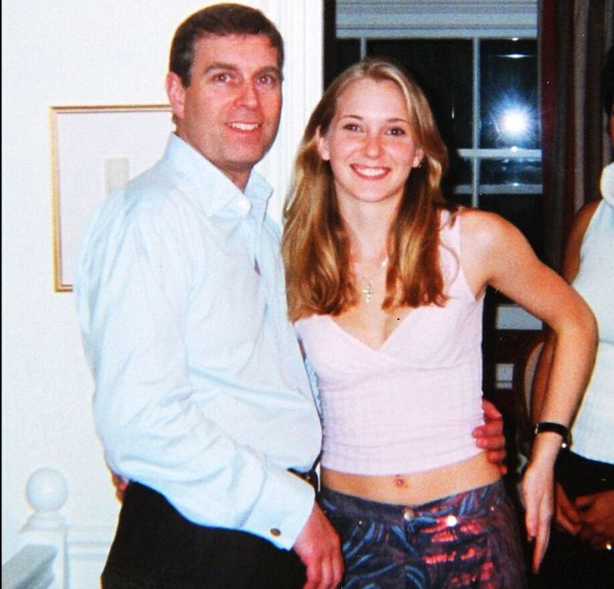 The duke has denied meeting Ms Giuffre, saying: "I can absolutely categorically tell you it never happened. I have no recollection of ever meeting this lady, none whatsoever."

Andrew's attempts to defend himself against Ms Giuffre's previous accusations and explain his friendship with Epstein in a BBC Newsnight interview last month were branded a "car crash" and led to him withdrawing from public duties.

He was widely criticised for failing to show remorse for his association with the disgraced financier or empathy with Epstein's victims during his television appearance.

"I'm calling BS on this, because that’s what it is."

Prince Andrew says he has no recollection of meeting Virginia Giuffre, nor of any photo being taken with her and he emphatically denies he had any form of sexual contact or relationship with her. pic.twitter.com/aqQ76kpPHI

He has resigned from a large number of patronages and seen organisations he was once involved with sever ties.

A Buckingham Palace spokesman said in response to the allegations on Panorama: "It is emphatically denied that The Duke of York had any form of sexual contact or relationship with Virginia Roberts. Any claim to the contrary is false and without foundation."

On the duke's association with Epstein, the palace spokesman added: "The Duke of York unequivocally regrets his ill-judged association with Jeffrey Epstein. Epstein's suicide left many unanswered questions, particularly for his victims.

"The Duke deeply sympathises with those affected who want some form of closure. It is his hope that, in time, they will be able to rebuild their lives.

"The Duke is willing to help any appropriate law enforcement agency with their investigations, if required.

"The Duke has already stated that he did not see, witness or suspect any behaviour of the sort that subsequently led to Jeffrey Epstein's arrest and conviction.

"He deplores the exploitation of any human being and would not condone, participate in, or encourage any such behaviour."

"I don't remember this."

Prince Andrew says he has wracked his brains but cannot recall any incident involving Virginia Roberts.

Ms Giuffre claimed in court papers in Florida that she was forced to have sex with Andrew when she was aged 17, below the state's age of consent.

She alleges the duke slept with her on three separate occasions, twice while she was underage.

During his Newsnight interview, the duke said an alleged encounter with Ms Giuffre in 2001 did not happen as he spent the day with his daughter, Princess Beatrice, taking her to Pizza Express in Woking for a party.

Epstein took his own life in August in a New York prison while he was being held on sex-trafficking charges.