As calls grew for Prince Andrew to show sympathy for the victims of the convicted sex offender he once knew, he remained defiant about his decision to appear on television.

The BBC has reported sources close to the duke as saying he stands by his decision to set the record straight about his relationship with the disgraced financier and counter allegations he slept with one of Epstein's groomed teenagers.

Conflicting reports in the newspapers, also based on sources, claim the duke told the queen his television appearance on BBC's Newsnight programme was a success, while another says he expressed to friends regret at not mentioning sympathy for the women trafficked for sex by Epstein.

The interview has been widely criticised with commentators questioning his responses and condemning his unsympathetic tone and lack of remorse for the friendship with the sex offender.

Ms Maitlis, whose interview with the duke was screened on Saturday, wrote in the Times newspaper about the final stages of securing the royal on the current affairs programme.

She writes: "We have finished laying out our pitch. An awkward moment of silence falls. And the duke tells us he must 'seek approval from higher up'.

"It dawns on us then that he means the Queen herself. At 8am the next day we have a message telling us to call his office. The Queen, it seems, is on board." Lawyers for some of the 16 women who say they were abused by Epstein have called on the duke to make a statement to the FBI, which is still investigating Epstein despite his suicide in jail this summer while facing sex trafficking charges.

The duke was asked in the interview if he would give a statement under oath to investigators, and said: "If push came to shove and the legal advice was to do so, then I would be duty bound to do so."

"I don't remember this."

Prince Andrew says he has wracked his brains but cannot recall any incident involving Virginia Roberts.

Lisa Bloom, who is representing a number of the women, told Sky News: "My clients are very disturbed by all of those who were around Jeffrey Epstein who don't seem to get it, even now.

"Even now that dozens and dozens of women have come forward and told these horrific stories. Here was the chance for Prince Andrew to say 'my heart goes out to the women, I am so embarrassed and upset that I was ever associated with this monster'."

She went on to say: "Instead what we hear is he thinks it was honourable to go to his home after his sex crimes conviction and spend four days there because Jeffrey Epstein could introduce him to people, that makes no sense at all.

During the interview the duke denied he slept with Virginia Giuffre, one of Epstein's victims, on three separate occasions, twice while she was underage, saying one encounter in 2001 did not happen as he spent the day with his daughter Princess Beatrice, taking her to Pizza Express in Woking for a party. The same alleged sexual liaison, which the American said began with the royal sweating heavily as they danced at London nightclub Tramp, was factually wrong, the duke said, as he had a medical condition at the time which meant he did not sweat.

He twice stated his relationship with Epstein had provided "seriously beneficial outcomes", giving him the opportunity to meet people and prepare for a future role as a trade envoy.

He cast doubt on the authenticity of a picture that appears to show the duke with his arm around the waist of Mrs Giuffre, when a teenager.

He expressed regret at making contact with Epstein in 2010 - flying to New York to say in person the friendship was over - after the 66-year-old had been released from an 18-month prison term for prostituting minors. 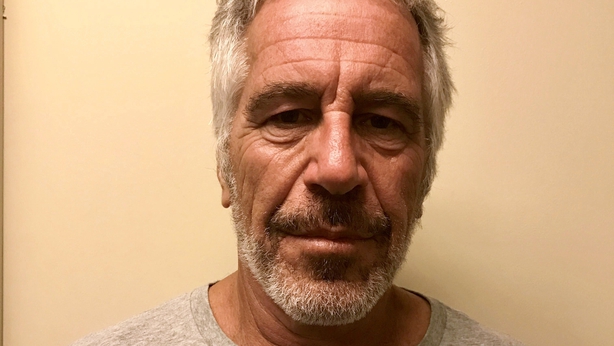 But Ms Maitlis highlighted how he spent a number of days with him at his home, and how he was guest of honour at a dinner party she said celebrated Epstein's release.

Ingrid Seward, editor-in-chief of Majesty magazine, told BBC Radio 4's World at One programme that in the wake of the interview, the duke could find himself out of the core royal family, if reports are correct that the monarchy will be slimmed down when the Prince of Wales becomes king.

Public relations and crisis consultant Mark Borkowski said about the interview: "I have never seen anything so disastrous. For any students of PR that is how not to do it.

"It was like watching a man in quick sand and unfortunately, I don't think anyone would have thrown him a line to get him out."