An alleged victim of Jeffrey Epstein has appealed directly to Britain's Duke of York to "come forward" and give a statement about the convicted sex offender.

The woman, only identified as Jane Doe 15, urged Prince Andrew to speak to the US authorities during a press conference in Los Angeles where lawyer Gloria Allred announced her client had filed a civil lawsuit against the disgraced financier's estate.

The 31-year-old, speaking after her lawyer reiterated earlier appeals for the duke to provide a statement, said: "I would also like to say I agree with Gloria that Prince Andrew, and any others that are close to Epstein, should come forward and give a statement under oath on what information they have."

Speaking about the convicted sex offender, who took his own life in jail while facing sex trafficking charges, she added: "Just because Epstein is dead does not mean others around him don't deserve their day in court as well."

The 31-year-old, who claims she was raped by Epstein when aged 15, said she did not come into contact with Andrew.

She had been invited to Epstein's island where the royal would be staying but did not go.

She said: "I was contacted by one of Jeffrey Epstein's assistants and invited to Epstein's island where I was told Prince Andrew, among others, would be a guest - I declined the invitation out of fear."

During her testimony, she described how she was first targeted by one of Epstein's assistants when on a school trip to New York, and later invited to his New Mexico Zorro ranch where she says she was sexually assaulted - only knowing him for five days in total.

She said the disgraced financier had a foam mattress floor around one bed in the ranch as he liked girls to sleep on the floor around him. 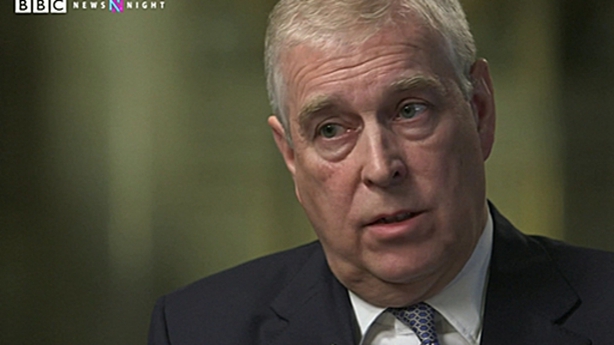 She went on to say: "It was clear from the time I spent with Epstein that something was very wrong with his lifestyle."

In his interview with the BBC's Newsnight programme, the duke said: "The other aspect of this is that ... I live in an institution at Buckingham Palace which has members of staff walking around all the time and I don't wish to appear grand, but there were a lot of people who were walking around Jeffrey Epstein's house."

Asked if he would give a statement under oath, the duke replied: "If push came to shove and the legal advice was to do so, then I would be duty bound to do so."