Gardai say the victim of last night's shooting in Co Meath knew his life was in danger.

Richie Carberry, 39, was killed outside his home at Castlemartin Drive on the Eastham Road in Bettystown shortly before midnight last night.

His murder is being linked to the ongoing feud in Drogheda. It is understood Mr Carberry, who was from Coolock in Dublin, was shot a number of times.

He was taken to Our Lady of Lourdes Hospital in Drogheda, where he died at around 1am.

The scene has been sealed-off for a technical examination. 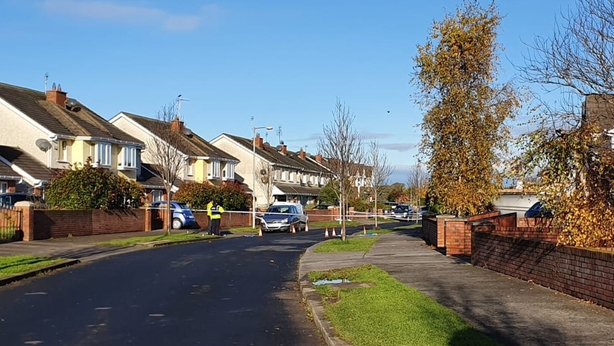 Speaking at a garda press conference, Superintendent Fergus Dwyer, of Ashbourne Garda Station, confirmed the man had been warned his life was in danger and an attempt had been made on his life last March.

Supt Dwyer said the father of three had just returned to home and was shot as he was getting out of his car and closing his gate. He was found on the footpath outside his house.

Gardaí say at least six shots were fired and they believe an automatic pistol was used. Three cars were struck during the attack - the victim's car, a car next door and a car parked across the road.

Supt Dwyer said this is a matter of grave concern for gardaí.

"Some of those bullets could have gone through a window of a house here, as you see, this is a residential area, a lot of families, a lot of young children", he said.

Supt Dwyer also moved to reassure people living in the area, saying gardaí are doing everything they can to find the culprits in this case.

He said garda patrols will continue in the area. He confirmed that just 30 minutes before last night attack gardaí patrolled the estate, as part of an ongoing operation.

Gardaí said a small van was found on fire at Eastham Road shortly after the shooting. He appealed for information and asked anyone who noticed the van in the hours before the attack to come forward.

The scene there has also been sealed-off by gardaí. 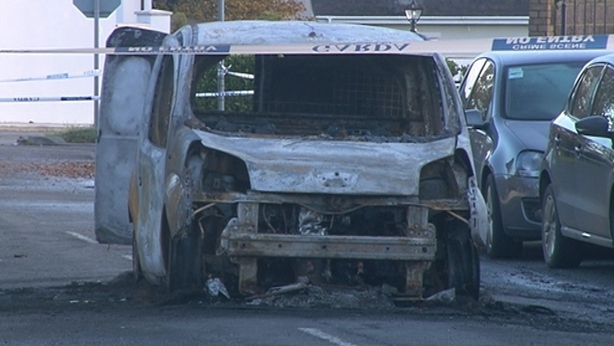 House to house enquiries are under way in the Castlemartin estate, and three cars have been removed from the scene for a technical examination.

Gardaí are appealing to anyone who may have witnessed the shooting or who may have information to contact the incident room at Ashbourne Garda Station on 018 010 600, the Garda Confidential Line on 1800 666 111 or any Garda Station.

They also want motorists and other road users who were in the area at the time of the shooting and who may have camera footage to come forward.

It is believed the shooting is linked to the ongoing feud in Drogheda, which claimed the life of Keith Brannigan in Clogherhead, Co Louth, in August.

There have been dozens of other incidents in the long-running dispute, which centres on control of the drugs trade in the town.

Gardaí are appealing to any witnesses or anyone with information, particularly any motorists who were driving through the area and who may have dash-cam footage, to contact Ashbourne Garda Station on 01-801 0600, the Garda Confidential Line on 1800 666 111 or any garda station.