Tánaiste Simon Coveney has said the Government is not going to compromise on a peace process which he described as "fragile right now" in favour of vague promises on what might happen to the border after Brexit.

Speaking in Paris, the Minister for Foreign Affairs accused the British government of "wiping the slate clean on the Irish issue" and reneging on commitments already made.

He said it is "hard to tell" if a no-deal Brexit is now more likely following the announcement that parliament in London will be temporarily suspended after it returns from its summer break early next month.

"Really, that is a matter for Parliament and I have always been careful not to get involved in the parliamentary business of Westminster. They have a sovereign parliament; they have to make difficult decision and choices," he told reporters.

"My focus is on protecting the country I come from, protecting the British-Irish relationship, protecting Ireland's place in the EU and its single market and customs union and most importantly now trying to protect a peace agreement that is 21 years old, that has saved lives, that has created normality between communities that in the past were in conflict."

Mr Coveney said a lot of time had been spent negotiating the Withdrawal Agreement setting out the UK's terms for exiting the European Unoin which he said would prevent the re-emergence of physical border infrastructure "which was a source of such tensions in the past."

He said: "Now we have a British government that seems to be simply wiping the slate clean on the Irish issue in terms of the commitments that they have made. We can never sign an agreement with that approach.

Read More:
UK parliament to be suspended ahead of Queen's Speech on 14 October
Parliament suspension plan a 'constitutional outrage'

"We have always said if there is to be a no-deal Brexit, it will be the choice of a British prime minister and a British parliament to allow that to happen. We want a sensible deal, based on the negotiations that have taken place over the last three years.

"Ireland is reasonable and has always shown flexibility and a willingness to compromise. We are not going to compromise on a peace process that is fragile right now on the island of Ireland."

The Tánaiste, who earlier held a one hour bilateral meeting with UK Brexit Secretary Stephen Barclay, added that: "Unfortunately what we are hearing again today from the British minister for Brexit is that Britain no longer seems to be committed to that approach which we know solves the problem at hand, and instead wants everybody to move forward and agree on the basis of a promise that we will try to deal with the complexities of these issues at some point in the future.

"We can't give up on something that we know works on the back of a promise without any idea as to how it is going to work."

Reacting to developments in London, Minister for Finance Paschal Donohoe told RTÉ News that "the events of today inject even more uncertainty to what could happen in the run up to October 31st."

Mr Donohoe said: "It's very much a fast-moving and evolving situation within the UK. That's very much a matter for them. What is very important here in Ireland is that the Government and all those who are supporting us in our efforts in the Oireachtas, remain very clear on what our areas of focus need to be, which is getting ready for what could happen on or after October 31 and continuing in our efforts to protect the Withdrawal Agreement and backstop within it.

"Even before this morning the prospects of a no-deal Brexit have been growing. The events of today inject even more uncertainty to what could happen in the run up to October 31."

We welcome the decision to hold a Queen's Speech marking the start of a new session of Parliament on 14 October where the Government will set out its new domestic legislative agenda. pic.twitter.com/A9TiFqiA0A

She added: "The fact is that Brexit is incompatible with the Good Friday Agreement and the Tories have shown a total and callous disregard for our country and the democratically expressed wishes of the people of the north to remain in the EU. The need to protect Irish interests is paramount."

I am asking @LeoVaradkar to use his powers under standing order 26 to initiate an early return of the Dail. We need to debate what is happening with Brexit and have full transparency in our response to the evolving crisis in Westminster. pic.twitter.com/bTtzkoYIYz 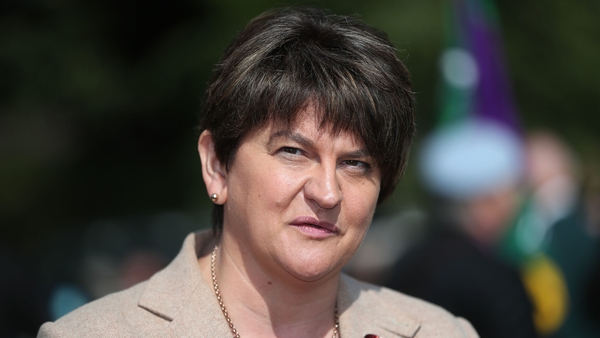 DUP says Johnson is 'well within his rights' to suspend parliament