Britain's Queen Elizabeth has approved an order to prorogue or suspend the UK parliament following a request to do so from Prime Minister Boris Johnson.

The order stands from no earlier than 9 September and no later than 12 September, until 14 October.

The House of Commons will temporarily close down ahead of 14 October when there will be a Queen's Speech to open a new session of parliament.

Opposition leaders have written to the monarch in protest with the Commons speaker saying the move was a "constitutional outrage" designed to stop parliament debating Brexit.

Labour leader Jeremy Corbyn said he "protested in the strongest possible terms on behalf of my party" in a letter to Queen Elizabeth and called for a meeting alongside other opposition members of the Privy Council.

Liberal Democrat leader Jo Swinson also wrote to the monarch "to express my concern at Boris Johnson's anti-democratic plan to shut down parliament".

Commons Speaker John Bercow - who has repeatedly angered Tory MPs over his approach to Brexit matters in the Commons - interrupted his holiday to launch a tirade against the prime minister.

"However it is dressed up, it is blindingly obvious that the purpose of prorogation now would be to stop parliament debating Brexit and performing its duty in shaping a course for the country," Mr Bercow said.

Opposition leaders led by Mr Corbyn agreed at a meeting on yesterday to use the moment when parliament returns from its summer break on 3 September to work together on a new law to prevent a no-deal Brexit in response to Mr Johnson's promise to take the UK out of the European Union on 31 October, with or without an agreement.

The Labour leader accused the prime minister of a "smash-and-grab on our democracy in order to force through a no-deal exit from the European Union".

He said: "When parliament does meet - on his timetable very briefly next week - the first thing we will do is to try and legislate and to prevent what he is doing.

"And secondly to challenge him in a motion of confidence at some point."

Mr Johnson said it was "completely untrue" to suggest that Brexit was the reason for his decision, insisting that he needed a Queen's Speech to set out a "very exciting agenda" of domestic policy.

He also denied the move was to pave the way for an early general election.

But he said it would allow him to bring forward legislation for a new Withdrawal Agreement if a deal can be done with Brussels around the time of the European Council summit on 17 October.

"There will be ample time on both sides of that crucial 17 October summit, ample time in parliament for MPs to debate the EU, to debate Brexit, and all the other issues," Mr Johnson said.

The Commons was expected to sit in the first two weeks of September and then break for the party conference season - although MPs had been planning to vote against leaving Westminster for the gatherings in late September and early October to allow more time to consider Brexit.

Mr Johnson's move will now ensure that the Commons is not sitting during the period and MPs will return on the day of the Queen's Speech.

In a message to MPs, Mr Johnson said EU leaders were watching their actions and "it is only by showing unity and resolve that we stand a chance of securing a new deal that can be passed by parliament".

But there was little sign of unity as critics of Mr Johnson's approach tore into him, with claims of a "very British coup" from shadow chancellor John McDonnell and demands for people to "take to the streets" from Labour frontbencher Clive Lewis.

Prominent figures on the Conservative benches were quick to express their deep concern about the approach Mr Johnson was taking.

Former chancellor Philip Hammond said: "It would be a constitutional outrage if Parliament were prevented from holding the Government to account at a time of national crisis. Profoundly undemocratic."

Former attorney general Dominic Grieve said he would be prepared to vote to bring down Mr Johnson's government to block a no-deal Brexit and "I think there are a number of colleagues who have said exactly the same thing".

MPs hit out at the position Mr Johnson had put the monarch in.

Senior Labour MP Yvette Cooper said he was "trying to use the Queen to concentrate power in his own hands" while fellow ex-Cabinet minister Ben Bradshaw said the move would "drag the monarch into an unprecedented constitutional crisis".

Scottish First Minister Nicola Sturgeon said: "Unless MPs come together to stop him next week, today will go down in history as a dark one indeed for UK democracy."

The announcement of the Queen's Speech came after Chancellor Sajid Javid fuelled speculation about an early election by bringing forward the date of the spending round which is expected to include crowd-pleasing funding boosts for schools and hospitals.

At the weekend, it was reported that Mr Johnson had taken legal advice from Attorney General Geoffrey Cox about temporarily shutting down parliament - known as prorogation - for five weeks from 9 September.

This would keep MPs away from the Commons until shortly before the summit of EU leaders on 17 October, potentially preventing moves to block a no-deal Brexit.

So it seems that Boris Johnson may actually be about to shut down Parliament to force through a no deal Brexit. Unless MPs come together to stop him next week, today will go down in history as a dark one indeed for UK democracy. https://t.co/68lFnEgiyr

We do not have a "new government." This action is an utterly scandalous affront to our democracy. We cannot let this happen. https://t.co/93TBKCSWhk

The Privy Council is made up of senior politicians who advise Queen Elizabeth. The ministerial head of the Privy Council Office is the Lord President of the Council who is currently Jacob Rees-Mogg.

Although members of the Privy Council are appointed for life, only ministers of the current government participate in its day-to-day business and they are accountable to parliament for all matters conducted through the council.

There is no fixed number of members of the council.

All cabinet members are appointed to the Privy Council, as are some senior members of the Royal Family, senior judges, two archbishops, the speaker of the House of Commons, leaders of opposition parties, and leading Commonwealth spokesmen and judges.

The council now numbers around 700 members. The quorum needed to hold a meeting of the Privy Council is three privy counsellors. 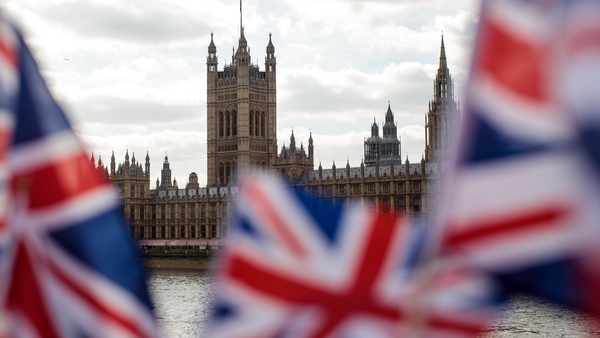